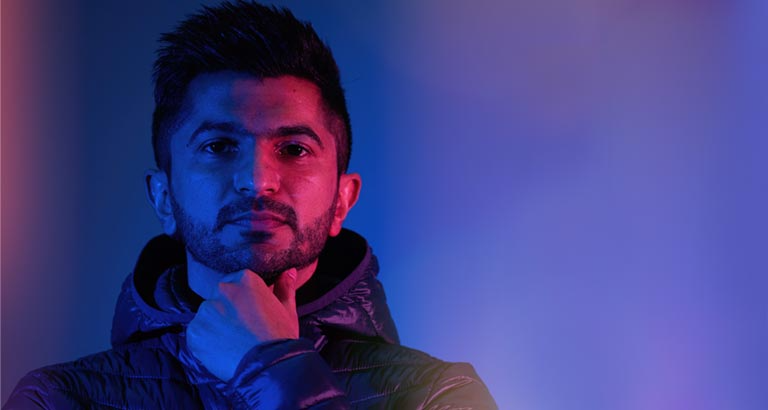 We chat with the ever-so-talented solo artist and song writer, Fawaz Al Shaikh, about the Conference of Birds.

Music is a very welcome escape from reality… especially in this day and age when the world is faced with one of its biggest challenges yet. It’s undeniable - Bahrain has long been home to a multitude of extremely talented musicians who put their heart and soul into their music. One such musician is Fawaz Al Shaikh, whose solo artist name is Conference of Birds. He’s recently released a divinely soothing album of the same name that is sure to bring on waves of nostalgia and inspire your deepest of thoughts.

Bahrain’s music scene needs no introduction to you, but could you tell our readers about yourself?
Music has always been my passion, ever since I was seven years old. In 2014, I co-founded a cover band named BG Harmony. We have been actively performing across the island at music events and festivals. In 2019, I started working on my own, writing my own music, composing and producing them which led to me releasing my first debut album titled ‘Conference of Birds’.

What’s the story behind the name ‘Conference of Birds’?
I wanted to give myself an artist name rather than using my own name but failed to come up with one which I believed fit. One day, while listening to the song ‘A Head Full of Dreams’ by Coldplay, I heard the reference to a “conference of birds” in the lyrics. So, I humbly borrowed that name for myself, which I chose for many reasons. I’m inspired by the word “togetherness”; it’s a powerful word, and I think its meaning is reflected in the name.

Tell us about your current EP. How long did you work on it and what would you consider the most memorable part of the project?
It took me about a year to write those songs and almost six months to record, produce, mix and master the EP. There were so many memorable moments during the project, but my favourite would be the choir recording. It was experimental and sensational to have six vocalists recording four out of the five songs that are in the EP.

You are the first Bahraini to have your album mastered at Abbey Road Studios - the studio where the Beatles made their albums in London, UK. How does this accomplishment make you feel? What was the experience like and how do you think it made a difference to the finished tracks?
With technology and digitalisation, artists around the globe can now master their projects almost anywhere. I specifically chose Abbey Road Studios because I am a huge fan of the Beatles. It’s because of their songs that I became an artist. Just knowing that my music has been processed in that same physical building is enough for me to have that inspiration and satisfaction.

How would you describe your music?
I would say my music in this EP is an expression. I admire many artists of all kinds who express themselves through their artwork. In my music, I tried to spread out some positive energy, hope and love in those songs in my own way. However, I am sure listeners would have an even better perspective in describing those songs on the album as they can be interpreted in many ways.

What’s the story behind ‘Two Lost Boys on a Run’?
This song is about friendship. I rarely listen to stories about best friends growing apart. So, I wrote a song about it and hope people would be able to relate to it.

Where did you find the inspiration for your music? Which of the tracks on your current EP do you believe you connect with the most?
My inspiration came from various artists, both: global and local. The Beatles and Queen would top the list of global artists who have inspired me in every way possible. Not only did I listen to their music, but actually studied their songs and analysed most of them. In terms of local artists, I only learned from the best; Ala Ghawas, who in my opinion is the best song writer in our country; the members of Likwid Band - Ahmed Alqasim, Khalid Alshamlan, Ahmed Abdulaziz and AbdulrahmanMalallah; Mohammed Haddad who I consider my prime teacher in music; Na Der and many other artists who support me and many other local artists.
I have heard many opinions from listeners regarding their favourite track in the EP. For me personally, I’m highly connected to the song ‘Fly’.

You are a renowned musician in Bahrain, considering that you are a part of the band BG Harmony. What are your thoughts on Bahrain’s music scene and how has it adapted during the pandemic?
Bahrain’s music scene has been booming positively in the past decade. Many opportunities opened up through music festivals, food festivals, shopping festivals, public and corporate events and many more. It’s a given that the pandemic has affected all industries and the economy as a whole, but for me personally, staying at home during COVID-19 was the main factor to give me time to work on my EP. It was an odd advantage that I took. 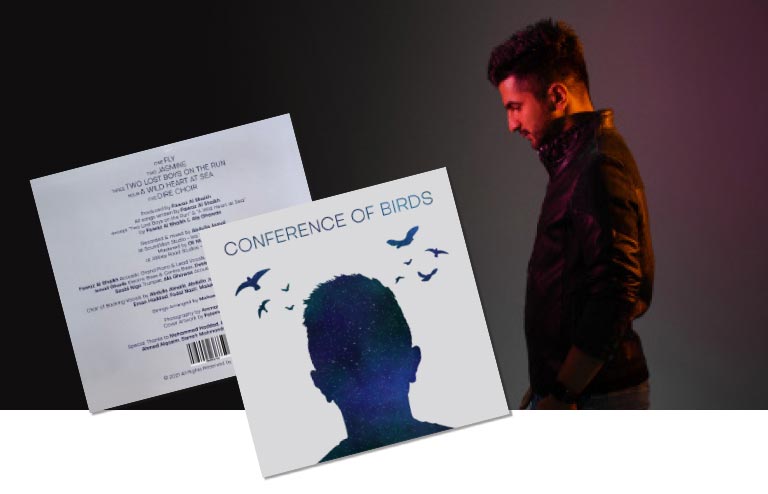 Tell us about your musician friends that you collaborated with on the project.
I have contacted many talented friends and artists locally that I believed would add value to this album. I was blessed enough that none of my approaches were rejected. This includes Ala Ghawas, Abdulla Jamal, Jesse Q, Ismail Gharib, Debbi Francisco, Szabi Nigo and more.

What’s next for you?
Next stop: waiting for the situation to settle down in Bahrain. When it’s safe enough to go public, I will definitely go live with this album. Once I’m done with that, I will move on to writing my next album hopefully.

Where can people find your album?
The album is physically available for sale at Virgin Megastore in Bahrain City Center, Room 2 Rock in Saar and La Guitara Music Centre in Hoora. The album is digitally available on Apple Music, Spotify, Amazon Music, Anghami, Youtube Music and more.