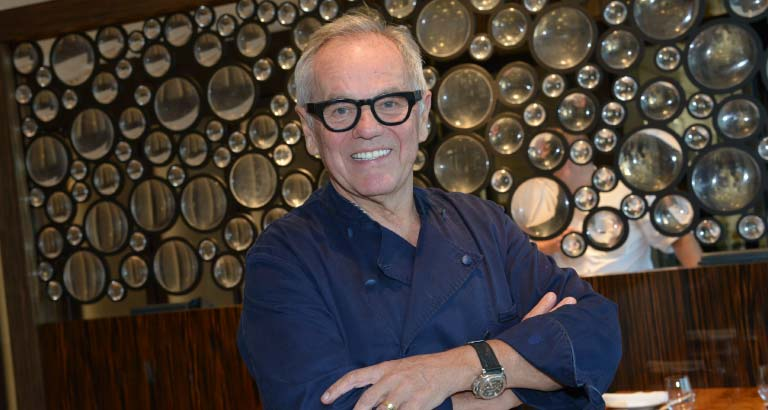 What kept you from your usual visit to Bahrain during Formula 1 this year?
I was involved in an experience of a lifetime during the Formula 1 this year. How often does a kid from Austria, who never went to high school, go to Harvard? I took the course in owner/president's management; the OPM.  We had business people from all over the world partaking in it. And it's just like regular college, you know, eight or nine people living together, each having their own bedroom. At least we didn't have bunk beds!

And we talked about case studies, about what’s going on [in the world], so it was a great experience. The good thing is I learned a lot and met people from all over the world. Though, because I'm in the restaurant business, I do meet friends from all over.

What made you decide to open up your restaurants in Bahrain?
We were looking at Dubai to start something there, but then we were shown the Four Seasons project that was still coming up at the time. And I thought it looked great. So, we flew down here and we saw that the people were really nice. Everybody has such a different attitude, which is warm and genuine. Absolutely empowering, compared to Dubai.

Then we met the Sheikh at his farms. It’s really fantastic that somebody has grown all this produce in the middle of the desert. It is absolutely great. We also went to the fish market here. And I saw that Bahrain is much more a community place, where people who live and do business here could enjoy our restaurant. And I think it turned out really well for us.

Have you noticed any changes in the market?
The first year was difficult for us to attract enough customers because it is a little bit intimidating.
But the Four Seasons in Bahrain is not your average Four Seasons in, say, Austria. I think this is probably the nicest Four Seasons Hotel I have been in. And I told Isadore Sharp, who is the founder of the Four Seasons, that his best property is in Bahrain – from the rooms to the facilities and food service.  With our Asian outlet and Cut, I think it's a great mixture of restaurants.

Are there any plans for further expansion?
My team is in Saudi, as that would be a natural expansion from here. Saudi is undergoing significant cultural and social change, which I think might be good for us.

How have you brought success to the business in Bahrain, even while being located in Los Angeles?
You know, it all comes down to the people in the end. It helps when you have people like Brian, Josh [Wetshtein] and Fabio, who are also interested in the business side of things. I can find a lot of chefs who are very good cooks, but they don't care about the business side. They say, ‘oh, somebody else is going to take care of that’. But they are the ones cooking, buying the food and overseeing the kitchen.

We really manage our restaurants. I don't just send our partners a chef, you know? I'm involved in the restaurants myself because, for the brand, it's really important.

I know people in this business who just lend their name and then have the hotel operate it. They might train the chef from the hotel who comes and works with them for a while. But, for our brand, it is important to pay attention to all our restaurants. There are people like Brian who have been with me for 12 years or so. They know the culture of our organisation. I am always urged to expand, but if I do not have similar talent, how can I expand? You have to have the right people on your side.