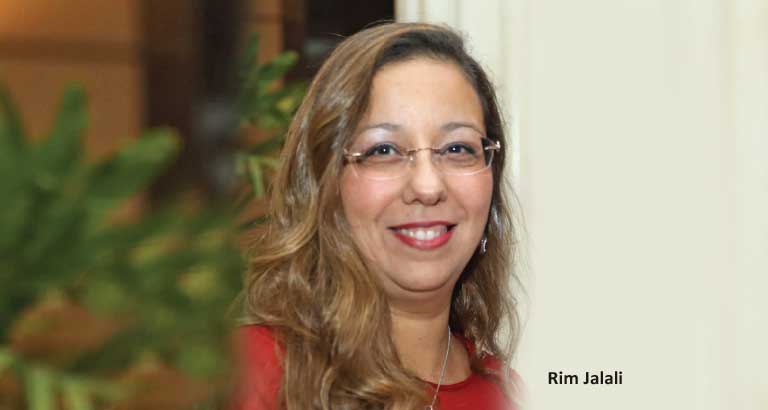 Rim Jalali, executive director of the French Chamber of Commerce and Industry in Bahrain, writes for BTM on her role and the young organisation’s achievements.

When I first came to Bahrain with my family in 2006, it was for a two-year expatriation experience. But this country is a real trap, a place where expats can enjoy life, in peace, in security, and feel at home. And here we are, still in lovely Bahrain for 12 years, and I hope more! I am sure you’ve already heard this story several times.

Before joining the French Chamber of Commerce and Industry in Bahrain [FCCIB], as its executive director at its creation late 2015, I worked at the French Embassy for eight years as deputy French economic counsellor. I have a background of more than 12 years’ experience in business development and marketing.

The creation of FCCIB was initiated by both sides – French and Bahraini businessmen – who believed in the potential of expansion of the business ties and relations between the countries. Through my position at the French Embassy at the time, I was very happy to take an active role and participate in the project until its official registration in April 2015.

I proudly took the position of FCCIB executive director in September 2015, and, under the guidance of a founding board of directors composed of half Bahraini and half French businesspeople, oversaw the launch of this young institution from scratch. This involved everything from the establishment of governance bodies, to the conception of service and membership strategy, to the purchase of furniture and equipment of the FCCIB offices.

In record time, the FCCIB was integrated into the extensive network of the French Chambers of Commerce and Industry abroad [CCIFI], which comprises 120 French chambers across 90 countries, bringing together 35,000 company members.

From inception, FCCIB had full support from Bahraini government and public institutional partners including the Ministry of Foreign Affairs, Ministry of Industry, Commerce and Tourism, the Economic Development Board, Bahrain Chamber of Commerce and Industry, Mumtalakat and Tamkeen, and developed strong relationships with French global partners such as the French Embassy in Bahrain, CCIFI and Medef International [part of the French Business Confederation].

FCCIB received a warm welcome from the business community in Bahrain and gained credibility through actions, events and a commitment to provide the best service to its members. I am very excited to see the results we have achieved after two fruitful years of activity.

Today, the FCCIB has three permanent staff completely dedicated to the service of more than 180 members representing 85 companies including a diverse portfolio of SMEs and multinational corporates – French, Bahraini and international.

FCCIB has organised more than 30 networking events and conferences, on a multitude of topics with high-level guest speakers. We have equally been actively assisting French and Bahraini companies in developing their businesses in Bahrain and France via tailor-made services including prospection [factfinding] missions and market intelligence. EDF, Fives, Delifrance and Groupe Fayat are some of the prominent corporations that chose the services of FCCIB to develop their activities in Bahrain. We recently launched the VIP Schengen Visa service in partnership with the French Embassy in Bahrain, and soon will be offering French courses to our members in collaboration with Alliance Française, and partnership with Tamkeen.

FCCIB positions itself today as the gateway for French companies interested to explore the Bahraini market and for Bahraini companies looking for opportunities in the French market.

It is an effective platform to showcase the French know-how and expertise of our French business community in Bahrain, in the region and, of course, in France.

For me, managing the FCCIB, is not just a job, it’s more of a passion. I started this amazing journey along with the chamber’s board members and founding shareholders and am very proud to see the results we have achieved so far. More challenges do, however, lie ahead and I look forward to the FCCIB becoming an integral part of the business scenery in Bahrain, providing more support to ambitious and creative entrepreneurs from Bahrain and France.

I worked at the French Embassy for eight years as deputy French economic counsellor.”