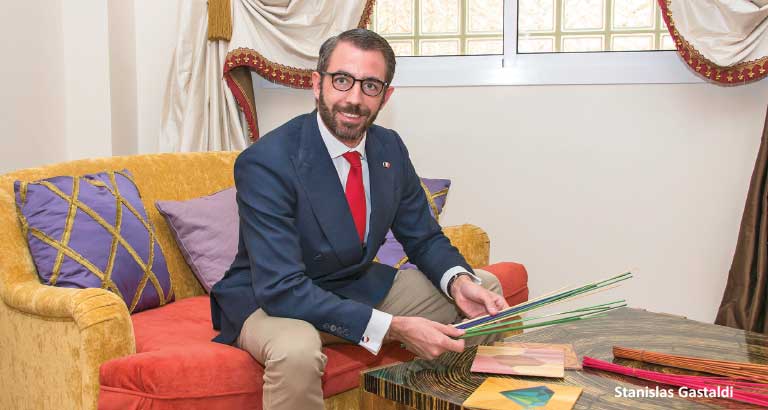 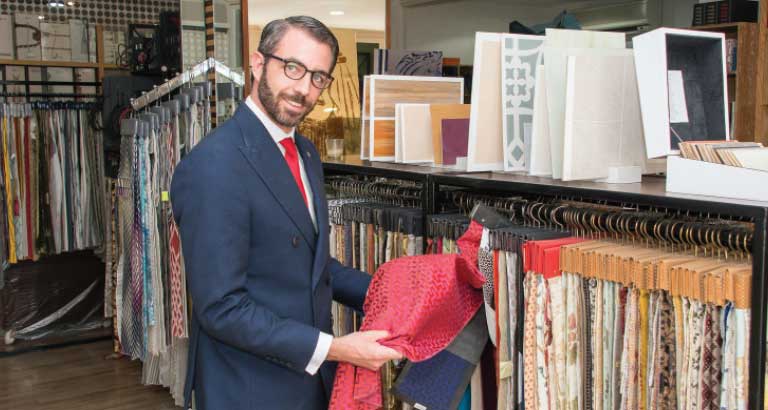 One of the Kingdom’s oldest, most quintessentially French businesses, Daniele Décor was established more than 30 years ago with the aim of bringing a certain ‘je ne sais quoi’ to the region’s interiors. It has changed hands and is now part of one of the world’s largest bespoke French design companies, but is still busy exporting that unmistakable Gallic flair to the world, from our tiny Gulf island.

“The materials and techniques we use are, mostly, distinctly French – handed down through generations. And our workforce here are artisans who have been with the company for many years. They learn the techniques from their French counterparts and pass them on to others in the business,” says Stanislas.

Daniele Décor will be among the companies chosen to represent the republic at a celebration of French National Day to be held at Sofitel Bahrain Zallaq Thalassa Sea & Spa (itself a recognisable French brand) on July 14.

And Stanislas is keen to point out that staffers will be showcasing a range of new techniques, recently introduced and available through the company exclusively in the region.

“A new project, straw marquetry, is something that can only be done by us,” he says. “It’s very dedicated, also a long process and expensive. There are fewer than five companies doing it in France, two in the US, and we are the only ones in the Middle East.

“It’s an old technique from the 17th century that was crafted in Poland, where they used it for relics to replace gold, as that was too expensive. At the beginning of the 20th century, around 1920, a French architect began to revive the technique on boxes and cabinets et cetera. Designers in France and overseas soon started to reuse it. We tried it and it did a great job, so we sent some people to France and the US to learn the technique – we’ve only been doing it since September – we also had a French team come to work with us. It is very important for us to have that French know-how and we are using only French products to get the right high-end finishes.

“For the expo at the Sofitel we will also show eglomised glass [verre églomisé is a French term referring to the process of applying both a design and gilding onto the rear face of glass to produce a mirror finish]. We are gluing gold leaf onto the mirror, which is very popular with high-end private clients. In this, we are also unique in the Middle East and I think there are, perhaps, only 10 companies doing this even in France.”

All these techniques come from Atelier Meriguet – part of the French conglomerate Group Meriguet, which has been a major shareholder in Daniele Décor since the original owner’s departure five years ago.

With this backing, the company has the biggest fabric collection in Bahrain with 37,000 fabrics and 17,000 wallpaper samples – though Stanislas says success is as much about the talent of the team of artisans, many of whom have been with Daniele Décor for decades, with skills being passed down through generations.

And, though the company is embracing traditional methods, he is also quick to point out that the modern world is never far away with virtual reality (VR) another USP (unique selling point) in the marketplace. “We can use VR to put you into the home you are going to have,” says Stanislas. “We can create a whole room in 3D and, for some special clients, we can also make them movies, traversing around the space.”

With painters creating canvases to hang on ceilings, à la Versailles, while others create video room simulations – there is no doubt that Daniele Décor is bringing a taste of French style to Bahrain and beyond. But Stanislas concludes: “Frenchness is at the heart of our service, the attention to detail and the traditional techniques we use. But, at the same time, we are proud to be an international company, too, with a Sri Lankan, French, Indian and Bahraini workforce.”

We catch up with Sébasti...