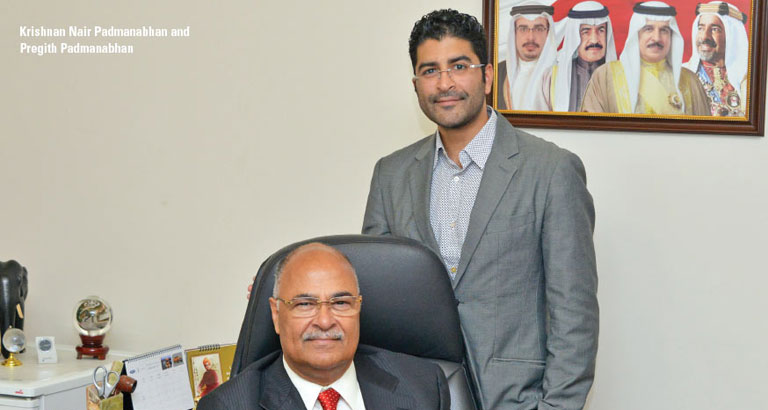 Mr Pappan first came to the Kingdom from India in 1976 and worked in cleaning services before moving onto Sheraton Bahrain Hotel. After a short spell back in his home country, he returned to the island determined to set up his own business in waste management.

He says: “There was plenty of opportunity as there were a lot of requirements for this kind of service in Bahrain at that time. I entered into a partnership with Mr Ahmed Mohammed Al Jaber, which has been continued with his son, Mr Fawzi Ahmed Al Jaber. I put in the investment and we started with just six staff, including myself.”

Al Tawfeek initially began with liquid waste disposal and quickly broadened its offering into skip hire and disposal of solid waste. These days the company covers all areas of waste management from providing sewage tankers and compactors to skip services and hydro jetting for drain clearance.

In later years Mr Pappan also expanded into hygiene services with a specialised housekeeping and cleaning division as well as removals.

An impressive line-up of equipment includes 75 trucks and machines, 90 vehicles across the different areas of operations as well as 800 skip buckets, which can be spotted around the island.

These days Al Tawfeek employs more than 350 people and the founder is proud of its record for staff orientation and training particularly on large contracts where workers have to pass the client’s tests as well as Al Tawfeek’s own exacting training.

“This is a great area in which we are always learning,” says Mr Pappan. “For example, we have staff working with various well respected international organisations, we learn from the training they undertake and implement the same high standards in other areas of the business.”

He is also proud of how the company has recovered from a dark period when the formerly 700-strong workforce was drastically reduced due to dealings with a dishonest business associate.

“We suffered huge losses,” he explains. “But we have regained through hard work and honest dealing. Some of the highlights of our 34 years in operation have been taking care of our employees [with some of the original workforce only recently retired], being straightforward and continuing to maintain the quality of the services we offer.”

And asked about his plans for the future and possible retirement, he smiles and declares: “I will keep walking till the end. But, of course, we have to change according to the times and give a chance to the new generation. My son, Mr Pregith Padmanabhan, is now fully involved in the operation of the company and we are always looking for new opportunities.

“Running a business is a thrill and the most important thing to remember is to work hard, be disciplined and honest in all your dealings and then success will follow.

“I would like to take this opportunity to express my sincere gratitude to the Government of Bahrain and ministries for their continued support and cooperation for this achievement of 34 years and making this dream come true.”