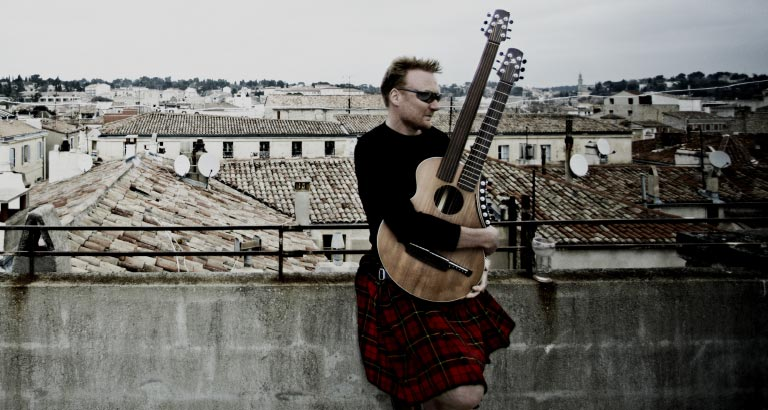 Are you a collective or is it purely you, getting people together for specific projects and can you tell us about the most recent ones?
I have always done a mixture of solo classical guitar work and collaborations, but I was looking to put all future collaborations under one banner, hence `The Sundial Project' The music video is the first of such videos under this banner. The idea is that The Sundial Project is also a live band concept that can be anything from two people upwards.

The name was created by drummer Terl Bryant. A sundial just sits there, but when light hits it tells you where you are. Guides you.

Where did the inspiration come from and how did you select the musicians to be involved?
I wanted to try a remote collaboration, so I called upon drummer Terl Bryant, sax player Mike Haughton, Flamenco artist Pepe Martinez and singer Lydia Martin, all of whom I had worked with before. They have their own respective studios, so the first step was to have everyone record their parts. Once the track was mixed, I went to the UK and France to film Terl, Mike and Pepe. Lydia, I filmed here in Bahrain. I made it back to Bahrain just before the global lockdown started due to COVID-19 and embarked on the video editing.

What is the singer saying?
Pepe wrote the lyrics and the translation from Spanish is: "Let the water tell you the way, that you have to drink to know... what hurts, what hurts."

You said you started working on it before the virus really hit, how did it become Quarantino?
Naming of tracks or composition is always an interesting and sometimes difficult process. Pepe had worn a mask during the film recording, we just liked the idea, little did we know that one month later masks would become central to people’s everyday lives. The name Quarantino just seemed to fit given the circumstances.

What brought you to Bahrain?
I first set foot in Bahrain in 1999 to give guitar workshops for a group of musicians. Bass player Ahmed Al Qassim was part of that group. I loved Bahrain from the outset and during that first visit I collaborated with Bahraini Pearl Diving musicians. I visited many times and came back for a longer stint in 2016 to make the documentary Grain of Sand. I met my wife-to-be here, Lydia Martin, and we are still here. 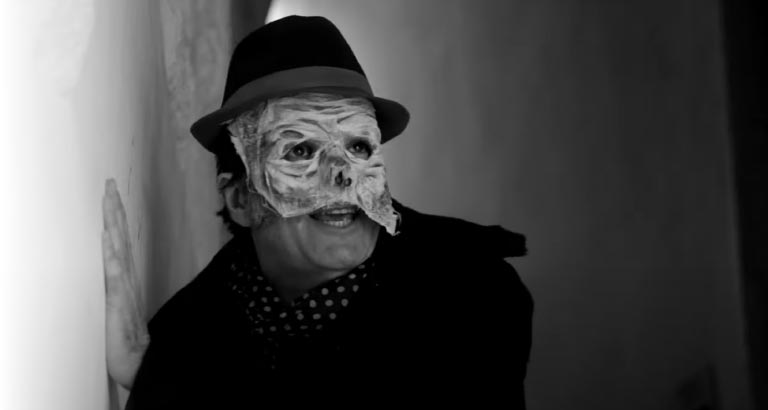 Is the island home now?
It is and as a film maker there are so many fascinating perspectives, stories to be told. Bahrain is a unique place, I would say the jewel of the Arabian Gulf.

What’s next? Are you working on anything during our mini lockdown?
At first, I found the lockdown challenging but after a couple of weeks I began to see ways of using this time creatively. I am planning a film about Bahrain for Netflix, which talks about Bahrain culture and how Bahrain is so open to people of all cultures. The COVID-19 situation says it all, that Bahrain treats everyone equally, regardless of race, religion or social standing. 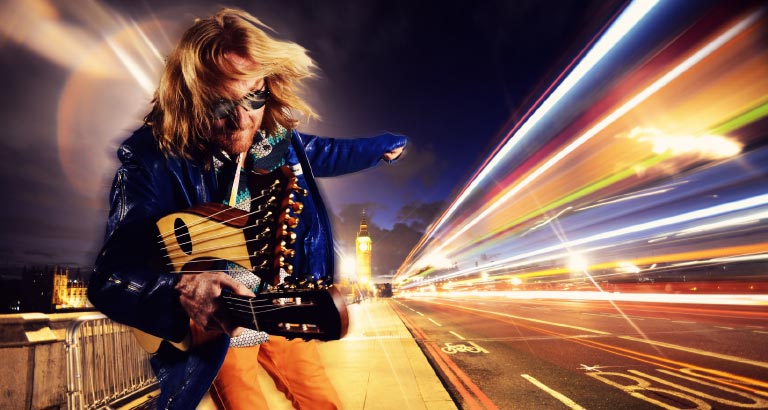 Jason Carter’s musical depth and extraordinary style have left an indelible impact around the globe. Touring with his inimitable fusion of world music and classical styles, he has performed in more than 100 countries and travelled over a million miles – making music in such diverse locations as Afghanistan, Uzbekistan, North Korea, Pakistan and the Gulf States.

Garnering a reputation as an ambassador for peace and intercultural dialogue by using music to open doors for communication, Jason has received honours and awards for these efforts and also support from UNESCO, The United Nations and the British Government.

Jason is a guitarist/composer of the highest calibre and originality. Prolific and exceptionally creative, he continually produces captivating and alluring music that showcases not only his classical abilities but also his obvious love for world music.

Played with humility, passion and exquisite flair, his music offers audiences a profound and intimate experience, regardless of the size of the venue. Jason’s ability to connect with his audience is unparalleled and offers a moving, thought-provoking and unexpectedly comforting experience.

He has made the bold transition from music into film and completed his first documentary Grain of Sand, a film that raises questions about cultural identity through the music and heritage of the pearl divers of the Arabian Gulf. Grain of Sand enjoyed its world premiere at Dubai International Film Festival in December 2017. It reached the top five in the film competition at Pakistan International Film Festival in Karachi and went on to premieres around the world including UNESCO screenings as part of the 'World Heritage' series.

What They Said
“Jason helps to build much needed relationships across borders that the technological forces driving globalisation could never achieve.” – Neville McBain, British Council, Iran.

"Jason Carter builds extraordinary bridges between cultures; we are proud to have Jason with us.” – HE Sir Sherard Cowper Coles, British Ambassador, Afghanistan.