Life In The Deep End 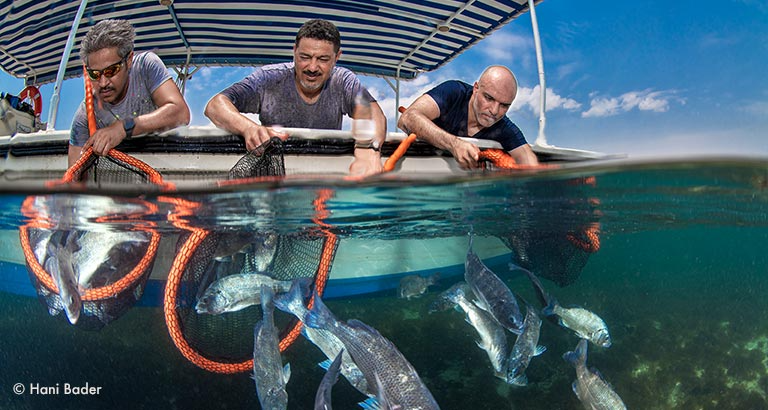 "The biggest challenge is that you are dealing with nature, and nature dictates what you get and when can you get it"

These are the words of the award-winning Bahraini marine photographer, Hani Bader – the man behind several captivating photographs that mesmerise the masses near and far.

While few have the sheer grit and determination to venture into the very depths of the ocean, even fewer have the ability to capture what lies beneath. “It’s a family thing. All members of my family are passionate about the sea and most of them, just like me, work in the same field; it’s more of a joint life and work thing,” he says.

“So, it’s been in our blood since childhood, as my home town is an island and we used to go on many sea trips and swim at all times,” he adds.

Since having his first experience with diving well over 20 years ago, Hani didn’t just develop an interest in marine photography… he perfected it. “I started diving back in 1997 but ventured on my journey into the world of underwater photography back in 2003 and it has been my passion and addiction ever since,” he says. 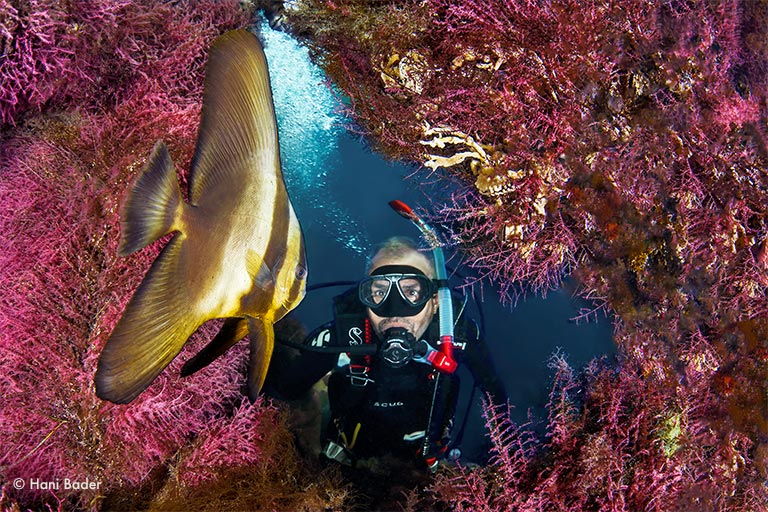 Hani’s first camera was a “point and shoot” camera - a gift from his father and the reason he pursued photography. “From there I used my first DSLR camera as well as the underwater housing in 2010 when I actually started to put my knowledge into practice,” he explains, adding that his daily routine includes browsing the internet for new tips, techniques, information, tools and market updates.

“I try my best to stay up-to-date with all that is related to underwater photography.  I also try my best to go diving at least once a week and travel at least twice a year for dives,” he says.

Hani has steadily developed his marine photography skills and has since been involved in several research projects regarding the marine environment and marine life. “My subjects include everything - from moving creatures to lifeless wrecks, but what I consider to be one of my most interesting and memorable photographs is the scene of the jellyfish with the Socotra cormorant taken in Bahrain,” he says of the award-winning photograph depicting the beautiful bird right in the middle of a smack of jellyfish.

“Capturing that scene back in May of 2014 as they gathered in large numbers has to be one of the most memorable experiences I have had on a dive. I was stunned by the scene and thrilled to have succeeded in capturing it,” he continues.

Hani has received numerous local and international awards and accolades and notably placed first in the Our World Underwater Competition (2014), University of Miami Underwater Photo Contest (2015), Batelco photography contest - BahrainEye3 (2015). He also placed second at the Underwater Photographer of the Year, London (2015), and received a gold medal at the Hamdan bin Rashid al Maktoum Photography Awards (2016). Most recently, Hani was the winner of the 2019 OIE Photo competition and Bapco World Environment Day Competition (2021).

Hani’s photography and documentation has been instrumental in monitoring the status of the marine environment in the Kingdom. “I have participated in a number of researches in collaboration with international and local crews regarding the marine life. Major research was conducted on sharks and dugongs in the region and another research project was conducted about the artificial reefs,” he states.

“Also, whatever we notice during our regular dive trips including rare incidents, violations, or concerns are documented and reported to the authorities. This in turn is shared with the public through social media in order to raise public awareness with regards to preserving and protecting these national resources,” he explains.

The public’s role in maintaining the cleanliness of the shore and sea is essential when it comes to preserving the marine environment. “We often rescue creatures that are trapped in trash.  Another thing the public needs to do is watch what they catch as some creatures are rare and need to be protected. Fishing shouldn’t be a fun activity done at the expense of a protected creature,” he says, adding that if followed diligently, these steps are sure to improve the condition of the environment on a great scale.

“The marine life is an asset which should be protected and nurtured better for the future generations to enjoy it,” says Hani.

Youth that intend to pursue marine photography are encouraged to give it a try. “It is an amazing world, so if you have a passion for it, dive in without hesitation and share with the world the beauty of your lenses,” he says.

With regards to challenges faced when out and about on dives, Hani believes it all depends on nature. “To explain further, the weather would dictate if you can dive or not, the water visibility would affect the quality of the photos and you might miss out on many great scenes due to that. Finally, and most importantly, your subject matters - the sea creatures.  It all depends on whether or not they allow you to take the shot in the first place as some are shy and others are so fast to catch on camera, not to mention the risk when dealing with some,” he explains.

“Underwater photography is more of a surprise journey. You don’t lead, you are just a witness of what nature is allowing you to reveal.  You might get an award-winning shoot or simply go back empty-handed,” he concludes.

To check out more of Hani Bader’s incredible photography, follow him using the handle @hanibader on Instagram.