Life Through A Lens - Moeez Ali 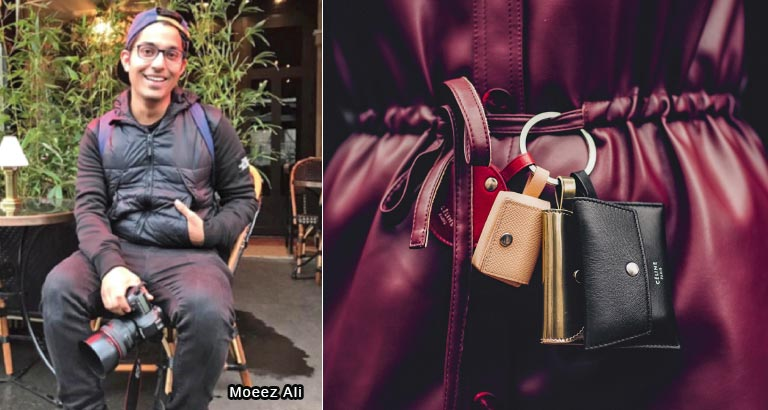 Moeez Ali, an American-born, Bahrain-bred young Pakistani found his footing in photography after co-founding and managing the fashion app Comb.

To me though, when looking at pictures, the ones that stand out are where you can see a connection between the subject and the photographer.”

From his work at Comb, Moeez branched out into photography, first a hobby and now a career. And today he finds himself chasing models all around the globe with his camera in hand. Natasha Khan caught up with him to learn more about his experiences.

Please tell us a bit about your background, particularly your connection to Bahrain.
My family moved to Bahrain in 2001, because of my father’s job, when I was 11 years old. I stayed there until 2008, when I graduated from Bahrain School. Eighteen years later, and my parents still live there, and I visit them frequently – Bahrain is, and always will be, a home to me.

What made you move to London?
I first moved to the UK in 2008 to attend university (Loughborough University), and moved to London in 2012 to try and get a job. Unfortunately, I didn’t have much luck, so I moved back to Bahrain for a year to work and then to New York. Whilst working in New York, my friend and I came up with a business idea for a fashion app, which led to me quitting my job and moving to London to pursue it. (It has since closed.)

How did you get started in photography?
When we had our app business, we needed street-style photos for content. We hired a young photographer (@mabdulle - Mohamed) who was just starting out, to help us create imagery and capture content at fashion weeks. About three years ago, I went with him to the Topshop show in London to identify people for him to shoot. However, there were too many people for him to get, so he handed me his spare camera, did all the settings for me and told me to point and shoot. The pictures I took were awful, but I really enjoyed the process and the atmosphere, so I shadowed Mohamed on several shoots, and he taught me the basics. I then practised as much as possible – fast-forward three years, and here we are. 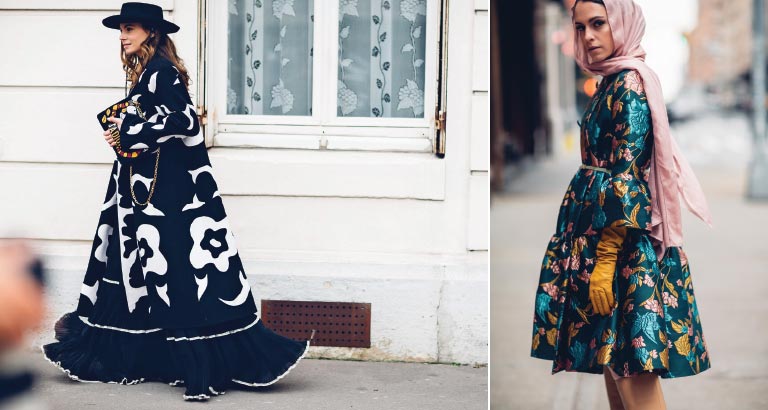 What’s the most challenging shoot you’ve worked on so far?
There have been a few, for various reasons – sometimes it’s a bad location or bad light, sometimes it’s a clash of personalities on the job or just a lack of preparation by the brand. If I had to pick one, there was one lookbook shoot for a major French brand which involved 10 models, a very narrow staircase, no space to move and awful lighting conditions. As expected with a shoot involving 10 models all at once, there were some shots where one model looked perfect, but then the other’s eyes were closed, so the creative director of the brand requested that I photoshop the upper half of one model from one photo to go over the upper body in another photo. I had to do this for several images, swapping heads and chests and legs around, all with a 24-hour turnaround!

What makes the good picture stand out from the average?
Very tough to answer because I think that all photography is subjective, which is also part of the beauty of it. One picture can be interpreted in so many different ways by different people, so what’s ‘good’ to me might be bad to someone else, and vice versa. To me though, when looking at pictures, the ones that stand out are where you can see a connection between the subject and the photographer. The picture, no matter what it’s of, will make me feel some sort of emotion when I can see the connection.

Some of the shots you’ve shared on your burgeoning Instagram account display photos you’ve taken of the world’s most exclusive fashion figures like Anna Wintour and Gigi Hadid…have you ever shared an interesting experience or had a laugh with a big star in between your rush to photograph them?
Oh yes, definitely a few interesting experiences. A few seasons ago, it was during NYFW and the weather was awful. One morning, in a rush to leave the house, I didn’t have time to dry my hair, so I threw on my brother’s cap (a old tattered blue baseball cap). In typical millennial fashion, this became a shortcut in the morning and I started wearing the cap every day. What I didn’t realise was that because all photographers tend to wear black and are therefore hard to distinguish, my blue hat was making me more ‘memorable’. At one show, Gigi Hadid was walking and, as always, the photographers were swarming all over her, whereas I was kind of standing off to the side waiting for her to have a quiet(er) moment. When I saw that it wasn’t going to happen, I called out to her and asked if I could get a quick shot, and she sort of did a double take and said ‘hey, you’re the guy with the hat!’ and then stopped and posed for me. I’m hoping it was a case of her remembering me because I wasn’t a photographer that was constantly in her face!