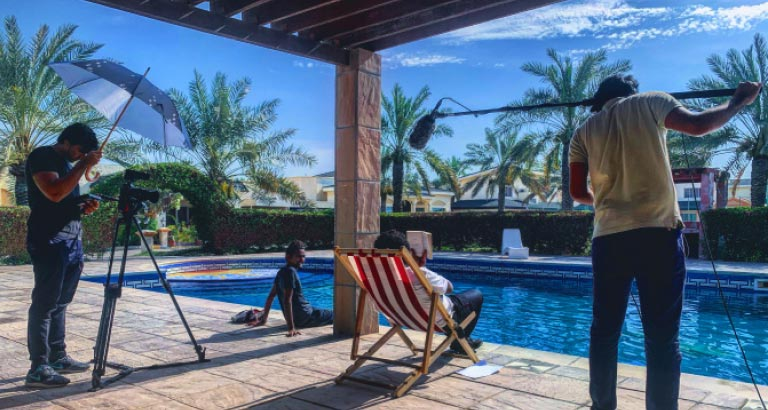 Bahrain’s movie buffs are in for a treat with an exciting murder thriller, titled ‘It Happened That Night’, currently being produced and shot entirely in Bahrain. The movie, which will be in Hindi and English, features a range of Bahrain-based talents including Sneha Ajith, Amy Vaya, Ashwin Shenoy and Sunil Sasheendran. BTM’s Hasan Ahmad caught up with the movie’s director, Nabeel Bin Riaz, who enlightened us on what makes the project all the more special.

So Nabeel, what can you tell us about your latest project - ‘It Happened That Night’?
The movie brings together some of Bahrain’s talented residents and will have an expected run time of an hour. While I will be directing the movie, it is being produced by Sunil Sasheendran, and co-produced by Anton Charles II and myself under the joint banner of Solitary Queen Studios and Miraj Media.

The movie’s protagonist is a police officer, played by Sunil, who made a grave mistake at some point in his career for which he has paid the ultimate price. Now being tasked with the investigation of a murder, he is met with various interesting incidents during the course of his search for the truth – all which encapsulate the main plot of the movie. 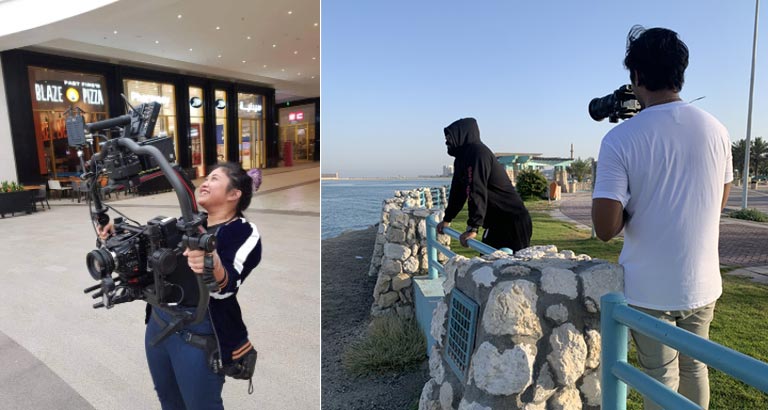 You mentioned that the movie will feature a couple of iconic locations around Bahrain. Could you name a couple of locations that Bahrain’s audience can look forward to?
The team’s passion for the project lies in creating a lasting impact in the world of media entertainment for viewers across the globe, and endeavour to etch an image of Bahrain that leaves a lasting image of the Kingdom through the art of film. As the saying goes - ‹Home is where the Heart is’; here we are trying to showcase Bahrain, our home, to the world through our film. Hence, we decided to shoot in the streets of Manama Souq, Bahrain Bay and some really attractive locations.

In addition, the Indian diaspora in the GCC, especially Bahrain, is a sizable number and we intend to showcase this diversity of Bahrain through our project. Though the team is primarily made up of expats, they are born and bred in the GCC, and see Bahrain as their home - striving to use the film as a means to showcase the Kingdom to the rest of the world.

What can you tell us about the movie’s cast and how did you pick them?
When I meet someone, I see a character in them and when I met each of them, I could only see them as the perfect match for my fictional characters. Each of them is an amazing actor and I’m really excited to see the end result. I cannot reveal further details on the roles they will be playing, but I can promise you that they won’t disappoint you. 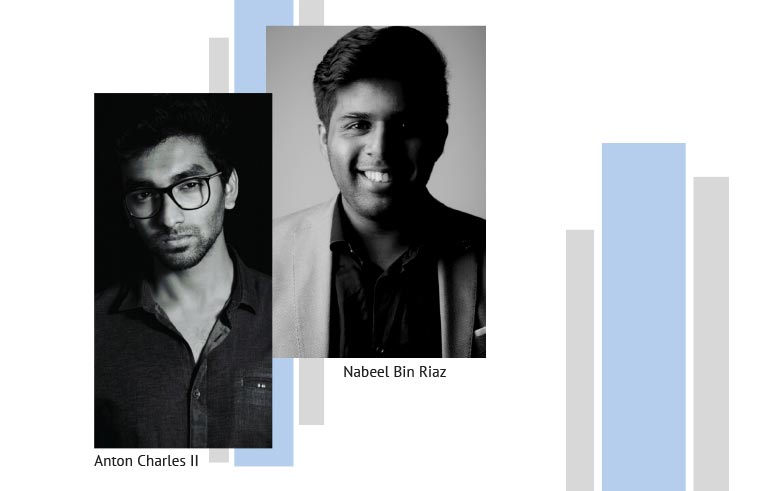 When do you expect to launch the movie and how do you plan on releasing it?
We are currently aiming to launch the movie between late 2020 or early 2021 on a Video-on-Demand (VOD) platform so viewers can enjoy the movie from the safety of their homes. Depending on the status of the pandemic, we are looking forward to a theatrical release for two weeks in the GCC and later launch it on VOD platforms. We are also currently in talks with Amazon and Disney+.

Are there any challenges you face with filming for the movie given the current outbreak?
We are taking all necessary precautions as outlined by the government of Bahrain to ensure the safety of our cast and crew. We also keep the crew present during shoots to a minimum, maintain social distancing, wear masks and gloves when possible, disinfect our equipment and make use of sanitising products throughout the shoot.

Any words of advice for creative individuals hoping to delve into the film industry?
Believe in your story, believe in yourself… Take your first step to turning your vision into a reality and the universe will work it out for you. Feel free to approach me or my team through Instagram or via email - we are always open to new talent collaborating with us.

To reach out to Nabeel Riaz, email: [email protected]
or message @thesilent_traveller1 on Instagram.