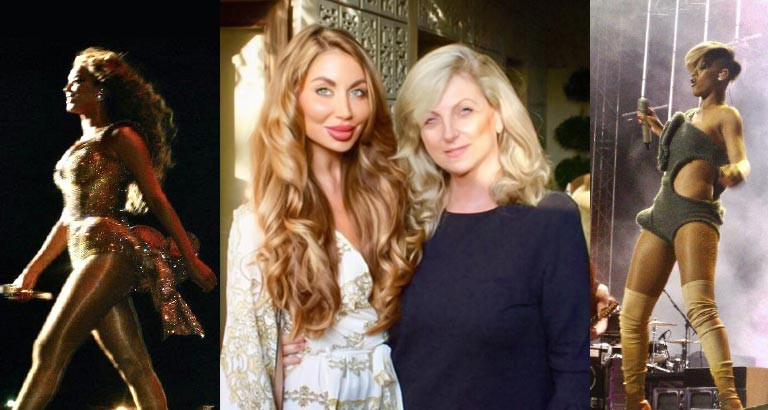 The founder of Mirage Promotions, Elissa Murtaza, is credited with having revolutionised the entertainment industry in Bahrain and the region. Here’s a look into her rise to success as written by Nadia Murtaza-Malt.

There are several things you think when looking into Elissa Murtaza’s piercing blue eyes. Some people might see traces of an exciting, unusual and almost unimaginable life, but for me, I see the woman I know best - my mother. Mirage Promotions and Live Nation are the names of businesses that people have heard in passing over the last 30 years. For Elissa Murtaza, these words are her legacy.

Elissa started her career in live entertainment in a marketing position at a Radio Station in Liverpool, which was home to The Beatles, when she found herself leaving a prestigious Art College in order to pursue her career. A young Elissa crossed paths with the likes of a very early U2 whilst working in Radio, and you could say, her fate in the music industry was set to sky rocket in the same way U2’s was destined to.

On a hope and whim Elissa took a plunge moving to an island in the Middle East that, at the time, was unknown and exotic – Bahrain, leaving behind the established hustle and bustle of a music-centric Liverpool in 1980. Still new to the industry, Elissa started what was the beginning of an evolutionary story to Live Entertainment the day she met a London-based talent booker who took her under his wing. She found herself booking everything from comedians to Motown artists, introducing a whole new world of nightlife sub-culture to the island. 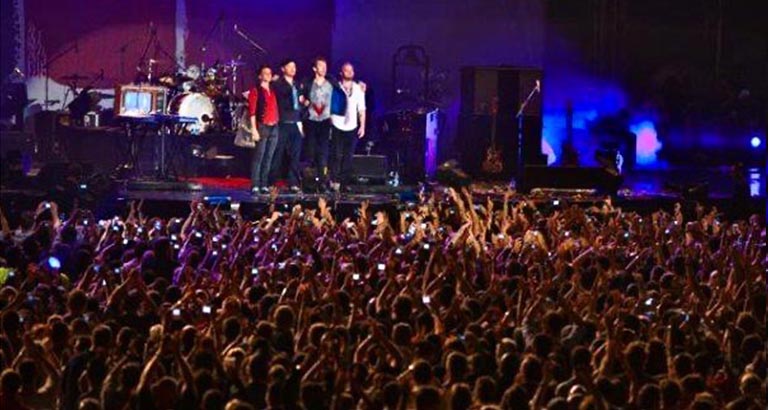 A few years on, Elissa was making her mark on an untouched gap in the market, primarily in nightclubs which would evolve into something of a much grander scale. “I noticed that the market was eager to experience bigger bands and better production, that would mean taking the emphasis away from small venues who had budgetary limitations and were risk adverse. So, I had to educate myself ground up on how to become a commercial concert promoter,” says Elissa.

“I realised I had to make a profit as well as produce an amazing concert,” she adds. That was when she established her own concert promoting and booking company - Mirage Promotions, in 1994 – with the ultimate aim of revolutionising commercial live entertainment in Bahrain and the region.

The beginnings of Mirage Promotions were incomparable to its ultimate destiny. “After gradually undertaking smaller live concerts, we produced Status Quo at the Holiday Inn before finally opening up the country to a steady stream of teen idols starting with Boyzone,” she said, reflecting on the company’s beginnings. “That was to be the start of a whirlwind of sold-out nights with the stars of that time.”

As many could testify, the excitement on the island was euphoric, as fans of all ages eagerly awaited the next announcement of who Mirage Promotions would present next; and Elissa always rose to the occasion. In many ways, it changed Bahrain forever.

Once Elissa had a firm grasp of introducing live ticketed events to an otherwise untouched industry in the region, she set her sights on growing her humble brand and expanding to Dubai. “After a surge of investment and fast growth in Dubai, I noticed an opportunity and became the first concert promoter with two fully staffed offices, opening Mirage Promotions Dubai in 1997. This ultimately sent our potential up several gears and because of this profile we were able to undertake bigger events, in larger venues which in turn attracted A-list artists,” she explains.

Regardless of effectively and unintentionally monopolising both: Bahrain and Dubai, Elissa understood the complexities involved on the business side of what appeared to most as an intensely glamourous career. “Mirage was built on a solid foundation of relationships and corporate partners, without that a significant number of big names would not have played in the region. From the late 1990’s onwards we attracted the sort of artists who would generally have skipped the region had it not been for corporate support - Alicia Keys, Mariah Carey, Destiny’s Child, Enrique, to name a few,” she says, modestly crediting sponsorship strategy and partnerships for her long-term success.

As their reputation of reliability, longevity and professionalism grew, Mirage promotions caught the attention of corporations and governmental entities seeking high calibre entertainment for their different programs. “It wasn’t long before we found ourselves undertaking talent booking on behalf of airlines to fulfill VIP gala events to promote global destinations- booking major performers everywhere from Venice to Houston, to Washington DC and everywhere in between,” she says.

With the growth of corporate relationships near and far, the natural progression of geographical scale began. “It was exciting to break new markets, by the mid 2000’s we were the indisputable leading talent booking and concert promotions agency in the region, we were in demand in Egypt, Lebanon, Greece, Turkey and Africa. During this prolific period, we were responsible for the touring of Aerosmith, Duran Duran, Ricky Martin, Shakira, Phil Collins, Santana and leading classical artists such as Jose Carreras and Placido Domingo,” she reminisces.

One of Elissa’s biggest personal successes was in 2005. “I was very privileged to be selected by Mathew Knowles to exclusively represent his daughter and superstar, Beyonce, as her booking agent for the Middle East, Africa and Greece. This appointment led to a number of fantastic Beyonce concerts in the territories I was responsible for. During a four-year period, this led Beyoncé to perform in Ethiopia, UAE, Egypt, Nigeria, Greece and at a significant number of private engagements across the region,” she says.

Mirage was also hired by This Day publications in Lagos, Nigeria to book talent for a ground-breaking annual festival there. “During those years we were responsible for booking and festival management, bringing Rihanna, Beyonce, Jay Z, Kanye West, Snoop Dog, Mary J Blige and 50 Cent, to name a few,” she says.

After several years of unconditional hard work and momentous obstacles that were overcome – Mirage came to a fork in the road that solidified its place in the international live music industry. “Our major turning point was when the US entertainment giant Live Nation, which is based in Los Angeles, approached us to buy a stake in Mirage. Over the years we had become their preferred partner in the region and as they expanded their operation across the globe, Mirage was to become their flagship operation in the region,” she says of a moment that changed everything.

In 2007 Elissa agreed to sell 65 percent to Live Nation and remained as Managing Director and Partner within the newly branded company, Live Nation Middle East, with its office in Dubai. “It was in essence basically a change of name because the business was already very established and far ahead of any competitors. The partnership was cementing what already was a long and successful collaboration. Mirage had come a long way from a small office in Bahrain,” she says.

The complexity of that achievement was to further ensure that the Gulf would always feature in the global touring plans of major artists such as Madonna, Coldplay and ironically in a full circle - U2. That fork in the road led to a seemingly never-ending list of the world’s biggest names, best known talents and undeniable superstars, but true to form, Elissa reminded us of her original business strategy, sponsorship and partnership.
“Becoming Live Nation Middle East opened new doors in commercial, corporate and government sectors. We forged a long and successful partnership with Flash Entertainment in Abu Dhabi, assisting them to book talent for their calendar of events including Guns n Roses, Christina Aguilera, The Killers, Eric Clapton and the talent for the Yas Island Abu Dhabi F1 Grand Prix,” she says

Elissa’s work from Mirage Promotions to Live Nation has been recognised with awards over the years including ‘Best Concert in the UAE’ for several years. “We never forgot our roots and continued to promote under our own banner as Live Nation Middle East,” she adds. 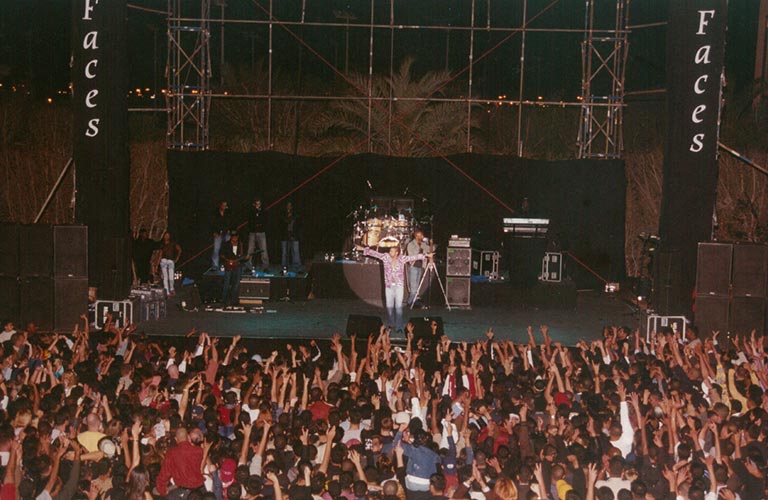 Elissa has since retired from her role at Live Nation. After a lifetime of having the best teacher, I walked in my mother’s footsteps and launched my own concert booking company - a notable success in the region until I relocated to Australia. My mum, despite her fiercely driven strategic business mind has taught me to always strive to achieve the seemingly impossible; which in essence, is exactly what she did, whether she believes it or not. A strong, indisputable woman who thrived in a region and industry where she would have been expected to flounder.

For those of us who were lucky enough to witness the Mirage Promotions era of Bahrain as kids, teenagers and young adults, we can testify that it changed the pop-culture of the country forever, creating a new culture, for a new generation; epitomising a moment in time that can never be replicated. More than anything, my mum started her career in Bahrain. From Bahrain she flourished into regional dominance. There were many that told her she couldn’t do it, or stood in her way, but she walked her own path.

She still walks to the beat of her own drum, and here are her words for you, in her trademark business model. “The advice I would give to anyone thinking of entering this industry as a commercial concert promoter is teach yourself every aspect of what it is to be a promoter including venue management, production installation, advertising, sponsorship and marketing. If you don’t have all the skills, you don’t hold the power. Delegating is great but only after you know the task yourself,”

“Never lose sight of the profit and loss and remind yourself that selecting talent is based on market preferences and not your personal taste. Most of all give the fans a fantastic event but don’t lose sight of the fact that you are in it to make money too. I am incredibly impressed and excited to see what the future of live music in Bahrain holds.

From the woman who knows her best, “Take the risk.”