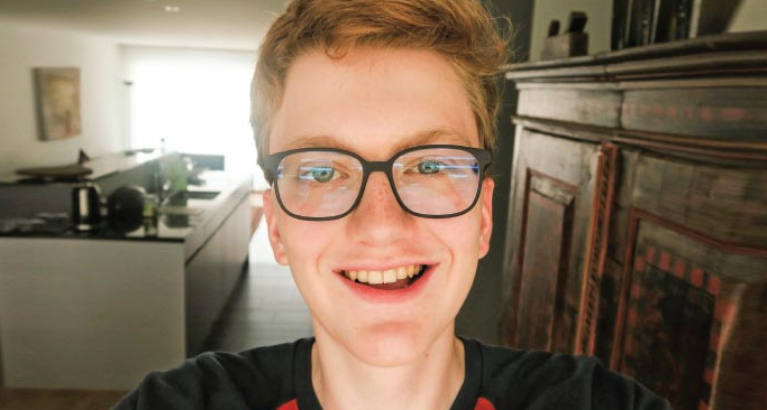 You’ve had a successful photography blog for a few years now. Why the decision to rebrand it?
ThePhotographyBlog was and always will be a big part of my life, but it started to come to a point where the content I was publishing had drifted so far away from photography that it simply wasn’t logical to keep the original name. Furthermore, alongside the publication that lives at https://themainframe.ch, I also run an online media agency, which helps businesses define themselves in the online space. The title ThePhotographyBlog became confusing to customers as the name itself implies a focus on photography and blogging, when that wasn’t solely at the core of what is now The Mainframe.

What’s the story behind the name The Mainframe?
Although I quite liked the name ThePhotographyBlog because it was specific and made clear what I did, it was also limited in that regard. The Mainframe, on the other hand, is a title that can really adapt to anything; I am intending to open The Mainframe up to other types of content, including restaurant and hotel reviews. Of course, when we think of a mainframe we think of a computer and of technology, and, as intended, this shows that technology is very much still at our core.

What will the new website offer in terms of content?
Just as before, The Mainframe will publish content revolving around photography, filmmaking and technology, with the goal of helping people understand the significance of the latest news in our current geopolitical society. Many publications tend to use their readership to swerve the political opinion or to further an agenda through taking sides and inferring information that is often neither true nor actually well founded. The Mainframe publishes content based around facts, never speculation.

Facebook has been in the news a lot lately. What do you think about its security and privacy policies?
Facebook is in a difficult situation at the moment, especially since they’ve only just recently and very questionably released Facebook Portal – a smart, hands-free calling system. Of course, the release was matched with a large amount of backlash, with many saying that Facebook wants to listen to our conversations and record us without our knowledge. They have similarly been accused of using the app on iOS and Android to listen to conversations, but, of course, this speculation isn’t based on fact. Countless publications have used headlines and written articles about this as they are desperate for views, but they’re all based on speculation. Here at The Mainframe, we’ve taken clear initiative towards publishing the facts surrounding the topic of Facebook (instead of speculating) especially during their incident with Cambridge Analytica.

What’s going to be big in tech in the coming months?
We’ve actually just surpassed one of the most interesting times of the year. There have been a significant number of smartphone releases lately, including both the Google Pixel, and iPhone XS and XR.
Similarly, we’ve just seen the OnePlus 6T announced on October 17.