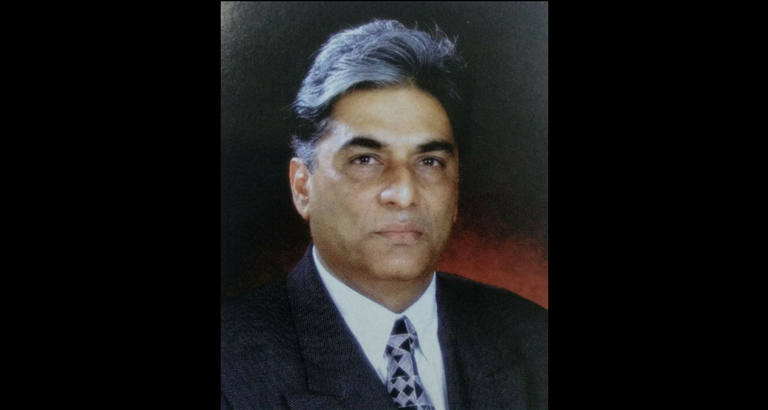 Mohammed Dadabhai believes in diversification. “For life to go forward, to progress, we must give the younger generation a chance to take up their responsibilities. I look forward to the third generation of Dadabhai’s assuming more control of our businesses.”

“Then I sit and watch cricket.” We were talking in Mr. Dadabhai’s office in the Baisan International Hotel. Mohammed Dadabhai is chairman of Dadabhai Group which compromises many divisions of a large empire with interests in toys and stationery, building construction and maintenance, real estate property development and travel.

After a 40-year career, Mr. Dadabhai is beginning to feel the need to slow down. “It’s such a tiring job being chairman.” He’s now started to delegate, something he wouldn’t have dreamed of years ago.

The prospect that others could make decisions for him would’ve gone entirely against the grain. But time marches on, and now he feels it’s the way forward. Semi-retirement is beginning to look more attractive.

You might be forgiven for thinking that this is an old man talking. In fact, he appears nothing of the sort. Tall and refined, with a distinctly debonair appearance, he looks too young for retirement. Yet one can appreciate that his is a very demanding job. We were constantly interrupted with people needing is advice, his opinion or his signature.

This seemed to me a busy cosmopolitan office. Mohammed Dadabhai was born in Bombay about 55 years ago of Bahraini parents, his grandfather was Indian. Mohammed was the oldest son with four brothers and three sisters, and his family lived in Shaikh Abdulla Road, in the heart of Manama’s old suq.

There, his father, Ahmed Ali Dadabhai, owned a small shop selling toys—the first toy shop in Bahrain. Young Mohammed went to Sacred Heart School, then to a local Arabic secondary school which he left at the age of 16 to help his father. Gradually, the oldest son took control of the business, his brothers joined forces, and about 25 years ago, he re-directed the company by concentrating more on construction and real estate, shifting the main focus away from the retail toy business.

Property development went particularly well in the 1970s with Dadabhai building apartment blocks for short lets and expanding its constructions division. The ‘80s were good years to be in travel as there were very few agencies in those days in Bahrain. Dadabhai Travel saw the gap and promptly filled it.

Nowadays the travel industry in Bahrain is probably the most competitive of all businesses. Another major company in Dadabhai’s portfolio is Arabian Neon, started just eight years ago but perhaps now the leading neon manufacturer in the county. Mr. Dadabhai, chairman of all these companies as well as Dadabhai Trading, is deeply involved in their day-to-day operations.

Their list of assets includes the four Elite Apartment block, the Baisan International Hotel and the Best Western Baisan Toweroin his view, the best four-start hotels on the island. He says the power behind the throne was his father Ahmed Ali who died two years ago at the age of 90. He made an enormous impression on Mohammed who remembers very well what he said and did and the knowledge and wisdom he imparted.

Now, as the head of the family, Mohammed often thinks of his influence and still feels swayed by his late father’s guidance. One of the aspects Mohammed Dadabhai says he likes best about his job is meeting people, so many of them, from all different walks of life including the rich and famous.

An avid cricket fan, “There’s nothing I don’t know about all aspects of that sport”, he says, and he occasionally brings players and personalities to appear in Bahrain such as Sunil Gavaskar, the world’s number on player; Mohammed Azharuddin, the former captain of India, and Pakistani Imran Khan who probably needs no introduction. Mr. Dadabhai lives a short drive from his office in Busiteen in Muharraq. He and his wife Anessa have five children and three grandchildren.

He doesn’t participate in sport anymore nor does he do any exercises other than walking. He travels a lot, particularly to Dubai where they have a property business, and to London and Spain where they have private properties. When he’s in London, Mohammed likes best to walk around Paddington and Bayswater area, where their flat is, or into Hyde Park, and he can often be found enjoying the company of friends at his favourite restaurants: the China Garden in Queensway or the Bombay Brasseries.

Back in Bahrain, Mohammed Dadabhai thinks that the tourist industry is perfect for this island. There are close to 3 million tourists annually visiting these shores, and the number is increasing. Hotels, apartment complexes and the travel industry must work in harmony with the authorities to better promote their product, and the infrastructure of the country must be given top priority for any real progress to be made. He tells me that when Baisan International opened in Hoora eight years ago, it was the only hotel in the area.

Now there are 25 in and around Exhibitions Avenue, all of them doing good business and bringing in allied trade to the district. Needless to say, the area is now regarded as Bahrain’s top tourist spot. Apparently, the group is going ahead with plans for a new four-star hotel involving “an international chain”, the building of which will start this year in “central Manama”.

No more information on that project was disclosed. Mohammed, however, says he doesn’t like to sit in his chair too long. Indeed, anyone seen to be sitting still can easily be passed over.

The same applies on a personal level as it does to a dynamic, modern company. The senior brothers, Mohammed, Abbas and Quresh, are now looking forward to gradually handing over the reins that control the Dadabhai Group to their younger generation: Shabbir, who’s currently involved with the technical side of the business, and Qutub who concentrates mostly on finance and administration. With these two young men, the company is ready to step forward into the next millennium, thus allowing Mohammed to move into the back seat, to take up a consultancy role perhaps, and then get on with that other very serious business, watching cricket.