New Man at the Helm - Paul 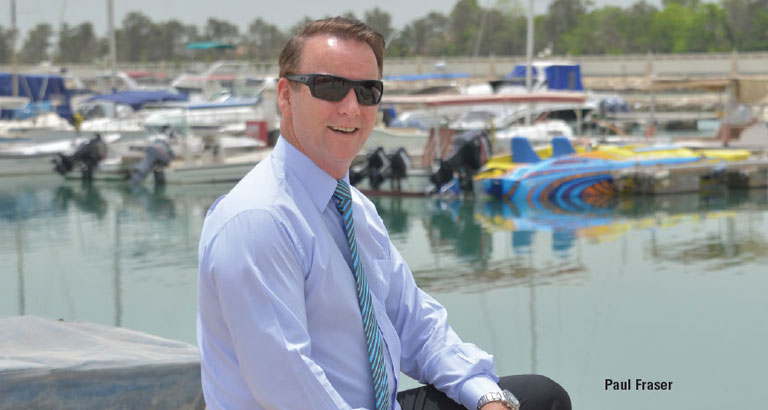 For a while the club’s future was in question as the land was earmarked for redevelopment. Services had been reduced and sailing lessons had not been available for quite some time.

However, the board negotiated a new contract with Edamah, the government’s real estate arm responsible for the site, and the lease has now been extended for a guaranteed two years and possibly longer.

In March, hospitality industry veteran, Paul, was appointed general manager and he has plenty of plans to put the club back on the map.

He says: “We had an open day in May where all the water sports, from paddle boarding to sailing taster sessions, were half price. That was a good start. I think the most important thing is that we’re a yacht club and we want to get people out on the water.”

Through Aqua by Scubalife, the club now offers a full range of sailing courses, from beginners to advanced, which are accredited by the UK’s Royal Yacht Association. There is also PADI diving with lessons taking place in the on-site pool before students head out to open water.

Regular race sailing, once a very popular weekend event, has been resumed and there’s a regatta planned for October.

However, developments are not confined to the water. There has been much work under way inside too.

Paul explains: “The menu has had a complete overhaul – we’ll be doing a dry run in the coming weeks before it’s properly launched. We also now have a kids’ menu [with the cover designed by his own son] on which everything other that the sausages is homemade – and even they will be made in-house before long. The new menu has a range of foods with something to suit everyone from nasi goreng to moules marinières.”

Smiling, he adds: “I’ve been spending a lot of time in the kitchen working with the chef. I must say it was a pleasant surprise to find my whites, which I haven’t worn in 14 years, still fit!”

The adults-only bar has had a complete revamp and the area beside the restaurant has been returned to its original use as a lounge, rather than a sort of café. The main eatery, The Anchorage, has also had an update. It will be serving brunches and catering to private parties and can even be used classroom-style for corporate training days with beachside team building activities included.

Paul says: “That’s the mid-week market I’m looking to attract. When you think about it, this is the ideal venue – we can provide the inside area for training sessions with food and the outside area can be used for exercises like raft building on the beach. Where else would you get it all in one place, at really reasonable price?”

For the future, he wants to add Playstations in the darts room, which would become a kids’ space during the day, and also wants to make the most of the beach with full moon parties, an additional pétanque court and, hopefully, a brunch/beach bus for those who don’t want to drive.

On the sailing side, it’s hoped to extend the marina where both wet and dry docking are still the most reasonably priced on the island and berths are hard to come by.

“There’s a lot happening with exciting times ahead,” says Paul. “For that I have to thank the board. They are fully supportive and really want to get the club back into the spotlight in the future.”