Musings of a Wordsmith 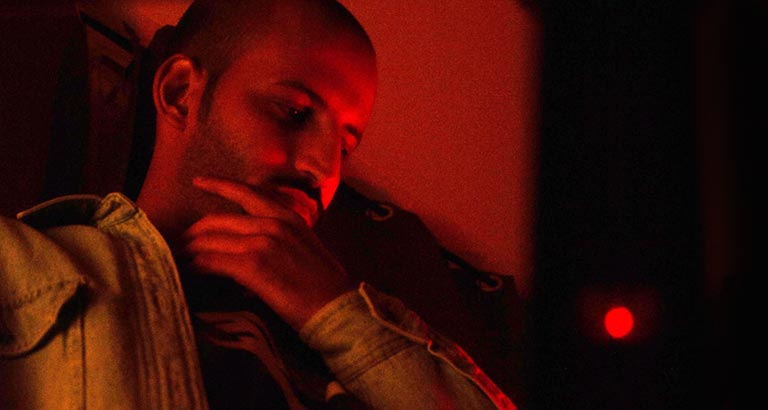 Few have the gift of penning down words that can invoke the deepest of thoughts and emotions from the reader. This month we caught up with a young writer and member of Bahrain’s The Second Circle Poetry group, Omar Ahmed Al Khulaqi, 27, who was born in Moscow, Russia and has called Bahrain “home” since he was three years old. Omar consistently delves deep into the world of poetry to create thought-provoking pieces of literature which he shares with a multitude of followers on social media.

How long have you been writing for and when did you first take an interest in writing?
I think I started writing when I was just 13 years old. I remember being moved by the lyrics of a heavy metal album by the band ‘Metallica’, particularly the song ‘The Unforgiven’. Prior to that I used to listen to music passively - just whatever was popular on the radio at the time. So that was a turning point for me as I delved into a darker and more intense kind of music, while simultaneously gaining an appreciation for the power of words.

Your poetry seems to be very thought-provoking, but how would you describe it?
My poetry has evolved a lot as I’ve grown as a person. At the moment, my poems are short and a lot of what I write are similar to quotes. I would say my poems are a blend between the introspective, emotive and symbolic.

Is there a standard theme or subject you tend to follow when writing?
If I look back at the bulk of my work, they would mostly fall neatly into three themes: gothic, romantic and mystical. Although, some of my poems are a combination of two or all three… but, when it comes to the subject, it will vary every time based on the source of inspiration. 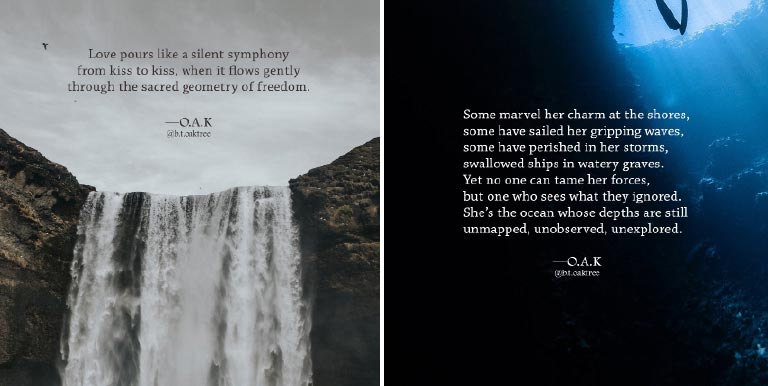 Would you say you have a muse or certain influences when it comes to writing?
A muse can be anyone or anything. I try to avoid reading poetry though as I don’t want to end up mimicking a fellow writer’s style. As long as I have an interesting take on a subject no matter how small, I pursue it. It becomes the string that holds the selected beads of words together.

Have you ever collaborated with other creatives, Bahrain-based or otherwise, for any series?
Yes, I have collaborated with many creatives, mostly artists and photographers. I am a devotee of the arts, although I have a soft spot for photography and film. Images and poems go well together for the Instagram format and I enjoy adding another layer of meaning to an image or vice versa.

Have you ever dealt with writer’s block? If yes, what did you do to overcome it?
Every creative deals with writer’s block at some point or the other. When it used to happen before, I used to panic that my inspiration will never return and I can no longer write. However, now I consider it a mini-vacation and consume other forms of art in that time instead so that can stir something in me. However, when inspiration does return for a visit I give it my full attention and love. 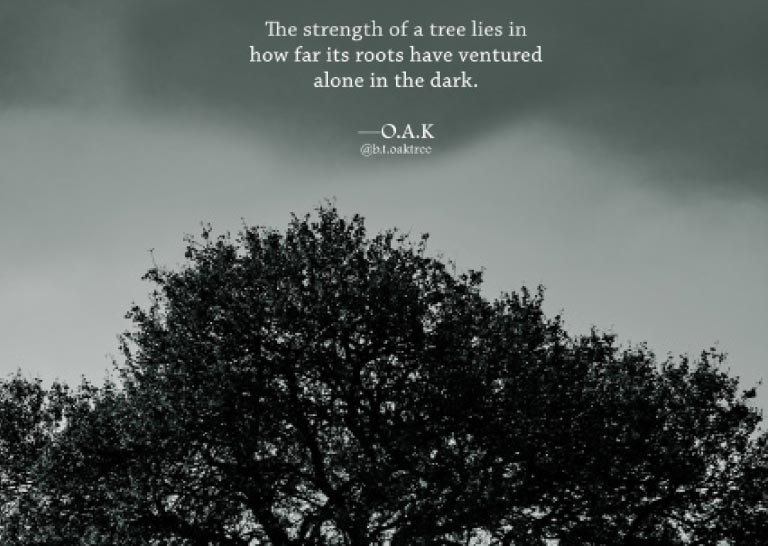 What are the challenges you face when coming up with new material?
When I started posting my poems on Instagram, I realised that they were too long for the format, I had to break them up into several images. Then I decided to challenge myself when writing new material, and over the years my poems became shorter and shorter and gradually, without realising, I was left with quotes. Although it has refined my writing by saying more with less it came with its own side effects. I’ve lost the ability to write long narrative poems as I used to as a teenager, because my brain is so habitually used to keeping things brief and to the point. Quotes work well for Instagram, but longer poems work better for the stage. So that’s something I am working on overcoming.

That’s very interesting. So, what’s next for you?
I am currently working on a story book with a wonderful illustrator and friend of mine, but can’t share any other details at the moment. My followers will just have to wait and see by following my official Instagram account @b.t.oaktree to follow my work and updates.