On The Path To Greatness 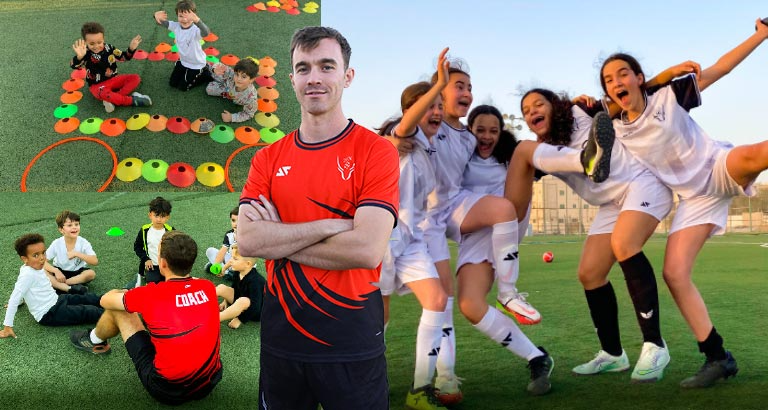 Football is the most popular sport in the world, with millions of children wanting to emulate their heroes and develop their skills. With a number of soccer schools offering their services in Bahrain, 24N Football Academy is aiming to stand out from the rest with a dedicated philosophy and a passionate coaching team to foster the superstars of tomorrow. Kristian Harrison spoke to Head Coach and Founder, Sean Brereton, to find out more.

Since the age of 16, Sean Brereton knew he wanted to be a football coach. Not only that, he wanted to nurture young talent in a way that was different – and better – than anywhere else whilst being a role model both on-and-off the pitch.

After years of hard work and learning his trade from various influences and cultures, he has finally achieved his dream of opening his own coaching school in Bahrain: 24N Football Academy.

“In a nutshell, 24N wants to provide the best coaching and the best service for players in the Kingdom,” he says. “From the age of three right through to teenage years and being on the brink of adult football, we want the children with us to understand that they are in a professional environment with mutual respect.

“We want them to be able to ask questions and challenge themselves in a safe atmosphere where we both can develop and grow. As much as they are learning and improving their playing ability, we are gaining just as much knowledge with every session and progressing ourselves.

“Ultimately, ‘development’ is the cornerstone of my philosophy. I feel like the greatest mistake when it comes to coaching is the focus on results over performance, especially with younger age groups. Children these days are saddled with too much responsibility to win, a directive issued by their coaches, which not only knocks their confidence if they lose, but limits their freedom to express themselves and play to their abilities.

“Nothing gives me more pride than development, such as seeing a kid starting out and not being able to shoot properly, then a few weeks later hit a sweet strike into the goal. Doing this in an environment of mutual respect where selfishness and frustration is left at the door encapsulates what 24N is trying to accomplish.”

Now 29, Sean’s career began at 16 when he took part in some voluntary coaching as part of a course at school and instantly took a shine to it. He completed a university degree in Events Management and helped to organise sports events, the highlight of which was a football-music hybrid festival.

During this period, he was asked to help coach an under-16s team, which he did for two years either side of a year coaching under-18s. Working so closely with grassroots football and other coaches was the catalyst for him starting to carve his own path. He also obtained his UEFA C licence and Tovo qualification during this time.

“My plan after that was to go to Australia and coach,” Sean explains. “However, this fell through and I decided to come and visit my brother who already lived in Bahrain and did some volunteer coaching with another football academy while I was here. I really enjoyed it; being part of an actual academy full-time with so many age groups was an incredible experience. I learnt so much in such a short period of time.”

After three years with the Bahrain-based academy, Sean was offered a job at a professional club in England. However, he ultimately decided to turn it down for various reasons.
Faced with a crossroads and unable to return to the job he’d left in Bahrain, he briefly considered taking up another profession, with teaching at the forefront of his mind. However, upon returning to Bahrain to take stock, he did a few one-to-one coaching sessions with younger children and realised he could take this concept and expand it. Renewed with a sense of determination, he came up with a business plan to nurture younger footballers, including under-6s and under-8s, with a goal to develop them over a longer period of time.

“What I believe is that you are a product of your environment,” he says. “I was happy doing things my way without a results-focused directive and what I perceived to be negative attitudes towards coaching and how it should be done. I spent an incredible amount of time discovering new aspects of coaching, and gained a more critical eye of how things were being run, especially in Bahrain.

“I knew then that I would do things my own way from then on, and 24N is an encapsulation of my coaching philosophy. However, before I set it up, I needed a bit of help.”
This is where 24N came in. Originally a British company in Saudi Arabia which specialises in high-end fitness services and employs some of the most talented coaches and personal trainers in the Middle East, 24N gave Sean the help and opportunity to move forward and help the academy grow into a fully-functioning operation, allowing it to take to the pitch officially in November 2021.

Professionalism is a vital component of 24N, and so every child no matter what age group is given an Individual Development Plan (IDP) and a report every six weeks. This mainly focuses on the positives of each child’s footballing growth, but also one area where there can be improvement, such as psychological, social, physical or technical. From ages three to 12, this is given to the parents, but from 13 and above these are discussed with the players themselves as they have the maturity to take it on board.
Most importantly, though, is that 24N’s carefully curated curriculum makes football fun and engaging.

Sean explains: “In our curriculum, each child should learn a skill per term, and so as they progress through the academy they learn a variety of skills and eventually master them. Once they have the required skillset is when we actually transition to more tactical work and the deeper elements of the game. 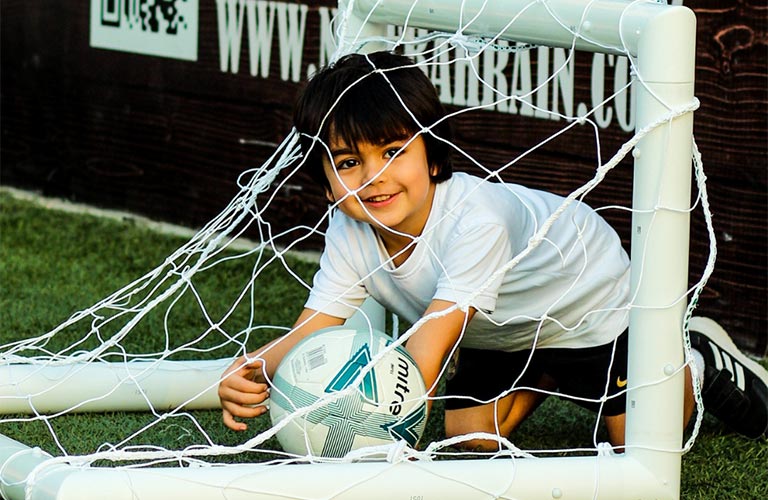 “I’d say my biggest influences are actually from Croatia and Wales, which I’ve spun together to create fun and energetic sessions. The main aspect of how we build a player, and what it all essentially boils down to, is the three Cs: Cognition, Competence and Character.”

It is not only the children who are constantly improving, though. Sean believes that his own personal growth has been almost as important as that of his young charges.
He explains: “I’ve loved every minute of my job since I took it on. It was a bit of a risk at first but I’m so glad it paid off with innumerable benefits physically and mentally. Arguably the greatest aspect is that I’m still constantly learning and adapting.”

“I am hugely grateful to the people at 24N who helped me achieve my dream of leading an academy, and also to all those who allow us to use their pitches and facilities to coach.”

Outside of his work with youngsters, Sean is also the hugely respected volunteer coach of the Janabiyah Juggernauts, a men’s amateur team who last month clinched the Bahrain Amateur Football League title. This is another impressive string to his bow, showing that with a strong ambition, fierce determination and a solid philosophy, anything is achievable.

For more information on 24N Football Academy, email [email protected] or Whatsapp
+973 36 228-055. Alternatively, you can follow @24n_football on Instagram