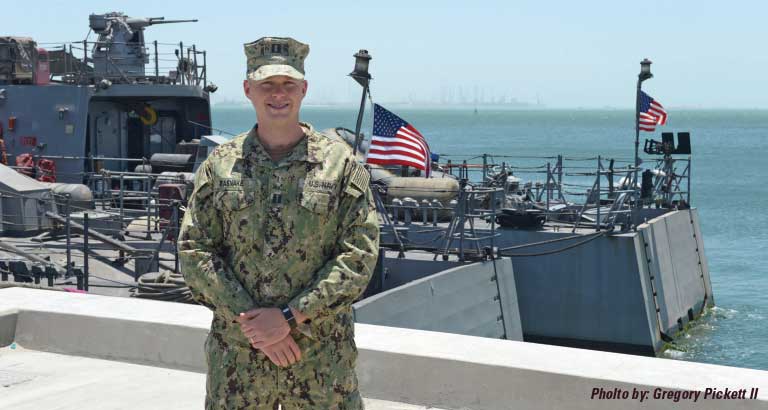 Lieutenant Javan Rasnake of the US Navy talks to Behnaz Sanjana about his recent accolade.

Lt Javan Rasnake has been serving in the United States Navy just over nine years, the last two of which have been as a public affairs officer for Naval Support Activity (NSA) Bahrain. “I was commissioned into the navy through the Naval Reserve Officer Training Corps programme at Virginia Polytechnic Institute and State University,” he says. “I had always been interested in serving in the military. Being in the navy is part of who I am.”

As a teenager, young Javan had always found the programmes at the US Navy challenging and rewarding. “I saw it as an opportunity to travel and broaden my horizons,” he says. After training at Defence Information School at Fort Meade, Maryland, he took up the post of community relations planner at the Navy Office Community Outreach in Millington, Tennessee. He adds: “It involved going out into, and building relations with, the community. We showed people what the Navy does, why it’s done and how we bring value to society.”

Happy to have taken the opportunity to work in the field of public affairs within the Navy, he says: “The way I see it, if you love your job you never have to work a day in your life. Although I had no experience in public affairs, the idea appealed to me and I thought I had the inherent skill set for it. I have strived to be good at it and make my best contribution to it ever since.” 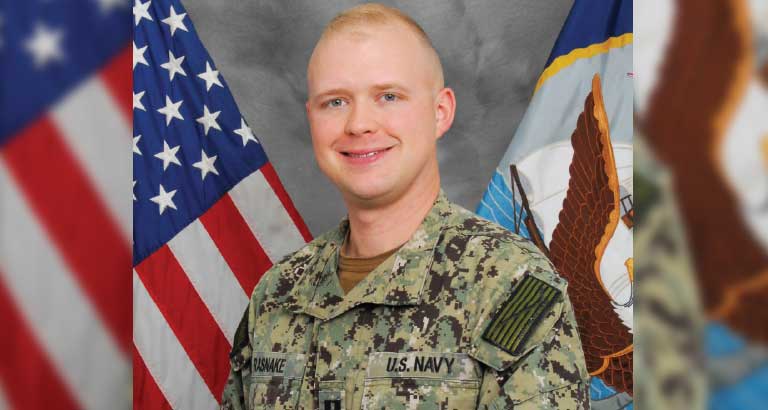 This positive attitude towards his work has earned Lt Rasnake big returns. He has recently been proclaimed the United States Navy Junior Public Affairs Officer of the Year. He is awaiting administrative procedures to be completed to physically receive his award and citation from the chief of information – the senior naval public affairs officer. “All US Navy public affairs officers in the junior officer ranks the world over are eligible for it,” he explains. “Submitted nominations go through a long process [of assessment]. Besides the distinction of the award and the plaque that comes with it, the winner is presented with a Navy Commendation Medal, which is a decoration that rewards actions that are above and beyond the call of one’s basic duty.”

As he nears the end of his term in Bahrain, he recalls his experience as being filled with learning and fun. “This is my first overseas posting, and my role at NSA Bahrain entails internal and external communication and community relations,” he elaborates. “I am the chief editor of Bahrain Desert Times, the naval base’s newspaper providing news, entertainment and information on current events. My team and I run a bi-weekly radio show on 106.3 The Eagle, our base’s radio station. We maintain media relations – answering media queries, preparing leaders to speak in a public forum, and ensuring that the media has an opportunity to interact with the navy. We also manage our official social media channels and focus on actively building relations with the communities that we serve. Being part of public affairs also entails involvement in humanitarian assistance missions with societies that do not have any ties with the US Navy.”

His future goal is to obtain advanced training to stay sharp on future trends and be the best at his work — a family value that he has imbibed from his parents. Off duty, Lt Rasnake loves spending time with his family. The voracious reader is into bird watching and has spotted quite a few exotic breeds in and around the island. He says: “Bahrain has been an opportunity to experience a new culture, learn a different way of life and meet some fantastic people within and outside the base. It has been an experience of a lifetime, that has been rewarding, both professionally and personally.”

I had always been interested in serving in the military.”