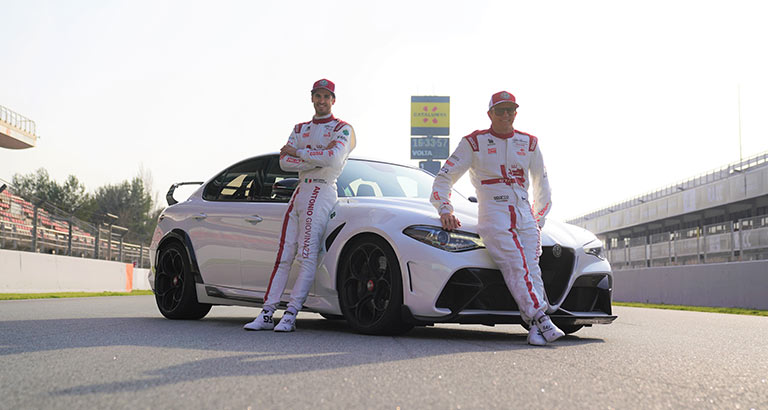 COVID-19 has pulled a number on the world at large - professional sports across the globe were hit especially hard, with entire seasons of events being cancelled owing to the alarming spread of the coronavirus. Formula-1, the pinnacle of motorsport, was also a victim of the pandemic in 2020, but in true upper-echelon fashion, managed to work its way through a season - sans spectators in the stands. Towards the end of the season last year, it was clear that certain countries simply wouldn’t be able to host their respective races owing to the dangers that the virus presented to the athletes and personnel. This left some countries such as the Kingdom of Bahrain in a unique (and advantageous) position to host two races back to back at the end of the year. Since then, of course, the Kingdom has taken the challenges of COVID-19 in stride - successfully hosting two nail biting back-to-back races last year and the spectacular Formula 1 Gulf Air Bahrain Grand Prix 2021.

I had the (socially-distanced) opportunity to pixellate with Antonio Giovinazzi and Kimi Raikkonen of team Alfa Romeo, prior to the historic and one-of-a-kind Sakhir GP, to get their thoughts on what  undoubtedly is a hallmark era in sport’s history.

If you’re not an avid F1 fanatic, the name Antonio Giovinazzi may be unfamiliar, and you’d be forgiven since this is the Italian’s third-ever season with the pinnacle of motor racing, having debuted in 2019 alongside Kimi “Iceman” Raikkonen with Alfa Romeo. Kimi on the other hand, needs no introduction to even the most passive of motorsport fans – an absolute Formula one legend and one of the stalwarts of the V10 era, the Iceman as he’s monikered is as legendary to the sport as was Niki Lauda.

Antonio, there’s talk of historical lap records being broken with the new track layout at the Sakhir GP. As far as your car is concerned, do you consider the layout to be advantageous toward your chances of a podium finish?

Antonio: It is obviously a different track and small with a lot of straight lines - the brake zones will be tough. The slipstream will play an important part in the race this time. So, we will have to wait and see what happens and hopefully we can have a good race and score some points.

Kimi, you’ve been in F1 for over a decade and have been through the V10 era and ‘sustainability’ is the keyword at the moment. What is your view on F1 moving towards the future?

Kimi: Obviously, nobody knows what the future holds and we would have to defer to those who make the rules. Only time will tell what will happen, essentially. As far as us F1 drivers are concerned, we are happy to drive the car no matter what. 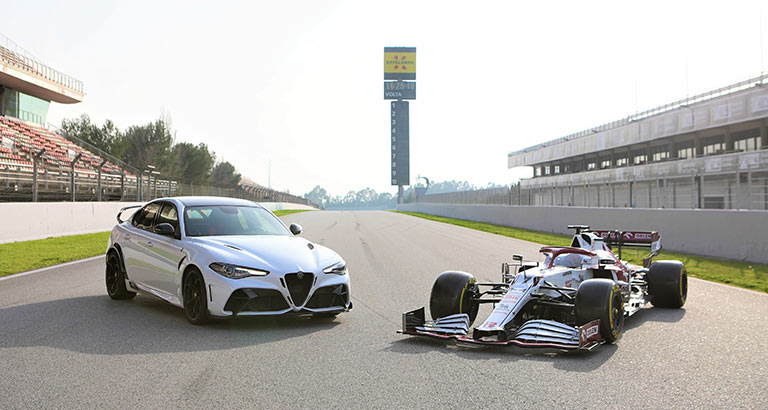 Obviously Kimi has a lot of experience in F1. Antonio, has being partnered with Kimi offered you a wealth of experience?

Antonio: I’ve said this many times since I’ve had Kimi beside me. Since my first race and official season in 2019, it was important to improve and to watch him in what he was doing, not only on but also off the track such as in meetings for example, and I’m very happy that I will continue with him next year as well. It’s always better to have a strong team mate with lots of experience because it helps you grow faster in the sport.

The cars are expected to be tweaked for the 2021 season - what are your thoughts on the changes?

KIMI: It’s going to be mainly aero changes on the existing chassis so we will have to wait and see what the rule changes will bring in terms of downforce and recovery. Hopefully we can gain an advantage and hopefully it will shift the grid in our favor and we will be able to make the best out of the chassis.

Antonio: I think Kimi has covered it all and we have a new engine coming next year and hopefully we will get more speed out of the car and be able to get some podium finishes.

It’s been a trying season. What are the greatest challenges that you’ve faced both personally and professionally?

KIMI: I think the whole year has been challenging - not just in terms of racing but life in general for everybody. I’m happy that we were able to race and achieve as much as we did on track given the situation.

Antonio: It certainly was a difficult year for everyone - not just in F1 but life in general. For us all I can say that it was a blessing to be able to have 17 races on the calendar. Certainly not having fans in the stands wasn’t ideal, but I think we made the best of an impossible situation.

Since it’s the first time with the new circuit layout, what challenges do you foresee as far as the car’s performance and the race, in general, is concerned?

Antonio: I believe that owing to the track layout, it will be tough with traffic and blue flags out during the race. I’m sure the team will be up to it in terms of strategy since we are targeting to be ahead of HAAS who are our main competitors and that’s part of our target at the second race in Bahrain.

The Bahrain GP has become the gold-standard of Formula Racing, demonstrating both professionalism and skill in dealing with incidents such as Grosjean’s unbelievable crash in 2020 and in getting vaccinated spectators back into the stands this year. Needless to say, we can continue to look forward to more in the exciting world of motorsport.

Need car advice or an industry-specific consultation? Reach out to Sangeeth on