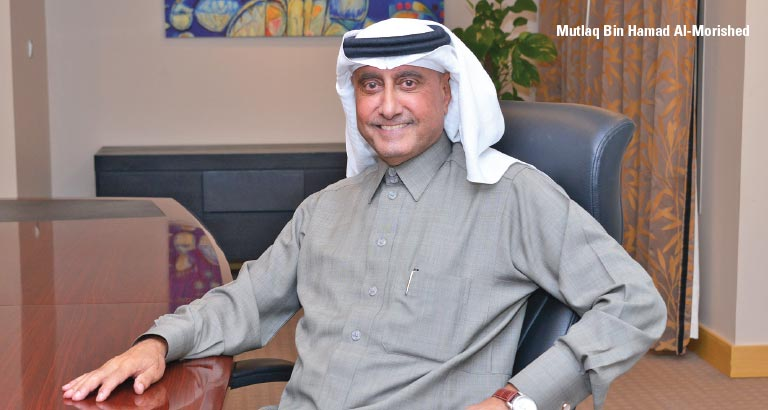 Mutlaq Bin Hamad Al-Morished is one of the most accomplished captains of industry to have emerged from Saudi Arabia having achieved an MBA from Stanford University, a Master’s in nuclear engineering from Princeton and a Bachelor’s in nuclear physics and mathematics from the University of Denver, USA.

His specific fields of expertise include finance and engineering as well as company restructuring – he was given the nickname of ‘Butcher’. Here, the self-proclaimed liberal and advocate of progress tells us about his extraordinary education, the secrets of his success and his hopes for his country’s future.

“I think I was a typical Bedouin kid, born in the desert, first generation that learned how to read and write. I got to America because of government scholarships back in 1976 with no plan whatsoever,” he says. “I ended up at the University of Denver because I was good in maths and science and not so good at long sentences in English. I graduated in nuclear physics and mathematics and applied to a bunch of colleges, as I wanted to continue in nuclear engineering. I got accepted at Wisconsin and Princeton. When I told my student advisor he said: ‘Anybody who gets accepted at Princeton, who would even look at the rest?’”

Mutlaq worked in the nuclear industry but became bored and headed to Texas where he was with Shell Oil for about seven years before completing an MBA in finance at Stanford. Then, at his mother’s insistence, he returned to Saudi.

Moving around the Kingdom’s commercial sector for many years, he gained a reputation for company restructuring and turnarounds executed with ruthless efficiency. He says: “The most important thing is to be honest. You cannot hide the fact that restructuring is going to involve unpleasant things. You have to communicate. Say: ‘Yes, we might let some people go but we’re not going to throw them to the wolves, we’re going to take care of them with proper compensation packages and so on’. 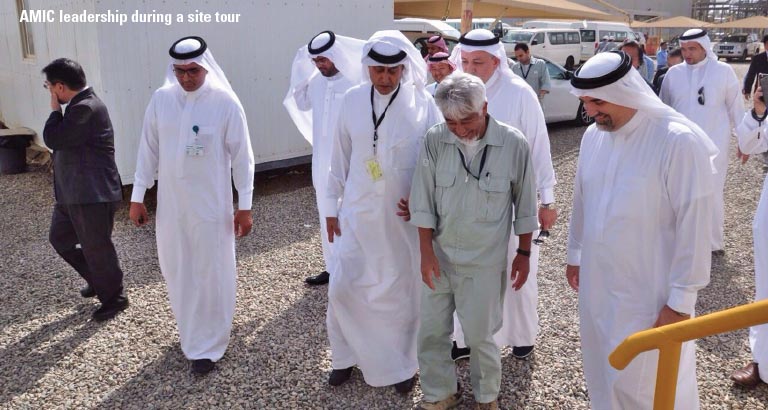 “I was approached by a journalist some years ago who said: ‘You let go more than one third of the workforce’. I said yes but that’s not the point, you should be looking at the reverse, I saved two thirds of the workforce. So, the name of the game is to save the business and to save the livelihood of the majority of the employees.

“You must stick with the plan and do it professionally. And the CEO of a restructured business must lead personally. The biggest mistake I’ve seen in my career is when a consultant is hired and told ‘go and make this business good’. Well, sorry, that does not work in real life because a consultant doesn’t know your business as well as you. In Sabic I Iead the restructuring of Hadeed, Sabic Europe in Holland, Sabic IP in USA and Shared Services in KSA.”

After a stint as chief financial officer at Sabic, the Middle East’s largest public company, where he ended up “being able to do it with my eyes closed…I was bored”, Mutlaq took over as CEO of Tasnee, the National Industrialisation Company, which is Saudi Arabia’s second-largest industrial company and one of the world’s largest producers of titanium dioxide.

Mutlaq explains: “We’re a conglomerate, we operate along three main lines – one is pet chem – ethylene, polypropylene and so on. And then we operate on the titanium dioxide side where we are the world’s second/third, each year – the numbers change, it depends on production or revenue. And the third is the downstream, where we actually make all kinds of stuff. From traps to milk bottles. We make metal, axles for 18-wheeler trucks, we make 1.5 million units of car batteries, which we export. And now we’ve entered the titanium production business and will soon be manufacturing 10 per cent of the world’s titanium metal, which is strategic as it goes into planes, nuclear submarines and stuff like that.

“At Tasnee we’ve restructured the company. It was difficult in the beginning but, thank God, now we’re back to profitability. We’re doing well and the company will now start expanding. Restructuring of a business is not an easy thing and it’s not for the faint at heart. It’s something that’s not pleasant but has to be done and I’ve been through this at other companies. You know, they used to call it the butcher’s game because you have to go cut staff, restructure, close offices, close businesses and so on because you reach a point, as a business, like a human being, that, God forbid, you have a cancer in the hand. You have to choose, are you going to cut your hand to save your body or are you going to die with your arm.”

Having held numerous directorships and committee memberships, Mutlaq has scaled back but maintains his board role with Bahrain’s Alba as well as a few other select publicly-traded companies. He is also a founding member of and still active with the Board of Directors Institute (BDI). He explains: “It’s a non-profit organisation which is my contribution to society in the GCC. It teaches people correct governance, how board members should be trained, how they should do their job and so on. We encourage gender diversity, bringing ladies into the board rooms. Those are the things we promote.”

As a committed reformer, Mutlaq is also very optimistic about the journey Saudi is currently undergoing. He says: “Honestly, I’ve been through the good and the bad days and I think it’s exciting. This is something my generation really wanted to see, the opening of the country, doing things, giving people opportunities, including women. We were, unfortunately, stagnating for many, many years.

“I think the country is finally moving. Yes, there is pain with change. When you change anything, there will be some losers and some winners and a lot of losers from the old system are going to fight. But, in any country, old ways must give way to the new, the world is changing whether we like it or not, and we must change with it. It’s great. It’s good to see young people in charge of the government, to see things happening, women driving, opportunities for everybody, getting into the country more easily, open social networks, having concerts et cetera. Economically, it’s the right thing to do. You know, people complain but economics, at the end of the day, is going to win.”

“I think the changes bring more opportunities. Imagine, just women driving, how much opportunity for buying new cars, fixing cars, legal, insurance, banking loans – it’s a huge multiplier in the economy. For me personally, I have a daughter and I’m happy to see her go to drive and I’m happy for her to go without an abaya. Why not? It’s overdue change, I’m glad it has happened in my lifetime and happy to see the good future for my daughter. You call me a liberal? So, what. Yes, I am a liberal but I don’t take that label – people say liberal or conservative but it’s what you think is right.

“I think the impact of social change will be significant because it opens new doors because in the past you had half the population more or less out of the market except for a few things like clothes and jewellery. Now you have that half entering the market, so that’s creating a big multiplier in the economy. It’s significant, women working will create two-income families. More money does add a multiplier in the economy and, at the end of the day, the economy survives through circulation of money.

“I think this cultural thing [opposition to change] is oversold. Totally over exaggerated. I come from a Bedouin family, what is more traditional than that? None of my family is against this. Everybody is happy it is happening. These were a bunch of Bedouins a few years ago and they’re happy to see it. It’s the logical thing to happen. It was just stopped, we were working against logic, thank God we’re going back to logic!”

Mutlaq had a great deal more to say including on the expansion of Alba, advice for small businesses, his work hard-play hard philosophy, the need for personal time management, his love for the Bahraini people and a strong desire, at this stage of his career, to give back through free university talks and classes and his work with the BDI.