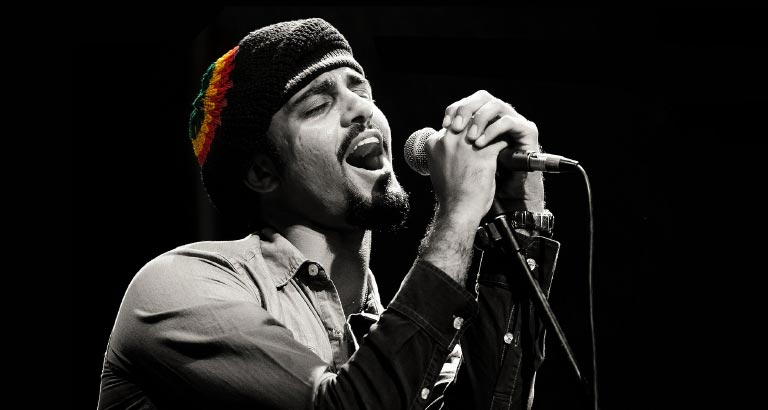 As Coral Bay prepares to stage its annual birthday tribute to reggae legend, Bob Marley, Liz O’Reilly caught up with Essa Alhayee, front man of The Legendz, who will be bringing the man’s music to life onstage.

So, who are the Legendz?
We have seven members: Essa Alhayee – main vocals and band leader; Abdulla Adnan – on drums; Fahad Sayar – playing keyboards; Mohamed Rashid and Isa Alqatan – on guitars; Yusuf Alzayani – percussionist; and Bassem Abdulkarem – on bass guitar.

How long have you been playing together and how was the band formed?
We’ve been together since 2007, but we have had many changes and replacement members over the years until we reached where we are now. The idea of a reggae band came from Abdulla Adnan. At the beginning we were friends and would meet and play many types of music genres, then Abdulla and I decided to form a band specialising only in reggae.

How has the band developed over the years – has it always been all about reggae?
Indeed it was always reggae music, roots and modern. Each band member has his own years of experience in his instrument and this is reflected in the group when we play together; it’s a very tight sound, especially as we practise a lot and listen to many international reggae bands. We are constantly trying to reach ever better levels in our music.

What is it about reggae that is so special to you?
This kind of music has always been like the heartbeat of the people, singing about everything in life whether good or bad. I don’t love reggae music, I RESPECT it. Reggae has always been part of me and of my personality, it can be sung for and enjoyed by all ages because it’s both simple and powerful at the same time.

Do you play any other types of music?
No, I’m a reggae man to the bone. I respect all types of music but I do what I see myself in. I have my vision and ambition and also very deep inspiration.

Do you perform all covers or do you play your own music too?
We have played many covers for live performances. We also have some original songs which we’ve recorded in the studio and played at our live shows. They can be found on my Youtube channel @ essa reggae.

Who are your musical heroes?
Damian Marley, king of reggae Bob Marley, Midnite and Alborosie.

What’s your favourite song to perform? And to listen to?
Bob Marley – Forever Loving Jah and Ambush in the Night.

Where will people have seen you perform before?
Basically all over Bahrain, such as Bahrain International Circuit, Coral Bay, various clubs and much more. We also performed in Kuwait for the P2BK festival 2014 (Proud to be Kuwaiti) and there have been a few single performances. I was so proud to be a part of a Bob Marley tribute in 2014 in Florida, US, singing one of his best songs Get Up Stand Up. On the recording and covers side, I made a cover of Damian Marley’s There for You acoustic version in 2015 and an original track called Man With A Dream in 2019, featuring a Jamaican artist, Mr Tomlin Natural Mystic, both were recorded in bahrain and filmed in London and Birmingham, UK.

What can we expect from you at the Marley tribute concert?
Actually we have done a couple of great live shows at Coral Bay for Bob Marley tributes and this year we are so excited to be the main band representing Bahrain’s unique reggae musicians at this concert. We’ll do both covers and original songs; our sound will be more powerful with real reggae music vibes.