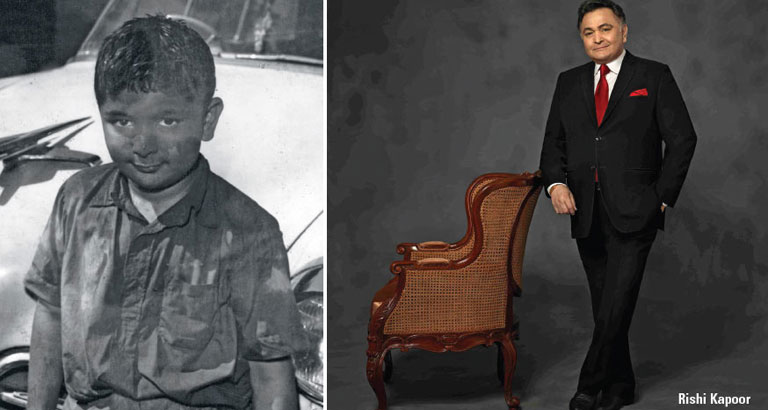 Rishi Kapoor’s tell-all memoir – Khullam Khulla – released earlier this year, has met with rave reviews for its brutal honesty and candidness. The silver screen star will be in Bahrain on September 1 for a show with the same name, where he will enact his own autobiography for a live audience. “I will narrate my life’s anecdotes for people, and this is what is unique about the show,” he says. “It is not a play, but a one-on-one conversation, which people are sure to enjoy.”

He comes from a lineage of great artists, endearingly called the ‘first family’ of Bollywood. “The Kapoors have contributed to 90 of the 106 years of Indian cinema,” he says. “Writing an autobiography [about the family] had never been done and I’m happy that mine has been well received.”

Having been to the Kingdom several years ago, Rishi is excited to return to the island, saying: “I can’t wait to meet my friends and fans. I believe Bahrain is a changed country since I last visited, and I’m looking forward to seeing its progress.”

It was in the iconic 1973 blockbuster, Bobby, that he set a million hearts aflutter as a teenage romantic. “I was all of 20,” he recalls. “I had been surrounded by celebrities and cinema since birth, so it was a great high to do a leading role in a film. The success of the movie brought about an even greater high.”

Does he feel the same rush when he faces the camera today? “Oh yes, there are butterflies in my stomach every time I do something new,” he says. “My job offers me the challenge to work with different people, in diverse environments. It is always a joy to capture emotions and see the outcome of hard work.”

Indian cinema has come a long way since Rishi first emoted for the camera, over four decades ago. He believes that new content and technological advances have brought about a positive change. “We’re making better movies – all types, for all kinds of tastes these days – and I think that’s a very progressive sign,” he adds.

With his father and grandfather both being illustrious names in Bollywood, Rishi has acting in his blood. The way stories are conceived, made and marketed is very different from the time he serenaded audiences with his beguiling smile and his trademark cardigans. But what hasn’t changed is his improvisation when the director shouts “action!” “I’m not a method actor,” he says. “I belong to the school of natural or spontaneous acting.”

He has lent his charisma to over 140 films to date and worked with countless co-stars, but finds it difficult to pick favourites. “All my movies are dear to me,” he says. “It has been wonderful working with so many different people. There have been some fantastic actors who have not only contributed to the film but also to my career, to an extent, including from the younger crop of actors. So I’m grateful for the opportunity to work with my colleagues and am ever obliged to all of them.”

After some excellent character portrayals in his recent works, fans are craning their necks for more from one of the finest performers in the industry. And they won’t be waiting too long. “My next release is Patel Ki Punjabi Shaadi and then there is 102 Not Out, which we’re filming right now,” he reveals. “I have three more films once I complete these.”

Rishi is hoping to mingle with the Indian diaspora in Bahrain at his show at the Crowne Plaza Hotel, organised by renowned neurologist, Dr Ram Vatwani.