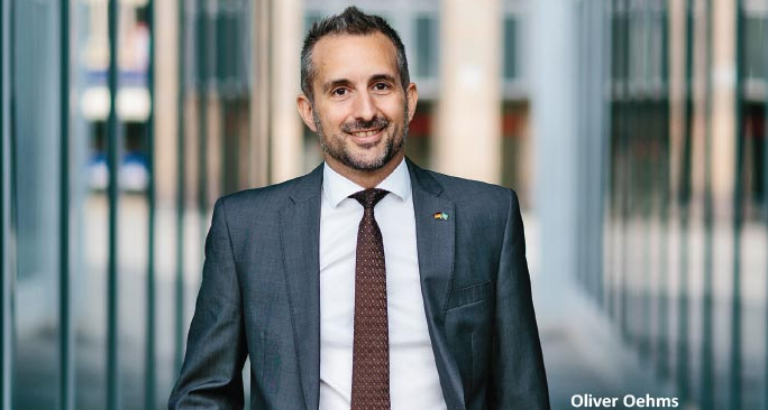 Oliver Oehms of the German-Saudi Arabian Liaison Office for Economic Affairs (GESALO) explains his organisation’s role in the region.

What does GESALO do?
GESALO is part of the global network of German Chambers Abroad. In currently 92 countries, German Chambers promote and nurture bilateral business relations, on a not-for-profit basis. This is what we have been doing in Saudi Arabia for 40 years now, and in Bahrain since 2014.

The organisation is celebrating its 40th year in the region this year. Can you tell us some of the highlights of that time?
It all started very humbly as a two-man office back in 1978. Now we employ some 20 full-time professionals. Obviously, the scope and depth of our portfolio has developed significantly along this journey. In principle, we act in a purely demand-driven capacity, either responding to individual company requests or to those of sector and industry associations. Highlights were either ‘big’ or simply driven by charming experiences we made with ‘off the beaten track’ business visits of individual companies. For instance, a fashion show that we organised 10 years ago in Riyadh for a handful of German fashion brands.

How many German companies are represented by GESALO and does that include those in Bahrain?
In Saudi Arabia the German business community comprises some 200 companies operating on the ground, either as JVs, representative offices or as WHFOEs (wholly foreign-owned enterprises). A much larger number have constant business relations from back home in Germany, totalling around 800. In Bahrain the German ‘headcount’ is some 35.

How much activity does the organisation have in Bahrain?
We ramped up our presence in Bahrain quite significantly, especially through our German Desk in Dammam. Once a week one of us is present in Bahrain. Each year we have seven to eight events organised in Manama; for instance, our annual gathering of the German Business community, and also several German inbound business delegation visits.

What would you say gives German companies their unique DNA?
Germans have a reputation of being rather cautious and conservative when it comes to investing overseas. This comes with an upside: once they commit, they stick to it, often for generations. This makes them attractive investors to many countries. Needless to mention – ‘Made in Germany’ is still a triple-A brand.

There was a German-Saudi Start-up competition earlier this year following which young Saudi entrepreneurs will participate in the Start-up! Germany Tour. Are there any plans for a similar competition in Bahrain?
We organised a Start-up Pitch Night in Manama in September. Both Bahraini and Saudi start-ups were invited. The winners were invited for a one-week tour to Germany in October. This is an international gathering of 50 start-ups, featuring meetings with industrial champions in Berlin, Cologne and the Ruhr area.

Can you share any other plans for the future, any initiatives or future delegation visits?
We are about to establish a Bahrain-German Joint Business Council, together with our colleagues from the Bahrain Chamber of Commerce and Industry. I expect this to lead a more purposeful strategic planning of mid- to long-term activities, and also a greater visibility of the bilateral business relations. Also, a delegation of 10 German start-ups visited Manama in October and some representatives of the German fashion industry will come this month.

GESALO is also invested in promoting Saudi/Bahraini businesses at trade fairs in Germany. Is this an area of significant interest to local companies?
Bahraini businessmen have been visitors to German trade fairs for a very long time, in many sectors. A relatively new development is the presence of the Kingdom on selected German trade fairs with country pavilions. A remarkable example is the presence at Transport Logistic, the biennial world forum for logistics in Munich. The presence of key Bahraini companies and institutions and the visit of HE Kamal bin Ahmed Mohamed, Minister of Transport and Telelcommunications, last year attracted a lot of attention. I think that Bahrain can only gain and benefit from such a presence on international sector trade fairs.

We ramped up our presence in Bahrain quite significantly.