The Cloud Comes to Bahrain 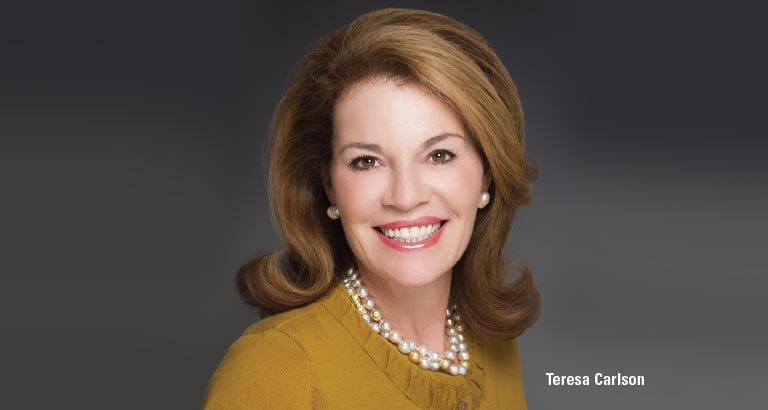 Can you tell us a bit about your role and how you became involved with AWS?

I lead the AWS Worldwide Public Sector business, working with government, education and nonprofit organisations around the world, helping them leverage the power and speed of cloud computing through AWS to innovate and better serve their citizens. Today, AWS public sector customers include 2,300 government, 7,000 education, 22,000 nonprofit customers and a vast partner ecosystem worldwide.

Could you explain exactly what cloud computing is and what AWS offers?

The term ‘cloud computing’ refers to the on-demand delivery of IT resources via the Internet with pay-as-you-go pricing. Instead of buying, owning and maintaining their own data centres and servers, organisations can acquire technology such as compute power, storage, databases and other services on an as-needed basis. It’s similar to how consumers flip a switch to turn on lights in their home and the power company sends electricity. With cloud computing, AWS manages and maintains the technology infrastructure in a secure environment and organisations access these resources via the Internet. Capacity can grow or shrink instantly and organisations only pay for what they use.

AWS gives software developers or businesses the keys to one of the world’s most reliable, secure, scalable and cost-efficient web infrastructures. This makes it possible for any business to reach the scale of major Internet players like Amazon.com, but without the expensive price tag of building and maintaining such infrastructure – all using cloud computing technology.

You recently announced the opening of data centres in the Middle East and the launch of three Availability Zones in Bahrain. Could you elaborate on what this means?

AWS has been steadily increasing investments in the region over the last year, and we recently announced plans to open an infrastructure region in the Middle East by early 2019. The new AWS Middle East (Bahrain) Region will consist of three Availability Zones at launch.

Availability Zones (AZs) consist of one or more discrete data centres, each with redundant power, networking and connectivity, housed in separate facilities. AWS has 44 AZs around the world with another 14 coming online, with the new Regions launching in 2017 and 2018. These AZs provide customers with the ability to operate production applications and databases that are more highly available, fault tolerant and scalable than would be possible from a single data centre. As a result, AZs are designed in such a way that if in the unlikely event one were to fail, the others would continue functioning normally.

What are some of the specific aspects of the service that will benefit businesses in the Kingdom?

Bringing an AWS Region to the Middle East means organsiations will be able to provide even lower latency to their end users. The new AWS Middle East Region will bring flexible, affordable, reliable and secure cloud computing technologies close to end users in Bahrain and across the Middle East, and help organisations speed up their digital transformation initiatives and rapidly innovate for the citizens of the region.

The adoption of AWS services amongst start-ups from the Middle East has led to new businesses quickly launching and going global. A good example is Careem that runs totally on AWS and over the past five years has grown 10 times in size every year. Another example is Anghami, a music service that is using AWS to add over 10,000 tracks a day to its catalogue using Amazon S3 and serving over 750 million monthly streams. These start-ups, and more, have chosen AWS because it gives anyone with a disruptive business idea access to the tools and resources to compete in ways that were very expensive and often cost-prohibitive in the past.

AWS also works with incubators and accelerators in the Middle East to provide resources to start-ups through the AWS Activate programme. This includes Cloud 10 Scalerator in Bahrain, where AWS is providing training, AWS credits, in-person technical support and other benefits.

We see creativity, innovation and forward thinking across all of Bahrain’s economy, from start-ups through to government institutions, and we’re particularly excited about the opportunities in the Bahrain public sector as the country pursues plans towards Vision 2030.

AWS works with a number of government organisations in Bahrain helping them to increase agility, lower costs and better serve citizens. The Bahrain Ministry of Education, the Ministry of Justice and the Bahrain Institute of Public Administration (BIPA) are examples of institutions moving workloads to AWS. The BIPA has moved its Learning Management System to AWS, reducing costs by over 90 per cent. Another example is the Bahrain Information & eGovernment Authority (iGA), which is responsible for moving all government services online and for ICT procurement for the Bahrain government. Through adopting a cloud first policy, iGA have helped to reduce the government procurement process for new technology from months to less than two weeks. They are now in the process of migrating 700 servers, with more than 50TB of data, with the goal of decommissioning their hosting platform by the end of 2017.  They have also started to migrate systems of national significance, such as the Bahrain Data Locator, and supporting other entity system migrations, like the Ministry of Education LMS that has 149,000 users, with more planned on the way.

Why did you choose Bahrain as part of your expansion into the region?

We have a long history of working with customers in the Middle East and, in January 2017, opened offices in the region in Dubai and Bahrain. Many of our Middle East customers have been happy running their technology infrastructure in our existing AWS Regions around the world, but the feedback has been they would also like an AWS Region in the Middle East.

Where we locate our Regions is based on several factors, including how much geographic area we can cover to give customers low latency when running applications, the availability of renewable energy and the local government’s long-term commitment to investing in technology infrastructure. When we weighed up all of our criteria, Bahrain was the right choice for us at this time to be the location for our first Middle East Region. 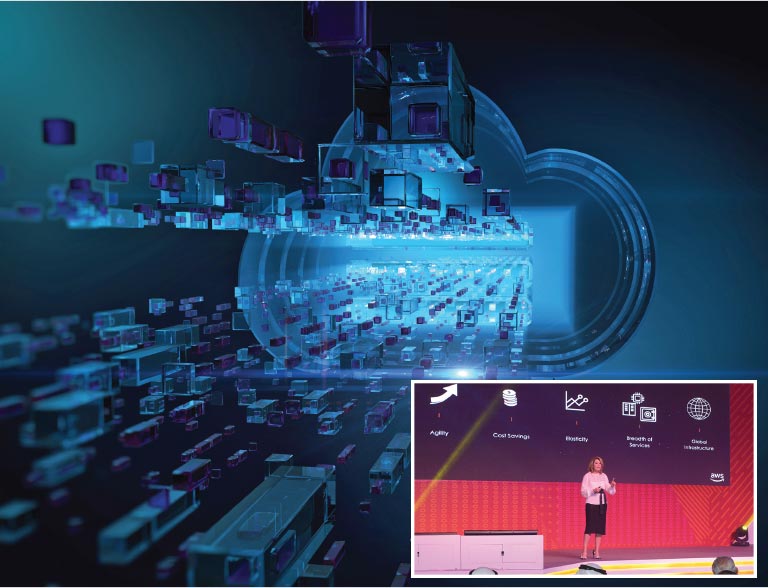 Can you tell us how AWS is helping to promote technology education in the Kingdom?

AWS offers a full range of training and certification programmes, available through AWS Training Partners or through Tamkeen, that help customers interested in the latest cloud computing technologies, best practices and architectures to advance their technical skills.

Through the AWS Educate programme, AWS also works with Bahrain Polytechnic and University of Bahrain, providing students and educators with the resources needed to accelerate cloud-related learning.

What are the environmental benefits to cloud computing and how does AWS support sustainability in Bahrain?

There are a number of environmental benefits inherently associated with running applications in the cloud. On average, AWS customers use 77 per cent fewer servers, 84 per cent less power and utilise a 28 per cent cleaner power mix, for a total reduction in carbon emissions of 88 per cent. In addition, AWS has a long-term commitment to achieve 100 per cent renewable energy usage for our global infrastructure footprint and the new AWS Middle East (Bahrain) Region will help us towards this goal.

AWS chose Bahrain in part due to the country's focus on executing renewable energy goals and its proposal to construct a new solar power facility to meet AWS’s power needs. The Bahrain Electricity and Water Authority expects to bring the 100MW solar farm online in 2019, making it the country’s first utility-scale renewable energy project.

How do you see the future of cloud technology?

We see a great opportunity for cloud in Bahrain for smart city and collaborative city technologies. A true smart city is a collaborative one, which not only has sensors that are accumulating data, but also features engaged citizens who are aiding in the collection of data in order to add to a system that benefits others. We think Bahrain has the kind of creativity and forward thinking among its citizens to help achieve this.

Another area where cloud has potential in Bahrain is in healthcare. Around the world we are seeing the rise of personalised healthcare, where doctors, researchers and healthcare professionals use biotechnology and cloud computing to diagnose and treat patients more accurately based on their specific needs and genetic information.