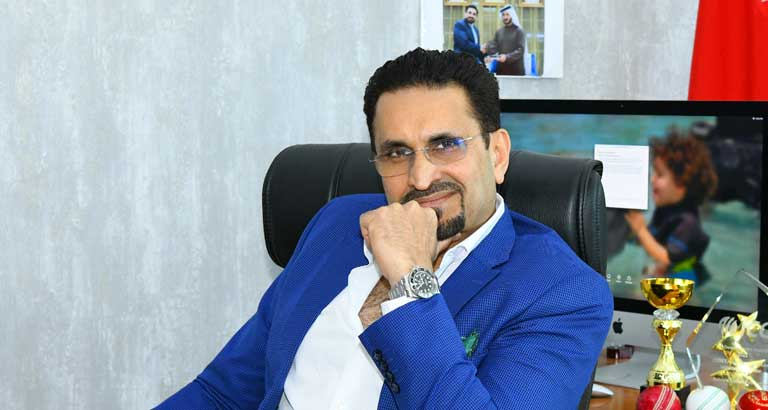 With 2.5 billion followers, cricket is the second-most popular sport just behind football with 3.5 billion followers. It has a substantial geographical reach, being popular in Australia, Bangladesh, England, India, New Zealand, Pakistan, South Africa, Sri Lanka, the West India with growing popularity in many countries around the world such as Afghanistan, the Netherlands, Kenya, the UAE, and now Bahrain. With the revamp of the Bahrain Cricket Federation, the rise of the Bahraini teams in the international arena have been a source of immense pride. Farah Saville speaks to the Founder and CEO of Saara Group, Mohammad Mansoor, who is also the Chairman of the BCF Advisory Board about his efforts to make this a reality and his extensive professional career.

A successful businessman Mr Mansoor is a man who wears many hats with equal ease – he is a serial entrepreneur, venture capitalist, sports enthusiast, clean energy evangelist, the Chairman of the Advisory Board at BCF and actively works with the United Nations in his capacity as the Director, The Council, World Youth Group.

You've had a fascinating career over the years. Could you take us through some of your achievements?

Bahrain has been home for many decades, since 1987 actually, when I came here as a software engineer and I used to work with several leading banks and hotels. During the Gulf War, when many software firms left the island, I found a window of opportunity when I got a call from a leading bank to fix a critical flaw in their system.

When I went to fix the system I realised two things - one that I could easily solve the problem and second that this was a once-in-a-lifetime opportunity to build my own business. I told the people concerned that I would solve their issue but they would have to sign an Annual Maintenance Contract with me. Needless they were taken aback my audacity and forthrightness as they would have preferred to pay me for a one-time job rather than sign a contract since I was not an organisation. Unwilling to settle for less, I chose to repair the problem for no payment rather than take a one-time payment. This astounded them and they went on to sign a contract with me and thus began by entrepreneurial journey.

After my first business became successful, there was no looking back - I set up an oil and gas maintenance and contracting out of Saudi Arabia and India, a real estate venture, and recently entered the clean energy space with an electric vehicle company based in the US.

Apart from this, sports is my passion and I was the person behind the Bahrain Premier League in 2018, which led to the revamp of the Bahrain Cricket Federation – which is a great success story on its own. But I must none of this would have been possible with the vision and support of HH Shaikh Khalid bin Hamad Al Khalifa. He has always been encouraging and supportive of my efforts in the sporting arena. I must also mention Mohammad Shahid – CEO, KHK Sports & President, BRAVE Combat Federation who has been a great pillar of strength and his hard work has resulted in BRAVE CF becoming the most successful MMA franchise in the world 0vertaking the UFC even.

What an extensive and varied career you've had! What can you tell us about your role as Chairman, Advisory Board of the Bahrain Cricket Federation?

It has been an interesting journey to say the least, with His Highness Shaikh Khalid bin Hamad Al Khalifa's support we have seen the Federation flourish. Within a year of its formation the National Teams have made us proud as they won the 2021 ICC Men’s T20 World Cup Asia Qualifier in Doha. While the Women’s team broke several world records in their match abroad.

In fact, one of the achievements was that we built Bahrain’s first women’s cricket team in 6 months…and women empowerment is one of our key agendas. Something that was recognized internationally. Bahrain won global recognition by being awarded the ‘100% Female Cricket initiative’ by the International Cricket Council.

I makes me proud that we have accomplished so much in one year but the fact also is that we have faced many challenges. We lack proper infrastructure to take our team ot the next level. We play on sandy or cement grounds, which is not ideal at all.

What are the plans to combat these challenges?

Our plans include coming up with state-of-the-art cricket facilities in Bahrain and hosting international cricketing events in Bahrain. We plan to promote sport tourism and, once facilities are ready, hope to host big tournaments. Currently, we send our coaches to various schools so we can participate in bilateral tournaments between different countries. We would need support from the business community and the corporates to realise our vision.

This all sounds very exciting! When did your passion for cricket start?

Well, I used to play cricket when I was in college. At the time, we didn't have any opportunity to break into the international level especially in India but today with tournaments like Indian Premier League, Bahrain Premier League and now the KHK League we can identify good players quickly and give them the opportunity that we didn't get.

What is your advice for young and aspiring entrepreneurs?

Being an entrepreneur has become fashionable but it is not a piece of cake. The most important advice is that money should not your sole focus.

Starting a business begins with an idea, followed by hours of research and reaching out to people that can help. Having a solid concept, well-researched information and a strong network will set your future business up for success and for that you need to be your biggest critic.

What we must realize is that starting a company is like a marriage, in the initial stages we are starry-eyed, optimistic and neglect the reality. But eventually, you’re left with a reality that is either good or bad depending on the choices you made as you got started. I would really recommend taking your time and challenging your assumptions to be sure this is a rock-solid idea before you are fully committed. And of course surround yourself with the right people, people who are not afraid to tell you the bitter truth - those are your true friends. 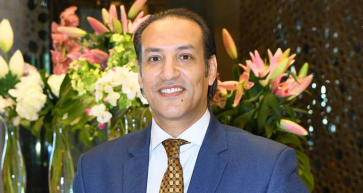