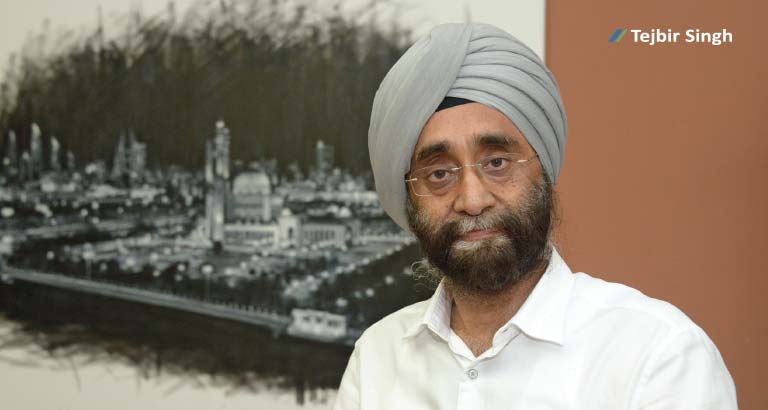 When he received an email in July, informing him that he had been nominated for an award in the online magazine DESTIG’s annual honours list, Tejbir Singh almost consigned it to the spam heap.

“My first reaction was that it was one of those online hoaxes,” the 56-year-old architect chuckles. “Then, I thought ‘Let me email them to see if this is actually real.’ So, I contacted them and they said I’d been shortlisted in the ‘Best Artist – Middle East (Mixed Media)’ category. The funny part is I hadn’t even applied to be included in their list. I suppose they found my website and liked what they saw.”

A couple of weeks later, DESTIG, a digital, London-based cultural magazine for senior business leaders and with a readership spread over 80 countries, informed Tejbir that he had won in his category. “It came as a surprise,” he says, modestly. “But a very pleasant surprise, of course.” 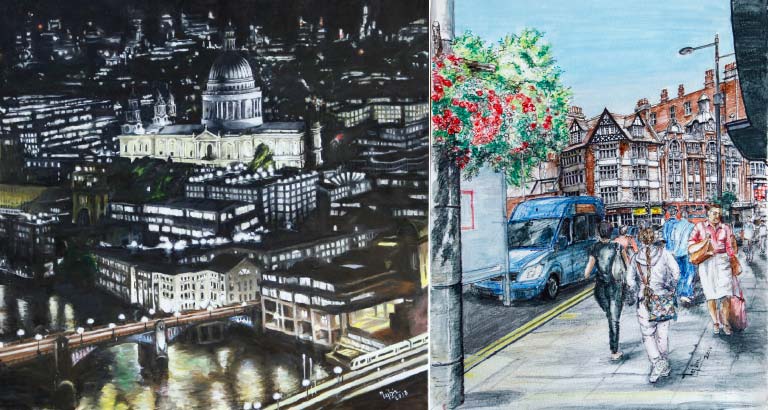 Such acclaim is nothing new for Tejbir, whose career as an architect spans over 30 years. In 1990, while working for an architectural firm in Delhi, one of his paintings – an insightful piece incorporating the symbols of the world’s religions over a hand raised in prayer – attracted the attention of the World Council for Religions. Soon, at the council’s invitation, Tejbir and his newly-wed wife found themselves in San Francisco where his painting was exhibited at the organisation’s headquarters, along with the work of several other artists from around the globe.

And, in 2017, a painting he did in London was included in the 10 finalists list by the ART BOX art gallery in New York. Since the late 1980s, in fact, he has exhibited regularly in group and solo shows in India, England, the US and Bahrain.

It is the Kingdom, though, that inspired Tejbir’s art to new levels, both in terms of creativity and frequency. Having worked in London through the early 1990s before moving back to India for a few years, Singh was offered a job in Bahrain in 1998 and, as he prepared for his departure, one impulsive decision would define how his art would pan out over the next 20 years.

“I had to leave my wife and two young children behind for the first few months,” he explains. “So, at the last minute, I threw my sketch pad, some markers and water colours into my bag because I realised I wouldn’t know anyone here and painting would help keep me occupied in my spare time.”

Soon, drawn in by the allure of Bahrain’s architectural heritage, Tejbir’s passion for painting combined with his natural instinct as an architect to create significant new pieces that garnered interest from several quarters, including the Ministry of Culture.

“At one point, the firm I was working for had several projects in Muharraq,” he says. “So, on my commute to or from work, I would often take a detour to explore the many old, historical buildings that dot the landscape there. Some of the paintings I did in my attempt to document this heritage attracted the interest of the art curator at the Ministry of Culture and, soon, I was commissioned to do small pieces that were displayed at the Bahrain National Museum’s gift shop.”

Now, as he relaxes after a hectic couple of weeks in London where he held an exhibition at the Nehru Centre, a cultural complex curated by the Indian High Commission, Tejbir reflects on how the two decades he has spent in Bahrain have made him evolve as an artist.

“I always thought of myself as a part-time painter,” he explains. “But my life in Bahrain has redefined that notion. Over the past few years, I have consciously been taking out more time to paint, to be more consistent. It shows in my recent work and, I suppose, the honour from DESTIG is the result of this new focus.”

I had to leave my wife and two young children behind for the first few months.”