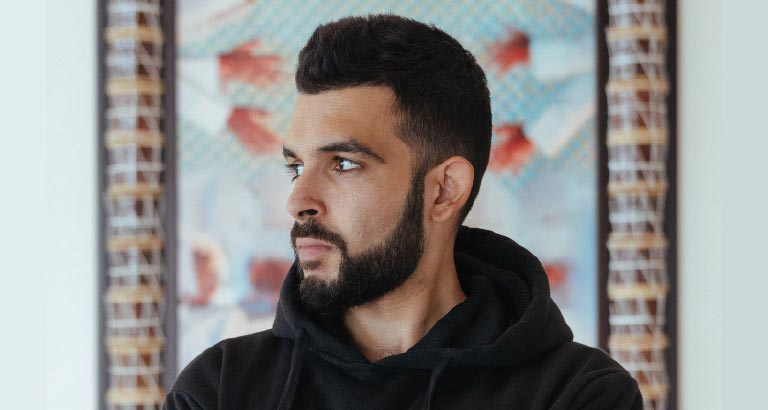 Supremely talented photographer, Ishaq Madan, tells Bahrain This Month’s Farah Baig about his photography, exciting projects and his upcoming adventure through which he’ll be raising funds for a charity that changes the lives of the terminally ill.

You need no introduction when it comes to your followers, but could you tell our readers a little bit about yourself?
I am a self-taught, published Bahraini photographer practicing the art of photography since 2014. My work often combines natural light techniques that play with soft highlights and unusual perspectives that aim to create painting like photographs which portray subtle visual storytelling through the characters captured in the frame. Moreover, my inspiration is heavily drawn from my desire to bridge the gap between Bahrain and the world through visual masterpieces that embody the definition of the word ‘Sonder’, in parallel with local Bahraini constructs of architecture and traditional metaphors via visual elements and personal emotions.

You describe yourself as a ‘Bahraini visual storyteller’. What led to your interest in photography and when did you get started?
My journey began during the rise of iPhoneography; however, I believe the seeds were planted when I used to take photos of my mother and brother during our summer holidays abroad when I was a kid. Phone photography and social media played a huge role in my development as the ease of mobility and connecting with the world instantly grew my curiosity to see the mundane and beyond as visual poems relaying stories of a still life.

How would you describe your photography?
I would best describe my photography as visual stories that portray the in between: moments that occur in fraction of seconds. Often missed and neglected, that’s where choices are made, and the future follows.

What has been your most exciting project to date?
One of the pleasures of this medium of art is it has taken me around the world as my works have been featured in numerous exhibitions ranging from Sharjah Art Foundation’s Vantage Point 5 (2018`), Paris’ Biennale (2019), Dubai’s Arab Street Vol. 2, and the 46th Bahrain Annual Fine Arts Exhibition (2020). I was also recently commissioned by Bahrain International Airport to create a unique piece for the new airport terminal which began operating in January 2021.

I think the airport project is currently my favorite, and has been my most exciting project to date. It was as if I manifested it into reality. I recall when the construction of the new airport was announced and the plans to have a museum in it were shared to the public. I said to myself, “I want to be a part of this new historical moment in Bahrain’s history”. Years later, I got the opportunity as BAC commissioned a number of local artists and I to create something new. Of course, I can’t thank Abdulla Buhijji and Noor Alwan, the curators, for the opportunity and support.

As someone who has delved deep into the world of photography, are there any photographers you look up to?
I look up to Japanese photographer Daido Moriyama, and the late German photographer Peter Lindbergh as their philosophies intertwine in respect to the breaking of norms, and the call to pursuit of whatever brings you joy in the medium of photography; hence, my works reflect a range of photography genres such as street, fashion, and architectural photography. 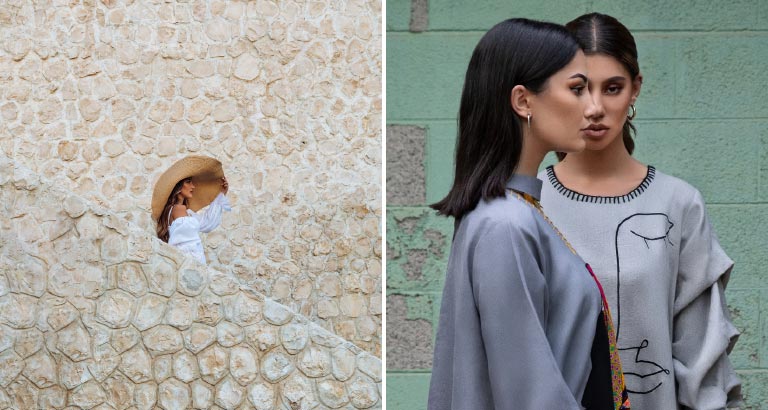 That being said, I am fundraising in support of Marie Curie UK; a charity with origins that date back to the late 40s, which provides care and support to the terminally ill. Every penny will help frontline nurses provide vital care to those in need. At least an hour of service can be provided with only £20. Every non-anonymous donor will receive a collection of postcards called the ‘NOTTS Collection’ - a one-off series of postcards with photos captured in Nottingham.

Is this your first charitable project? What’s making you pursue the challenge?
In terms of fundraising, yes, it is! I believe in travelling with purpose. A purpose of doing good and helping others wherever you go and stay; it illuminates your self-growth and soul. Isn’t that something worth living for? To touch the lives of others in a positive way. Nonetheless, I love challenges, it’s the best way to learn more about yourself.

What made you pick Marie Curie UK as your charity of choice?
Nottingham Trent University 3 Peaks Trip Team have always partnered with Marie Curie UK. The organisation literally changes the lives of the terminally ill, empowering them to further lead their lives with courage, strength and joy.

When will you begin the challenge and how do you plan to prepare for it?
Inshallah, if restrictions ease up, we will begin our adventure sometime mid-June. I’ve been preparing myself for this feat by going on daily walks around Nottingham. Being a photographer, it helps motivate me more than usual as it’s only when I am practicing street photography. A win-win situation if you ask me.

You recently moved to Nottingham. Are you pursuing a special project or goal in the area?
I am pursuing my postgraduate studies here in Nottingham, at Nottingham Trent University. When there’s a crisis, there’s also an opportunity. The current situation has shown me that it’s a good time to increase my knowledge and skills. As the world evolves rapidly I need to adapt with it as well.

What would you consider your greatest achievement to date?
I’d probably say exhibiting in Paris. That was such a surreal experience right out of a movie! It’s quite a rare experience exhibiting internationally, especially being an artist in the Middle East in the 21st century. Nonetheless, all my achievements would have never been possible without the support of my Instagram family, I owe it all to them. 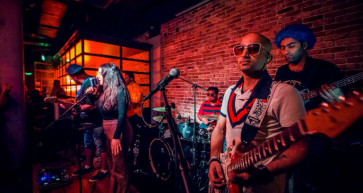 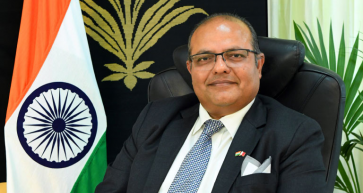 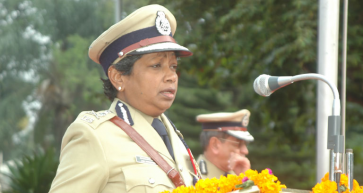