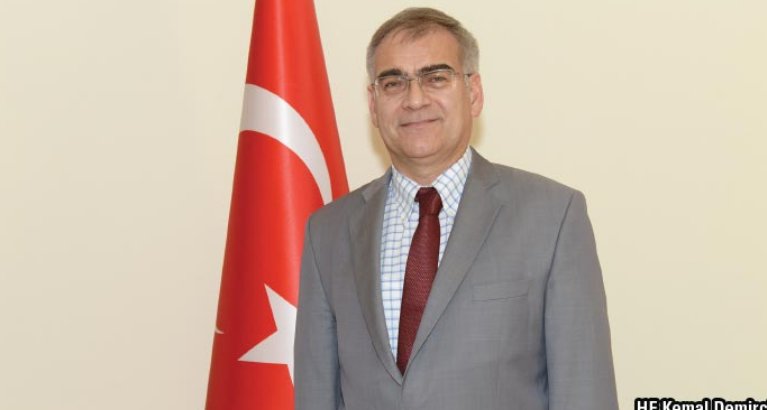 Turkish Ambassador HE Kemal Demirciler tells Liz O’Reilly that his number-one priority is to encourage the ever-growing numbers of Bahraini visitors to his country.

How long have you been in Bahrain and how are you finding it so far?
I came in December and am finding it very good and enjoying it. Bahrain is different to the other Gulf countries; it is traditionally more open to foreigners because of its trading history.

How has your previous experience prepared you for this role?
I wanted to be an engineer when I was in college but then realised I was more drawn to social sciences, so I thought it was a good idea to change.
Diplomatically, I started out in Muscat from 1986 to 1988 as third secretary. I was then promoted to second secretary and transferred to our embassy in Rome. Even then there were problems with illegal immigrants trying to sneak in; 25 years ago there was people smuggling, the same as now!
Over the years, I have served in Germany, Kuwait, Pakistan, Russia, Zimbabwe and finally Bahrain.
I came here from the Diplomatic Archives in Ankara. I was one of a small group of diplomats and ambassadors checking documents to see if they could be declassified so researchers can benefit from them. I was there for a year and enjoyed every minute of it – I found out lots of things I didn’t know!
In diplomacy, learning is a never-ending process. The day you complete your tenure and are off to the airport, you are still learning.

What is the size of the Turkish community in Bahrain?
We don’t know the exact number as people don’t have to register but it’s estimated at around 2,500, young people especially. The population is fluid. They are working in all kinds of categories, from banking to engineering to university professors. The restaurant sector is also a big employer. And there are many Turkish barbers.

What are your plans and aims for your term in the Kingdom?
My number one plan is to keep up the trend of Bahrainis visiting Turkey [numbers have risen massively in recent years]. I think they go because they feel at home. Some have bought property or businesses, which is easy to do. Also, the exchange rate is favourable. The most recent figures for Bahrainis travelling to Turkey were 41,505 in 2016 rising to 59,442 in 2017. Till August this year, the number was 54,262, so it’s likely 2018 will see another rise by year end.
The Turkish Government is engaged in activities to try to attract travellers from the region. Unfortunately, there is only one Turkish representative office, in Dubai; it would be good to have others. The national carrier, Turkish Airlines, and Pegasus are expanding their services in the region, too, which will, of course, help.
What are the current trade figures between the two countries and do you see potential for this to increase?
In 2017, the overall trade between the two countries was USD414,221 million; in the first seven months of this year, the overall figure is USD303,413. It’s fairly stable but who knows how the US embargoes against Iran will affect international trading.
In the last year we have had several agreements, but the important thing is for the private sectors in each country to be communicating because it is there that the investment decisions are made. We are having a meeting to update with the Turkish-Bahraini Business Council – this happens one year in Bahrain and the next in Turkey; hopefully it will be in early 2019. The council has people from industries across several sectors and allows Turks and Bahrainis to get together to discuss taking cooperation forward.
At the beginning of 2017, a number of accords were signed to deepen cooperation between the two countries.

How are these progressing? Will they be subject to periodic review?
Some are still with cabinet waiting to be endorsed or for judicial issues. Others are already in place, such as the abolition of visa fees for Bahrainis travelling to Turkey.

Are there any high-level visits planned between the two countries is the coming months.
Turkey attends the Manama Dialogue [taking place as we went to press]. I was told the president of defence industries and high-ranking officers from the armed forces would be here. I’d also like to see the business council promoting the artists of Turkey.