We catch up with Sébastien Buemi - F1 Racing Driver 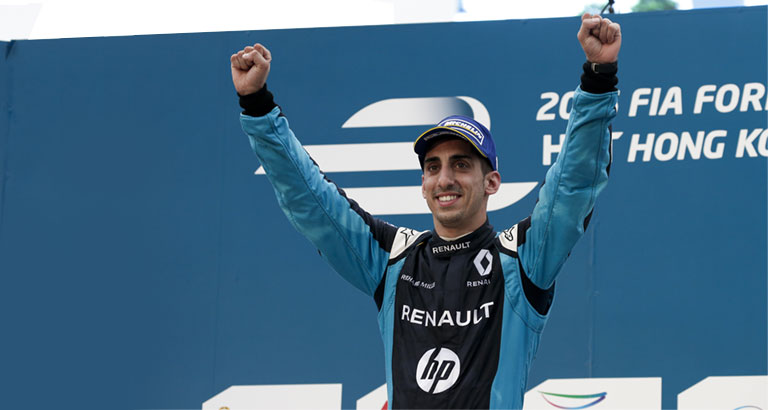 As the winter sun set in Bahrain, we sat outside on the cool shaded porch belonging to Sébastien’s uncle, Humbert Buemi the Honorary Swiss Consul General’s villa in Saar and spoke to the F1 driver and winner of the 2018/19 WEC Championship and 2018/19/20 Prestigious 24 Hour of Le Mans Races about his life, his passion for motorsports and more. 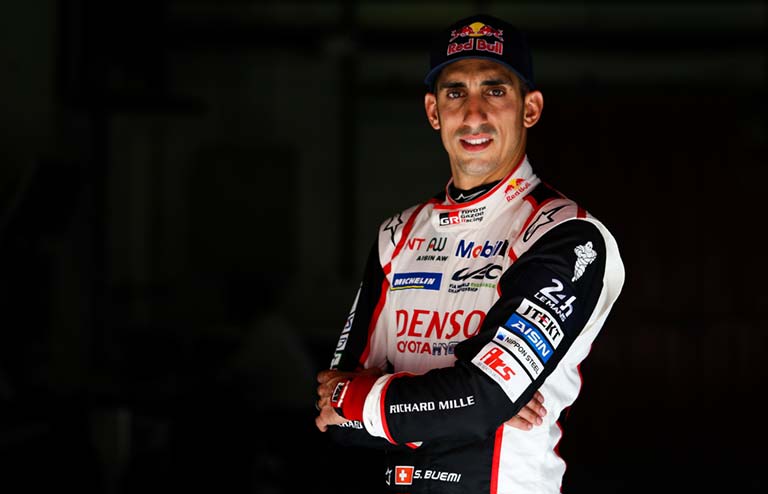 You’ve had quite an illustrious career in the world of motorsport. Could you tell our readers a little bit about yourself?
I am 32-years-old,  Swiss born and raised and currently competing for the FIA World Endurance Championship, racing Formula E aside from being the reserve driver for Aston Martin Red Bull Racing in Formula 1. I started driving when I was 5 years old after receiving a Go-Kart as a Christmas present from my Dad which ignited my love for racing, and since then I don’t remember my life without Go-Karts or racing being a significant part of it. I started early, went to single seaters when I was 16 years old, then Red Bull stepped in as a sponsor and basically financed my whole career. I got into Formula 1 in 2009. In 2012, I was racing for Toyota in the FIA World Endurance Championship including the 24 Hours of Le Mans race - the most important endurance race in the world. Since 2012, I have been the reserve driver for Aston Martin Red Bull Racing Red Bull for F1 as well.

Is there a great deal of difference in the logistics and race preparation for Formula E and the F1?
These are different types of racing championships so the regulations are also different. Formula 1 is competing on normal race circuits like the BIC, whereas Formula E is all street racing like Monaco and Singapore. Formula E is always a one-day event whereas the F1 is a three-day event. The logistics are not too different since you have a team travelling to all races, the F1 is a comparatively bigger and there are around 60 people travelling for the races while around 700 to 800 people work at the factory. Formula E is smaller with about 30 to 40 people travelling to all the races and a team of about 100 people in all. 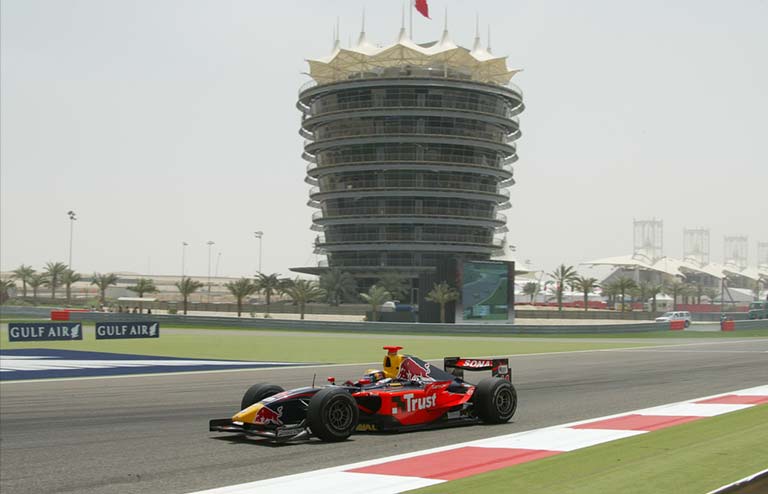 What would you say was the highlight of your career so far?
It’s hard to say but races you win are always good memories, but if I had to name one instance it would likely be my first race in the Formula One… It’s kind of a dream come true. Getting to start the F1 race in Australia in March 2009 and of course winning the 24 Hours of Le Mans endurance race.

What are the most challenging aspects of being an F1 racing driver?
You have to drive high performance cars really fast, safely and responsibly and that’s a lot of pressure. There are only 20 drivers competing at each race and every seat is very difficult to get and then keep. There are big differences between the cars in terms of cost and it’s really important to always try and get into the best car available. It’s a big challenge, because once you are in a good car it can help your whole life ahead quite a bit. It’s always trying to achieve the best, to be the best and it’s a big challenge to compete and be competitive in Formula One. 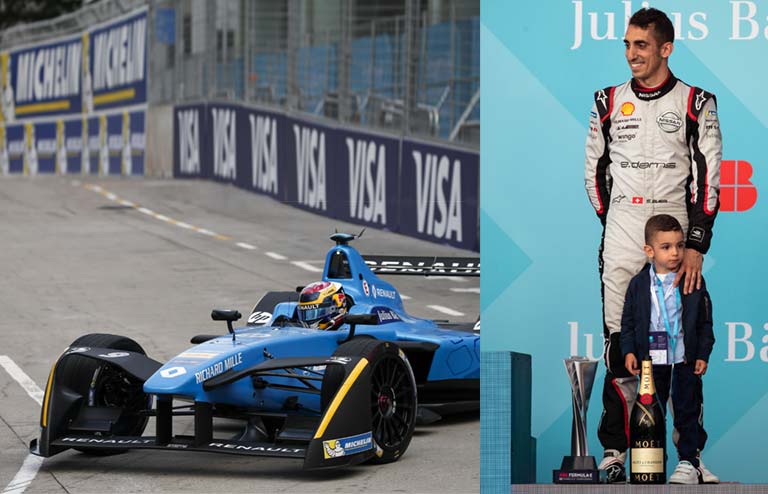 What are your thoughts on the current implementations taken by the F1 to continue having the races?
I think it’s good - I mean somehow you need to get going - you can’t just wait and stop everything. Racing in Portugal recently, we even had about 30,000 spectators. There shouldn’t be many in Bahrain, but they have control measures and regulations and I think they have done a good job here. Every country is different but the F1 has had a lot of races and although it started in July instead of March they will still achieve something like 17 races which is really quite a lot. One could argue that maybe they had too many, but I think that in the end it’s better to have racing going on than not at all.

You will have accumulated followers and fans in your racing career - any message for them?
Yes - I would like to thank everyone who supports and follows me and sends me messages of support and encouragement; it’s really kind. I hope to win more races, do a good job and make sure they keep following me in the future. 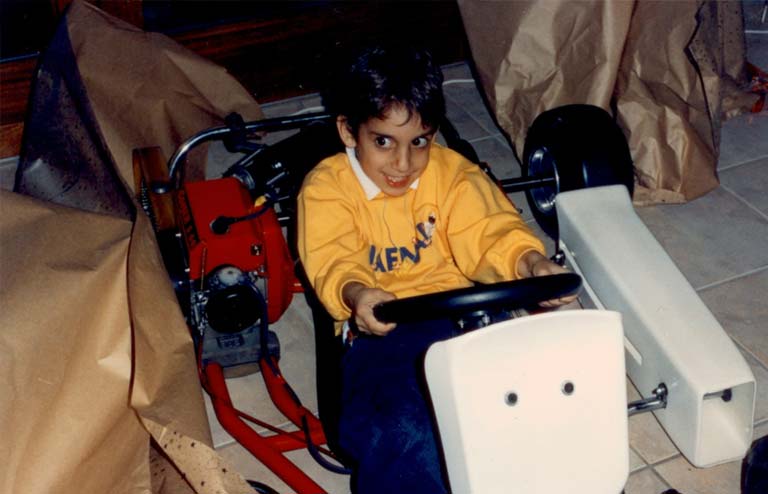 Do you have any advice for young, aspiring F1 drivers’?
Yes, competing in Go-Karts early is really important - that’s where you learn all the basic stuff. Then when you get to 14 or 15 years old and, provided you have shown talent, it’s important to get support from a big back end sponsor because it becomes very expensive to finance it.  I was lucky enough to get supported by Red Bull who financed the racing, without them it would have been very difficult. So, I think starting with Go-Karting very early and trying to achieve consistently good results is the key - a priority.

How long have you been associated with and sponsored by Red Bull?
I have been with Red Bull since 2004, so over 16 years - a fantastic sponsor, and global supporter and sponsor of motor sports. 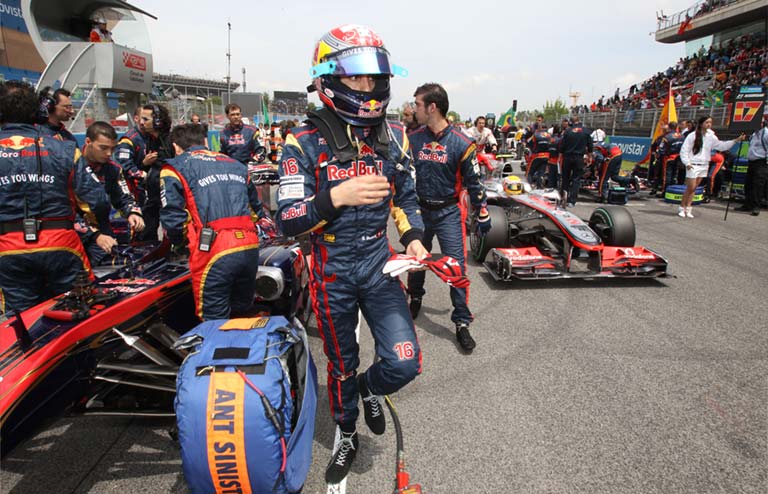 What is your current status and situation regarding the Bahrain F1?
I have been competing in another championship for the FIA World Endurance Championship title and was at the BIC whilst there was a race today in Istanbul, but I have racing priorities to adhere to. I am not certain that I will be in Bahrain for the F1 but its most likely I will be here and then travel to Abu Dhabi for the final race of the F1 season.

We have heard plenty about your racing career; can you tell us a little about your personal life?
I am married with two children, and have a wonderful family. I lived in Bahrain for a short while, in 2009 and 2010 but with the F1 being based mainly in Europe and with the teams being primarily in Spain or Italy, the logistics of being in Europe for F1 and Formula E racing is easier. I moved to Monaco around 2011 and stayed there until 2016. Since 2017, I have been living back in Switzerland which has been great since we are now close to all our family and parents. I really enjoyed my time in Bahrain, so we even came back for a week in January 2020 which was nice. 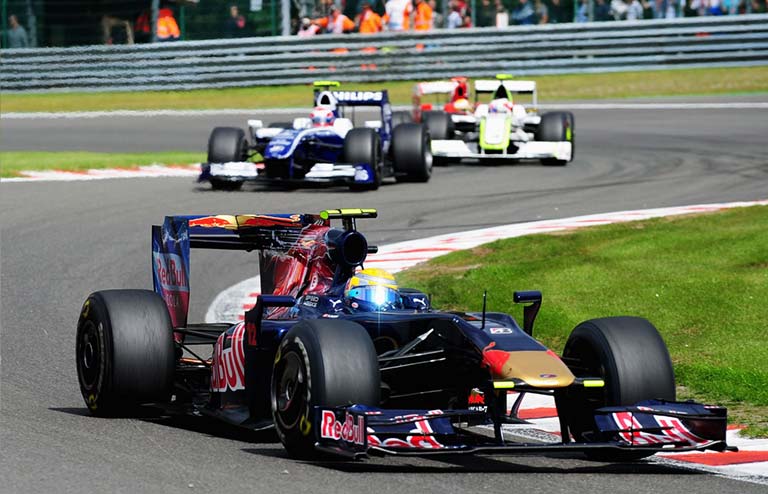 What’s your outlook on life looking like right now?
It’s hard to say - you know in life things move quickly and it’s important to enjoy the moment. It’s always easy to look at the future planning what you want to change, but we need to also enjoy it. Sometimes in my life I just chase time, running after it, I go from one point to the next and sometimes forget to enjoy it enough - and we should enjoy life, because we are lucky enough to be in such a good position today, right?