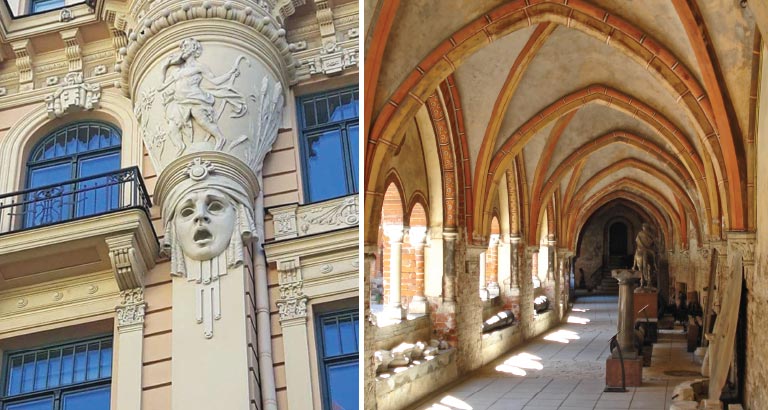 Riga, Latvia’s capital, is set on the Baltic Sea at the mouth of the River Daugava. It’s the largest city in the three Baltic states, Estonia, Lithuania and Latvia, and is considered a cultural centre well regarded for its many museums and concert halls.

The medieval, pedestrian-only Old Town is home to the buzzing Livu Square as well as a good selection of shops, restaurants, bars and nightclubs. This fascinating area is a UNESCO World Heritage Site and great for several afternoons and evenings of strolling. 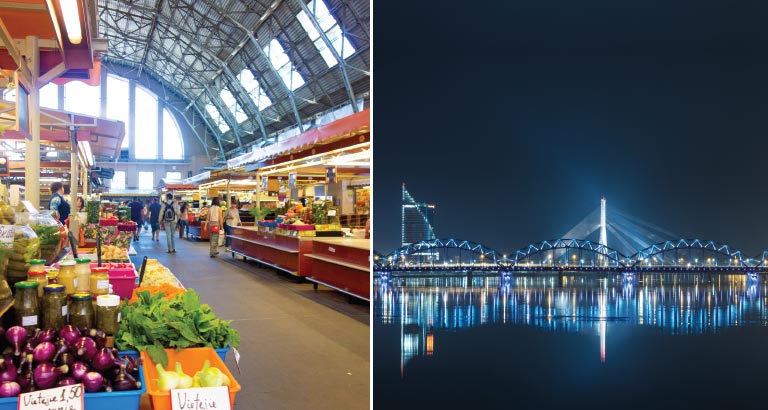 Alberta Street, or Alberta iela, is Riga’s Art Nouveau gem, full of splendid historical buildings erected in a short period of time – from 1901 to 1908 – with each standing alone as an inimitable 20th century architectural achievement. Eight buildings are now recognised as architectural monuments of national significance.

The city’s central market is huge, in fact one of the largest in Europe, taking up five airship hangars! There you’ll find a huge range of produce from cheese and smoked meats to honey and fresh vegetables.

And Riga is also known for its parks, which make it a seriously green city. The Botanical Gardens, belonging to the University of Latvia, are on the outskirts of the city and include glasshouses and a butterfly house. And Bastejkalna Park is home to waterways, a canal and pretty bridges as well as interesting historical statuary. 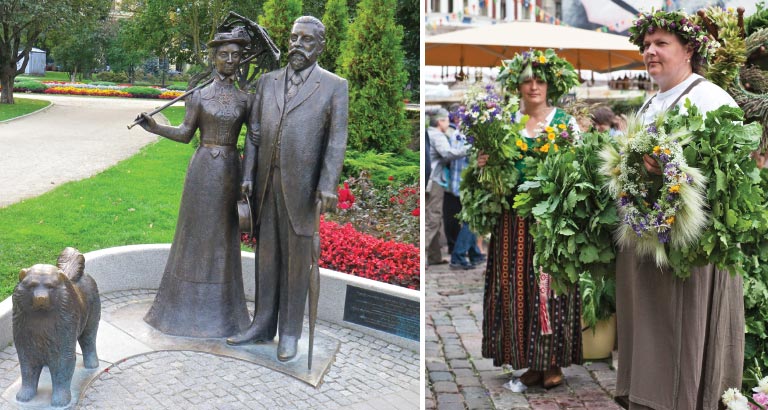 Riga is making a name for itself as a culinary destination. To kill two birds with one stone check out the  Biblioteka N°1 restaurant located in the beautiful Vermanes park in the heart of the city. Chef Maris Jansons has created a unique ‘library’ of contemporary Latvian cuisine, in which seasonal products of the highest quality are combined with high-level modern cooking techniques in a renowned degustation menu.

Turkish Airlines flies to Riga via Istanbul. It’s a 10-hour journey, so not exactly a weekend jaunt, but definitely worth considering over the Eid break. Temperatures for June are in the low to mid 20s, so it could be a welcome break from our scorching summer. Enjoy.