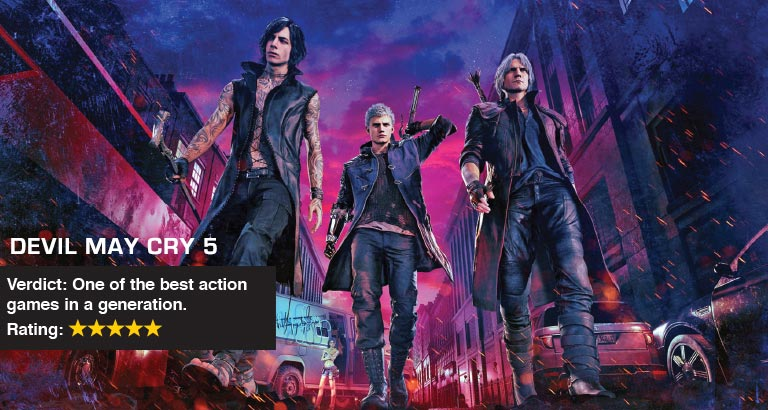 What is it?
Devil May Cry 5 is an action-adventure hack and slash video game developed and published by Capcom. The gameplay features the return of Dante and Nero as playable characters, along with a new character, named ‘V’. The gameplay is similar to the other titles in the Devil May Cry series, focusing on fast-paced stylish action. The player fights off hordes of demons with a variety of attacks and weapons and receives a style-rating in combat based on a number of factors, such as move variety, the length of a combo and dodging attacks.

Gameplay
Devil May Cry 5 isn’t about killing every enemy in the room, it’s about how you kill every enemy in a room, expressing yourself in an almost artistic and highly technical dance of swords, guns and acrobatics. DMC5 is the new pinnacle of this particular subset of the genre, thanks to a perfectly-paced campaign that mixes in three completely different playstyles, each of which contain enough depth to carry a game of their own; a fun and satisfying story; and, quite simply, one of the best combat systems you’ll find in video games.

Graphics
The game looks and sounds stellar. Style and personality ooze out of every animation, whether it’s Nero’s wild engine-powered sword attacks that send him flying across the level, Dante’s smug teasing of the various bosses, or V’s subtle mannerisms that just add to his mystique. Level design is more linear and much less puzzle-heavy relative to previous DMC games, which keeps the brisk pace up and puts more of an emphasis on skill-based combat challenges. 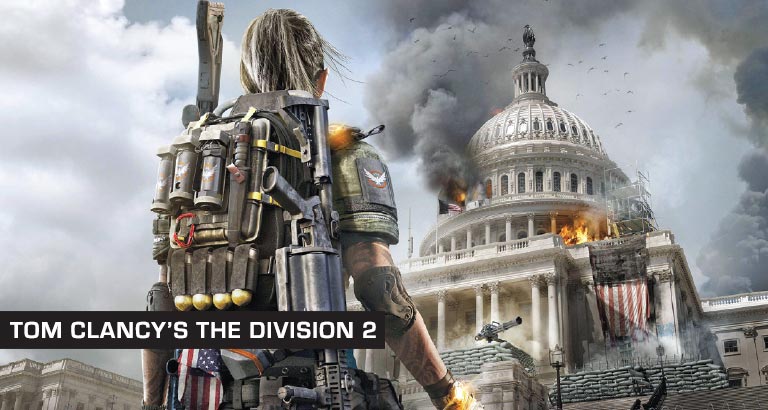 Tom Clancy’s The Division 2
Played from a third-person perspective, the game takes place in Washington DC seven months after its predecessor, featuring the green poison outbreak, in which a civil war between survivors and villainous bands of marauders breaks out. In the game, players can cooperate with each other to complete objectives. The game will also feature raids, which can be completed by up to eight players. 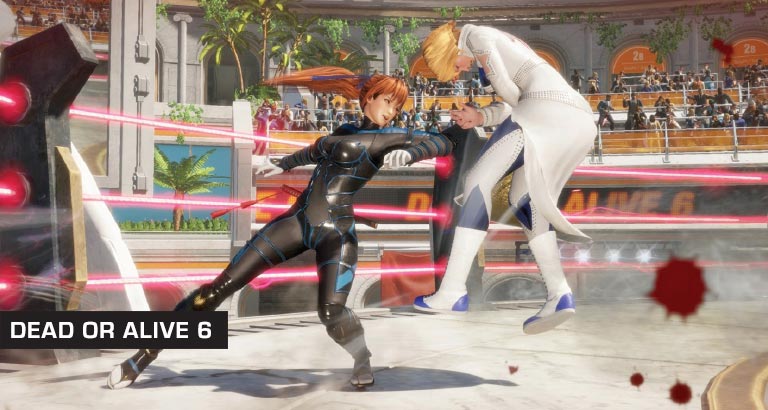 Dead or Alive 6
With brand-new stages and action, Dead or Alive 6 embodies and illustrates the evolution of true fighting entertainment. The world of DOA is brought back more vibrant than ever, featuring both enhanced visuals and an updated combat system, aimed to provide the highest possible level of technical skill. DOA 6 introduces a new Special Move Gauge (Break Gauge), adding a dramatic strategic element to the fights. 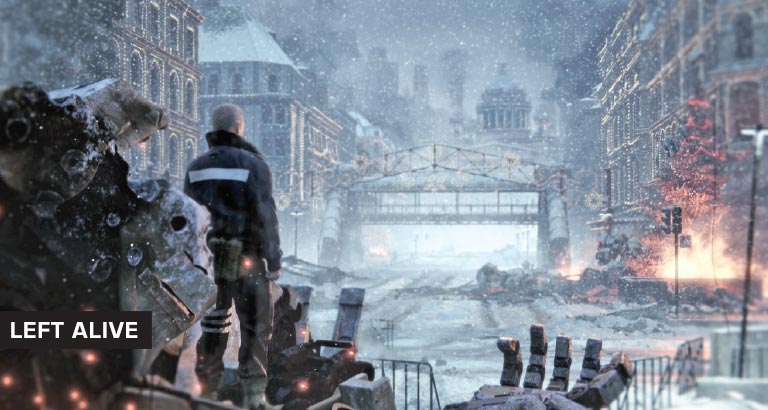 Left Alive
Left Alive is a survival action shooter designed by Square Enix. The game involves the talents of veteran developers Toshifumi Nabeshima, Yoji Shinkawa and Takayuki Yanase, who join forces to create Left Alive’s dark and gritty world. It tells a human story of survival from the perspective of three different protagonists during the devastating invasion set in war-torn Novo Slava in 2127.