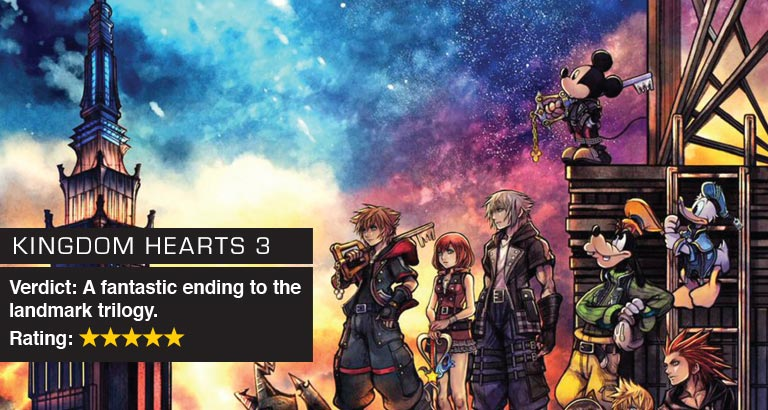 What is it?
Kingdom Hearts 3 is the third game in the beloved RPG series and features a mature Sora who sets forth on an adventure with Mickey, Donald and Goofy through new and legendary Disney worlds. Believing light and darkness must remain in balance, Master Xehanort seeks to spark war against the ‘tyranny of light’ to restore equilibrium. In an effort to undermine Xehanort’s plot, Sora, Donald and Goofy search for seven guardians of light and the ‘Key to Return Hearts,’ while King Mickey and Riku search for previous Keyblade wielders.

Gameplay
Gameplay is similar to its predecessors, with fast, fun hack and slash combat. Each world offers a specific gameplay element, such as first-person shooter Gigas mechs in the Toy Story world, downhill sledding in the Frozen world, and naval, underwater, and aerial combat in the Pirates of the Caribbean world, which also features numerous smaller islands at sea which can be explored. The Gummi Ship also returns as a means of travel between the different worlds of the game, with an exploration mechanic adding to the traditional Space Invaders-esque shooting.

Graphics
The assortment of Disney locations to fight in and explore in Kingdom Hearts 3 is made up of seven stunning recreations and expansions of beloved worlds. The worlds of Monsters, Inc., Big Hero 6 and Pirates of the Caribbean in particular are gorgeous delights. There is some impressive parity with the 3D animated films, and it’s all backed by beautiful orchestral takes on the movies’ classic themes. 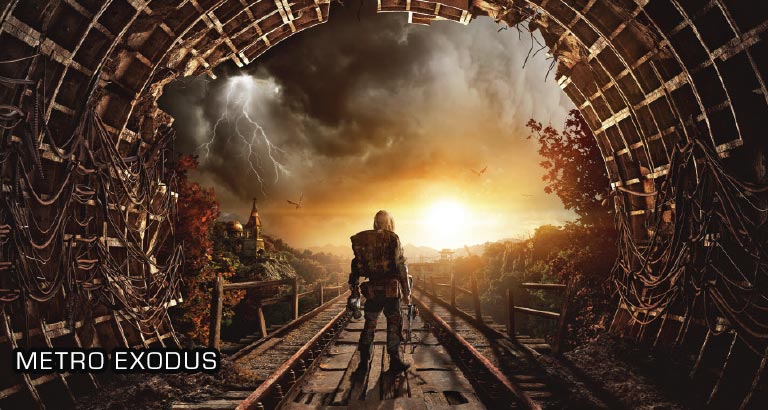 Metro Exodus
Metro Exodus is the third game in the post-apocalyptic shooter series based on the novels of Dmitry Glukhovsky. It blends deadly combat and stealth with exploration and survival horror in one of the most immersive game worlds ever created. Flee the shattered ruins of dead Moscow and embark on an epic, continent-spanning journey across post-apocalyptic Russia in the greatest Metro adventure yet. The story spans an entire year through spring, summer and autumn to the depths of nuclear winter. 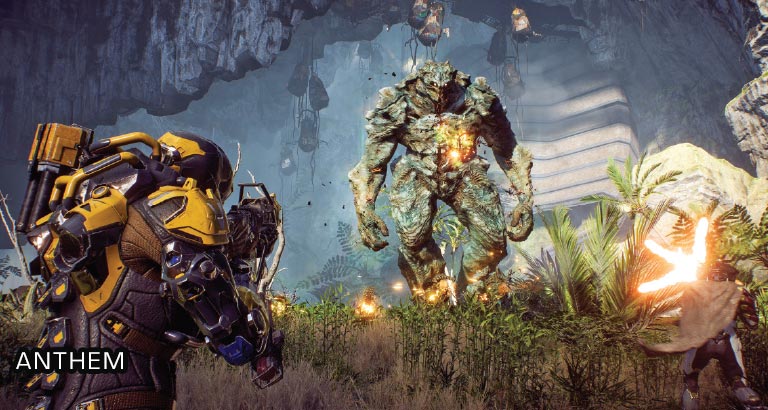 Anthem
Anthem is a shared-world action-RPG, where players can delve into a vast world teeming with amazing technology and forgotten treasures. The world is also filled with savage beasts and ruthless marauders where Freelancers are called to defeat the forces plotting to conquer humanity. Up to four friends can unravel the world’s mysteries and take on its most fearsome challenges together. 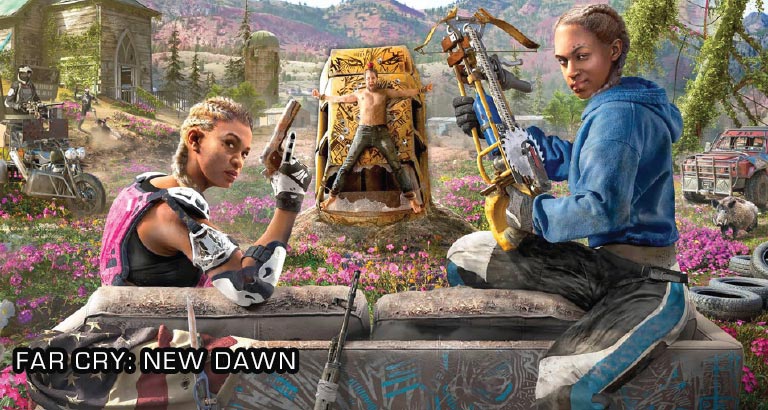 Far Cry: New Dawn
Set in a breathtaking post-apocalyptic world 17 years after a global nuclear catastrophe, Far Cry: New Dawn brings players into a wildly beautiful and radically transformed Hope County, Montana. Life has begun to emerge from the chaos, but the survivors now face a new threat – the merciless Highwaymen and their leaders The Twins, Mickey and Lou. To push back this devastating threat, players must help the Survivors grow stronger, craft a makeshift arsenal and form unexpected alliances to fight for survival in a dangerous new frontier.