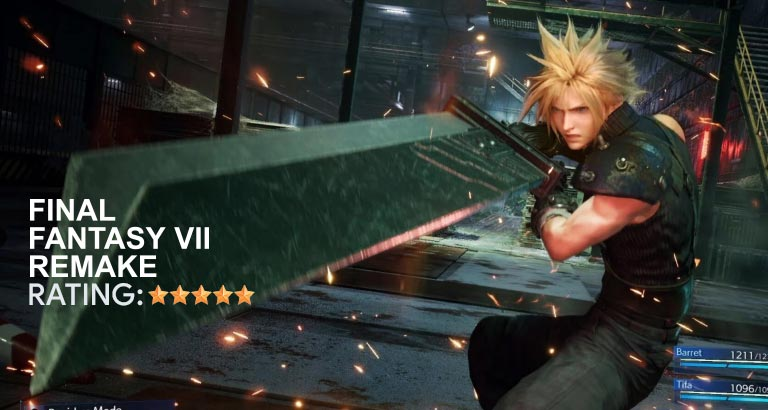 WHAT IS IT?
One of the greatest adventures ever told is now remade for a new generation 23 years later, as Final Fantasy VII is reborn. In Midgar, a city controlled by the mega-conglomerate Shinra Electric Company, rebellious eco-terrorists‭,‬ Avalanche‭,‬ seek to destroy Shinra’s reactors which suck up Mako, the lifeblood of the Planet, that they use to power their metropolis. Can Cloud, a former member of Shinra’s elite combat force now joined with Avalanche, and his small band of rebels, stop them?

GAMEPLAY
The game’s combat and exploration mechanics are superb. Hallmarks of the old turn-based system remain in the ATB (Active Time Battle) gauge, enabling you to unleash special abilities, wield spells or use items, when a segment of the meter fills up. Without the ATB meter, you can freely strike your foes, wearing down their stamina until they’re 'staggered', modifying your attacks with a press of triangle. It's an incredibly flexible battle system that ensures combat encounters remain novel and exciting, the succession of bosses requiring tactical thinking rather than absent-minded button mashing to overcome.

GRAPHICS
Visually, the game is unlike almost anything else currently available on PS4. The level of graphical fidelity is mind-boggling as the sprawling impoverished sectors of Midgar – a vast circular city comprised entirely of steel and stone –portray a dark grey spaghetti of pipes, girders and sheet metal suspended above the slums. Every corner of Midgar is caked in grime, its citizens surrounded by discarded rubbish and innumerable signs of neglect. 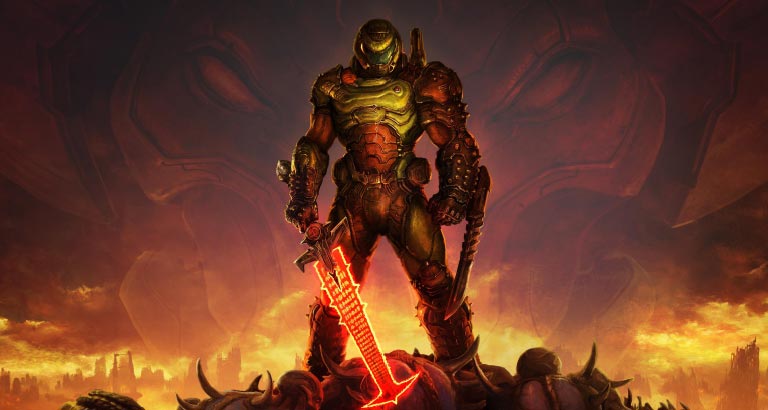 DOOM ETERNAL
Experience the ultimate combination of speed and power with the next leap in push-forward, first-person combat. As the Doom Slayer, return to take your vengeance against the forces of Hell. Doom Eternal is set to a new pulse-pounding soundtrack composed by Mick Gordon. Fight across dimensions as you slay new and classic demons with powerful new weapons and abilities! 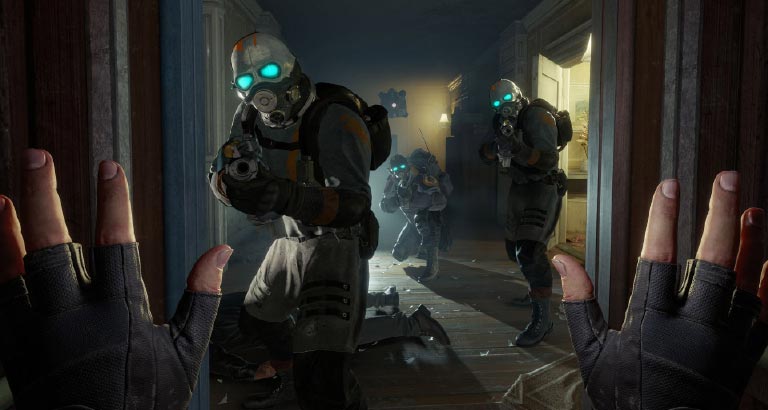 HALF-LIFE: ALYX
Half-Life: Alyx is Valve’s VR return to the Half-Life series. It’s the story of an impossible fight against a vicious alien race known as the Combine, set between the events of Half-Life and Half-Life 2. Playing as Alyx Vance, you are humanity’s only chance for survival. The Combine’s control of the planet since the Black Mesa incident has only strengthened as they corral the remaining population in cities. Immerse yourself in deep environmental interactions, puzzle solving, world exploration and visceral combat. 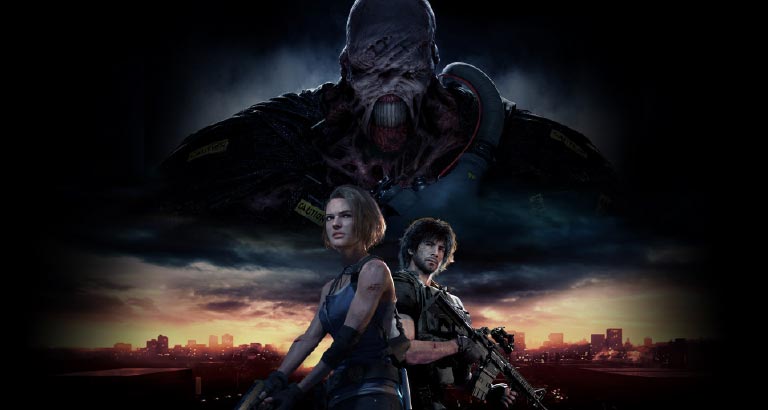 RESIDENT EVIL 3
A terrifying new version of the classic third game in the blockbuster survival horror series, Resident Evil 3 tells the story of S.T.A.R.S. member Jill Valentine, as she escapes from a crumbling Raccoon City, and the relentless Nemesis. Capcom’s proprietary RE Engine combines photorealistic visuals and a modernised control scheme with the series’ intense combat and puzzle solving to deliver the heart-pounding final chapter of Raccoon City’s collapse.