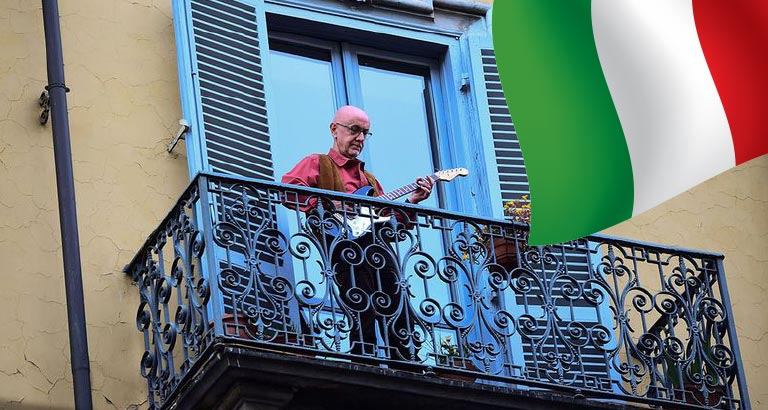 While Italy has been one of the European countries hardest hit by the coronavirus, people around the world have fallen in love with the very spirit of the place. It was here that we first saw people making music on their balconies during lockdown. And who can forget the amazing solo performance, Music for Hope, from Andrea Bocelli at the Duomo Di Milano. We may not be able to visit yet, but here are the places we recommend for your next trip.

ROME
Known as the Eternal City, Rome certainly has more than its fair share of history, culture and tourists. From Vatican City to the Spanish Steps, via the Colosseum and the Arch of Constantine, you will be spoilt for choice. A definite ‘must-see’ is the Roman Forum, the 2,000-year-old remains of the old city, surrounded by the new. Its arches, columns and temples tell the story of life during Rome’s ancient heyday. And make sure to visit the Palatine Hill for another taste of life among the city’s historical elite. 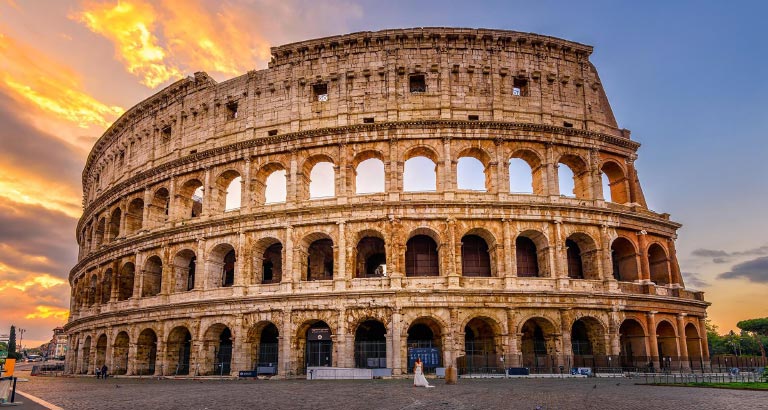 Tip: Take a trip to La Rinascente. Yes, it’s a department store but, in the basement you’ll find the ancient Roman Aqua Virgo Aqueduct which is still in use today providing water for the nearby Trevi Fountain.

AMALFI
The Amalfi Coast, on the northern Gulf of Salerno, is another UNESCO World Heritage Site renowned for its rugged beauty. Known for the lemons, which grow in terraces along the coast; a special kind of local anchovies and colourful handmade ceramics, it is hugely popular with tourists, many of them seeking to drive the hairpin bends on the mountainous roads. Instead, why not take a boat trip to the beautiful isle of Capri or a farm tour where you can learn to make pizza and taste the local speciality, limoncello? 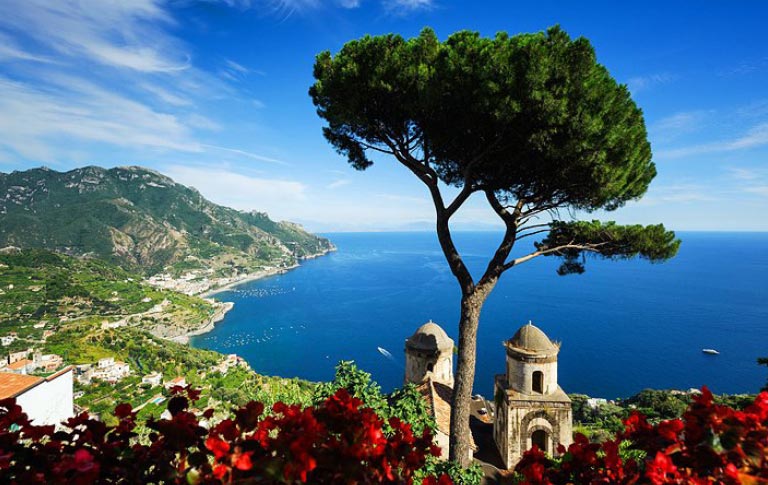 Tip: Forsake those hairpin bends for a bird’s eye view from one of the clifftop villages, such as Conca dei Marini where you can stay in a hotel that was once a 17th century convent.

CINQUE TERRE
Meaning five lands or five towns, this area of Liguria: the coastline, the five villages – Monterosso al Mare, Vernazza, Corniglia, Manarola and Riomaggiore – and the surrounding hillsides, are all part of the Cinque Terre National Park a UNESCO World Heritage Site. 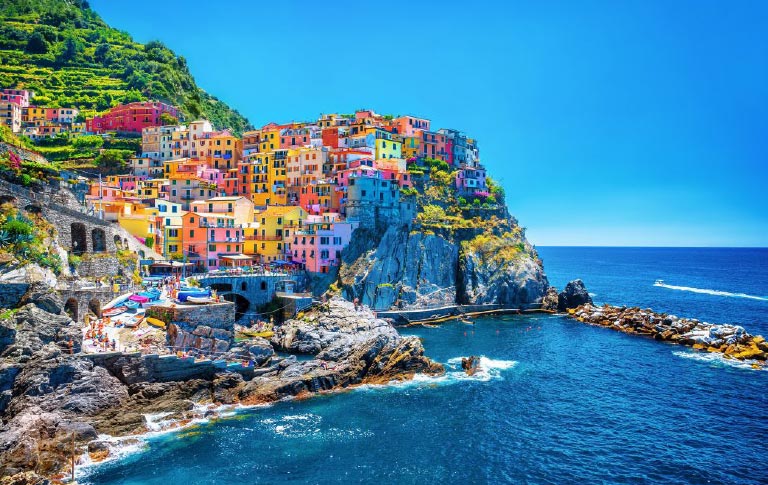 Not only beautiful to look at, the region in known for its seafood cuisine, local grapes and breads. Locals have built terraces into the surrounding cliffs and the area is famous for its outdoor cafés, beaches and hiking trails.
Tip: Check out Levanto, not officially one of the five towns but just as gorgeous and quieter.

TUSCANY
Think rolling fields of sunflowers and landscapes so breathtakingly beautiful they almost look unreal. Yep, you’re thinking Tuscany. Its capital, Florence, is a spot that must surely make every Itialian traveller’s hit list with some of the world’s most recognisable Renaissance art and architecture, including Michelangelo’s David statue and Botticelli’s works in the Uffizi Gallery. The Apennine Mountains in the distance vie for attention with the nearby island of Elba’s beaches on the Tyrrhenian Sea. 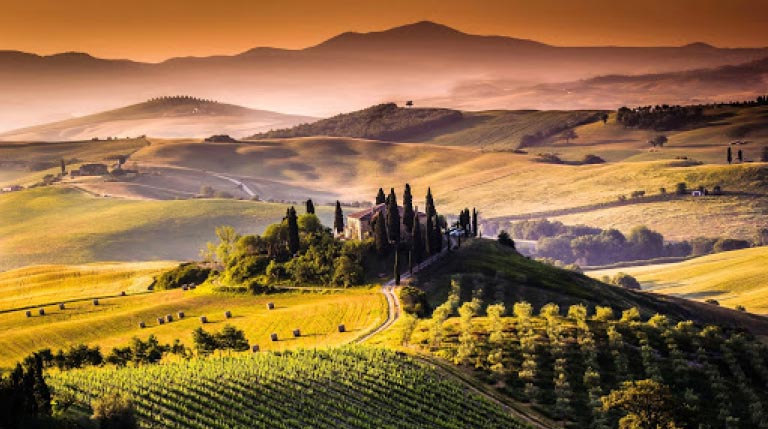 Tip: Go off the beaten track to visit the city of Lucca, whose well-preserved Renaissance walls still encircle the old town.

SARDINIA
Though actually an island, Sardinia is firmly Italian in character and makes for a beautiful tropical island getaway. Its untouched landscape features mountains, woods, plains, largely uninhabited territories, streams, rocky coasts and long sandy beaches; a variety so great it has been defined as a micro-continent. It’s also part of an archipelago, offering other islands to explore. While you’re there make sure to visit some the impressive caves dotted along the 2,000km of coastline – which is also great for boat trips. 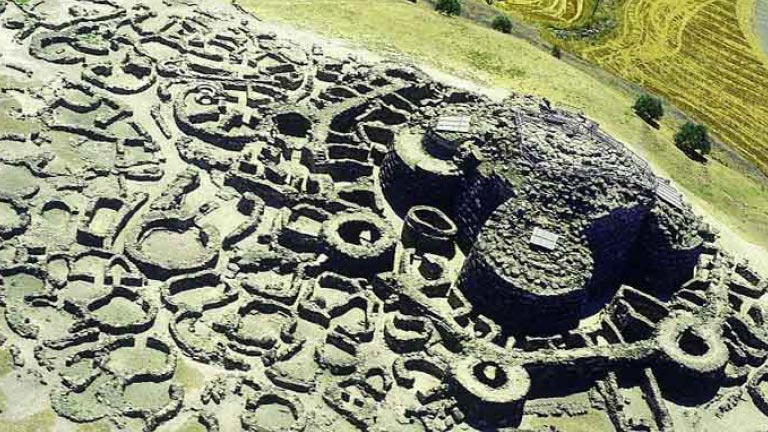 Tip: Don’t miss the Giants’ Tomb archaeological site, an ancient burial chamber dating back to 2000BC.