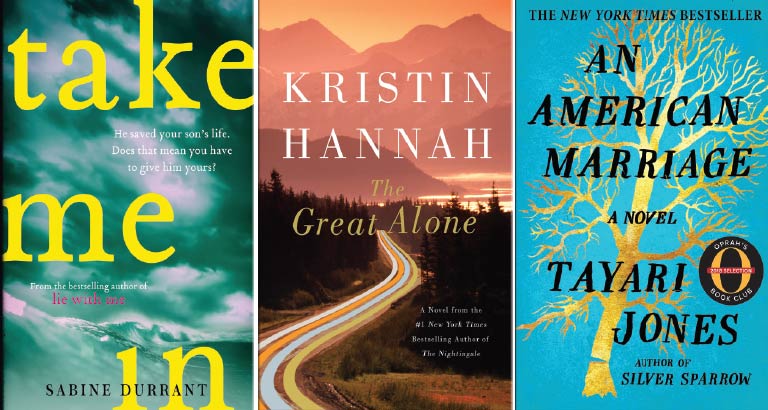 Holidays are all about relaxation. And what better way to chill than with a good book. Suzanne Nicholas has some novel suggestions for when you’re lounging by the pool catching some sun. Here’s to being both well red and well-read!

Take Me In
Sabine Durrant

A new thriller that will keep you on the edge of your seat. When a stranger saves the life of their young boy on holiday, a couple are willing to do anything to repay him – until their vacation is over and he still appears everywhere. What does he want and how long are they to be indebted to him?

Ernt Allbright, a former POW, comes home from the Vietnam War a changed man. Following the loss of yet another job, he makes the impulsive decision to move his family to Alaska. This book will keep you up all night with a tale about love and loss, and the battle between man and nature.

Celestial and Roy have been married a year when Roy is found guilty of a crime he did not commit. Can their marriage stand the test of the accusations, loneliness and ugliness that comes with a criminal conviction? Or will it be torn apart by circumstances neither could have predicted? 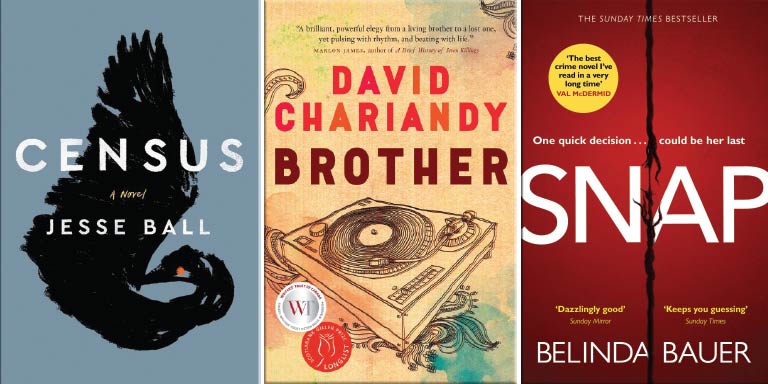 A story of parental love, free will and grief. A widower receives news from his doctor that he doesn’t have long to live and agonises over who will care for his adult son – a boy with Down syndrome. With lost hope, he decides to sign up as a census taker and see the country one last time with his son.

A novel that alternates between present-day and the early 1980s telling the story of two brothers growing up in a poor immigrant neighbourhood in Canada. A moving tale that explores culture shocks, race, family and identity, this is one book you have to cross off the reading list.

Eleven-year-old Jack and his two sisters sit in their car in the stifling summer heat, awaiting the return of their mother who never comes back. Will they ever know what happened to her, or rather, do they want to know? A crime novel written by a crime writing genius guaranteed to give you major chills.

If you knew the date of your death, how would you live your life? The Gold children sneak out to hear their fortunes from a travelling psychic who claims she can tell anyone the day they will die. A story that walks the line between fantasy and reality, The Immortalists follows the stories of the four siblings.

So Much Life Left Over
Louis de Bernières

The author of Captain Corelli’s Mandolin brings you an emotional novel revolving around characters in the unsettled time between the world wars who intertwine to answer the question: “If you have been embroiled in a war in which you confidently expected to die, what are you supposed to do with so much life unexpectedly left over?”

Mikey Callahan reconnects with ‘The Gunners’, a group of childhood friends, after the suicide of one of their members. Sally had once left them with no explanation and the group mourn her loss a second time while figuring out secrets she had harboured about the group and its members.

An 18-year-old man awaits his execution in a Louisiana jail cell for a crime many believe he did not commit. Moving between narrators, Winthrop explores race and justice and opens a critical eye to the death penalty in a tale taut with tension.

Every year on Hannah’s birthday, her father puts on a theatrical performance for his little girl who suffers from a heart condition that will end her life early. As the time comes, Hannah and her father both have something special planned for each other – something neither will ever forget.

Based on a true story, Slimani tells the tale of the ‘perfect’ nanny to the two young children of a working couple. As the couple and the nanny become more and more interdependent, tensions rise. The novel serves as a crucial warning of the cruelty caregivers can inflict.

The third book of the Me Before You trilogy, Still Me features Louisa Clark, an eccentric heroine, who moves to New York to make the most of her new experience. Torn between the Louisa that her new job demands and the Louisa she truly is, this is a story of self-discovery and living boldly.

Madly in love with her boyfriend and yet feeling that something is lacking, Greer Kadetsky meets a woman who will change her life and lead her down a path toward the future she envisioned for herself. Far from being an empowering feminist novel, it asks us to reflect on contemporary feminism. 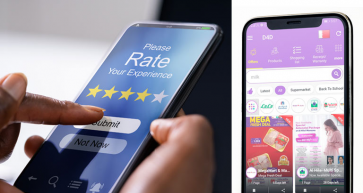