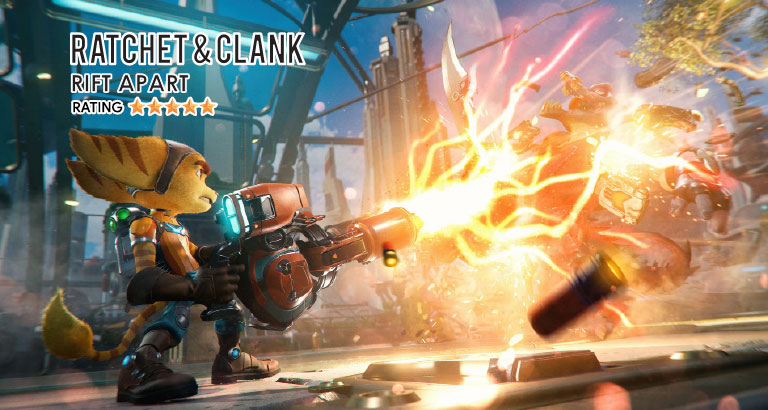 What is it?
Ratchet & Clank: Rift Apart, developed by Insomniac, follows the titular characters as they traverse across different worlds in multiple realities to stop their archenemy, Doctor Nefarious, from exploiting a sudden catastrophic dimensional collapse to finally achieve his dream of completely exterminating organic life in the universe. Ratchet becomes separated from Clank after arriving in an alternate dimension ruled by Nefarious’ more capable counterpart, Emperor Nefarious. They also encounter a female Lombax named Rivet, who leads a resistance group fighting against Emperor Nefarious. Together, Ratchet, Clank and Rivet have to work together to thwart Nefarious and the Emperor’s plans of conquering other realities.

Gameplay
It retains elements of previous Ratchet & Clank games, such as strafing, gunplay, collection of bolts, automatic weapon and health upgrades, manual Raritanium weapon upgrading and gadgets. The game introduces to the series the concept of real-time near instantaneous travel between different areas, planets and other worlds within gameplay scenes via a system of inter-dimensional portals.

Graphics
Insomniac has used its cartoony colour palette to create a dazzling array of interstellar locations, like the densely packed metropolis of Nefarious City or the lush greenery of Sargasso that benefit from impressive use of ray tracing reflections. Every world has its own visual identity that’s a treat to discover, offering different tones, geography and ensembles of memorable characters. 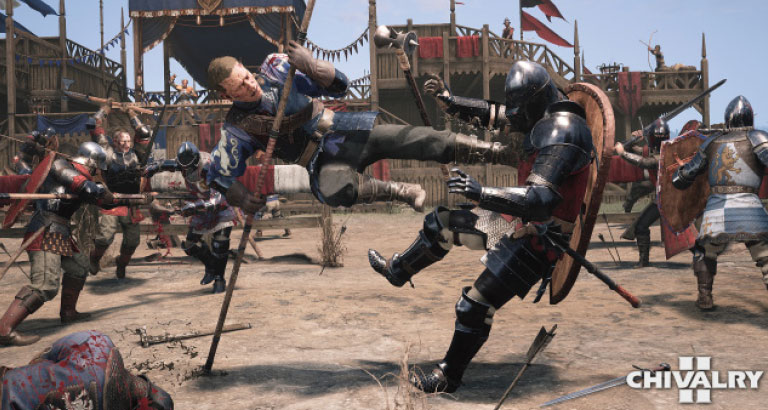 Chivalry II
Chivalry II is a multiplayer first person slasher inspired by epic medieval movie battles. Players are thrust into the action of every iconic moment of the era – from the thunder of cavalry charges, to storms of flaming arrows, sprawling castle sieges and more. Catapults tear the earth apart as players lay siege to castles, set fire to villages and slaughter filthy peasants in the return of grand Team Objective maps. Ride to war on horseback and claim glory by your blade. 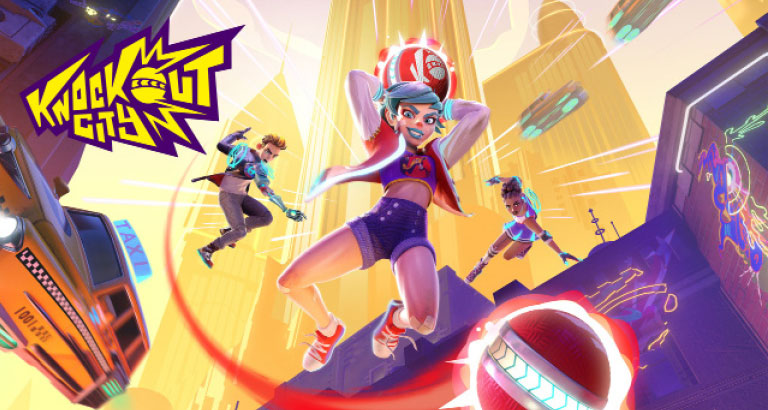 Knockout City
Team up and duke it out with rival Crews in Knockout City, where you settle the score with epic dodge ball battles. Brace yourself for outrageous fun and intense competition in this new take on team-based multiplayer games. Customise your character and form a Crew with friends to start your Knockout City takeover. Knock out opponents with trick shots and coordinated teamwork while dodging and catching balls flying across the map. 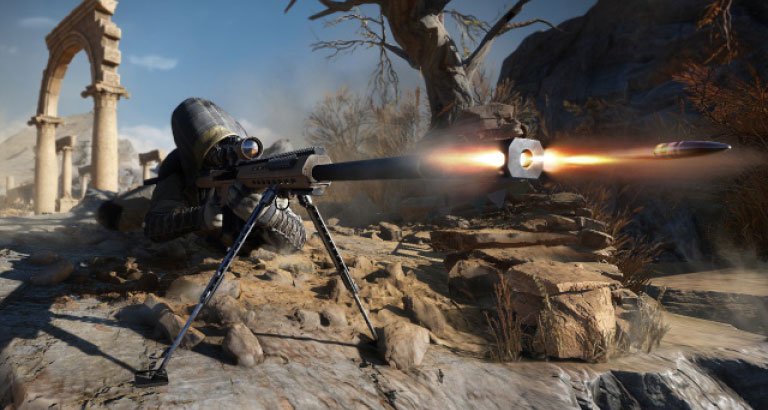 Sniper Ghost Warrior Contracts 2
Sniper Ghost Warrior Contracts 2 marks the most challenging entry to the acclaimed series yet, introducing extreme long-range sniping with targets over 1,000m away. Featuring a dramatic single-player campaign set in the modern day Middle East, experience high-pressure tactical combat, deep inside enemy territory. Take on the role of Raven, Contract Sniper Assassin, as he embarks on a new series of contracts in a lawless region of the Middle East, located along the Lebanese and Syrian borders. Tasked with a seemingly impossible task, your mission is to topple an insidious criminal syndicate and bring them to justice.