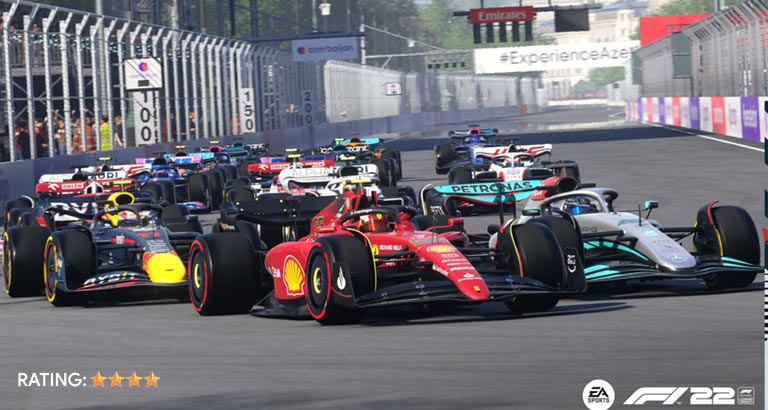 What is it?
F1 22 is a racing video game developed by Codemasters and published by EA Sports. The game holds an official license of the 2022 Formula One and Formula 2 championships, including all teams, cars and drivers.

Gameplay
F1 22 features new car models with updated physics. The game also features an updated track list, adding the new Miami International Autodrome. Sprint races, a new addition to the sport, are also included as is adaptive AI, which adjusts the pace of AI cars according to the performance of players to ensure players are competitive from race-to-race. Other new features include immersive broadcast options, designed after televised Formula One broadcasts, as well as interactive pit stops. The game also introduces a customisable hub mode called F1 Life to allow players to collect supercars, clothing and accessories.

Graphics
As always, the circuits are inch-perfect replicas but under the surface, the same old problems apply. The crowd look like terrible cardboard cut-outs and the drivers out of the car are poorly animated. Luckily, on the track, the game is smooth as butter and pixel-perfect when it matters. Small touches, like neat new post-race clips of the battle-worn cars and updated camera angles on the old podium celebrations, slightly rejuvenate parts of the series. 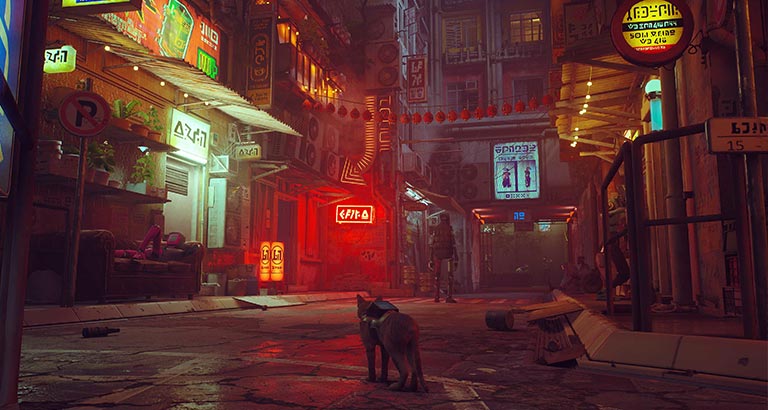 Stray
Lost, alone and separated from family, a stray cat must untangle an ancient mystery to escape a long-forgotten city. Stray is a third-person cat adventure game set amidst the detailed, neon-lit alleys of a decaying cybercity and the murky environments of its seedy underbelly. 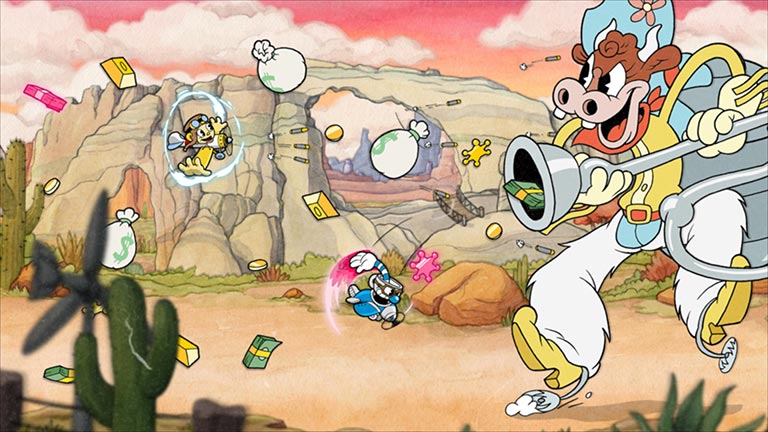 Cuphead - The Delicious Last Course
Brothers Cuphead and Mugman are joined by the clever, adventurous Ms. Chalice for a rollicking adventure on previously undiscovered Inkwell Isle! With the aid of new weapons, magical charms and Ms. Chalice’s unique abilities, players will take on a new cast of fearsome, larger than life bosses to assist the jolly Chef Saltbaker in Cuphead’s final challenging quest!

Capcom Fighting Collection
Capcom Fighting Collection features legends from Capcom’s competitive arcade gaming history, faithfully reproduced to play just like they did back in the arcades!
The Collection includes additional settings to improve your at-home experience, and also supports online multiplayer, so you can battle friends and worldwide opponents alike from the comfort of your own room.