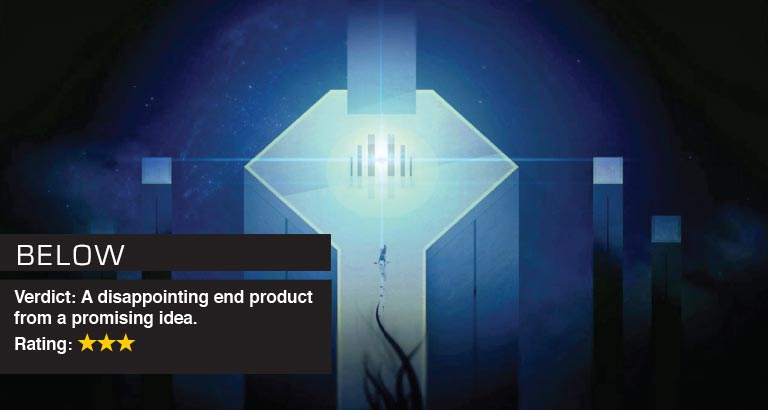 What is it?
In the mysterious game Below, gamers test their adventurer mettle against The Isle’s procedural subterranean labyrinths. Explore a large, interconnected underworld crawling with cunning creatures, deadly traps and a mysterious shadowy presence. Survive the perils of The Depths and unearth what lies below... or die trying. Below embraces exploration and discovery – illuminate the path ahead, find hidden passages and unravel the deepest mysteries hidden in the darkness.

Gameplay
From the enemies to the environment art to the sound design, everything falls into place perfectly to create a spooky atmosphere of unveiling the unknown, never quite knowing what might lie down the next flight of stairs. Then you step on a cheap insta-kill spike trap, have to start over without any of your stuff, and likely need to spend the next 30 minutes farming lantern fuel and bat meat so you can take another crack at it. That’s Below in a nutshell … some fantastic ideas and direction, only to kill the mood as quickly as it’s established with endless frustration.

Graphics
From the relatively serene, dewy caves where the journey starts all the way down to the hellish pits far underground that you really need to see for yourself, each set of levels has a strong identity. Particularly enjoyable is the Necropolis section right around the middle, which is full of hungry ghouls and unsettling bone monoliths. 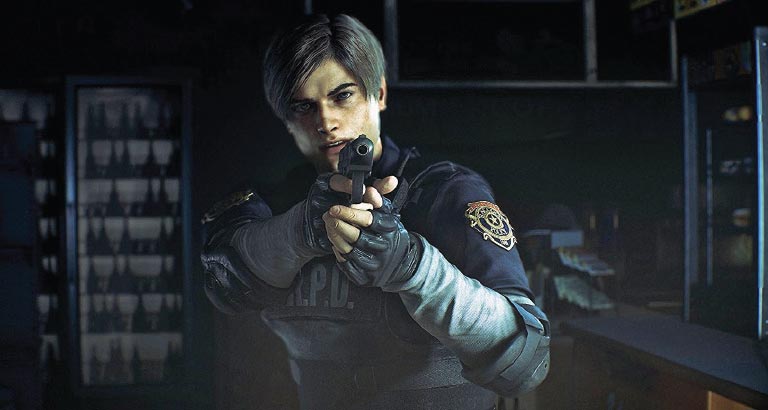 Resident Evil 2 Remake
Twenty years after the original release of Resident Evil 2, it’s time to return to Raccoon City. Both Leon and Claire are playable through separate storylines, each bringing with them a unique perspective on the game’s events as their paths intertwine to tell the complete tale. While many of the locations may look similar in design to the original, this museum turned police station is full of surprises for both seasoned veterans and newcomers alike. Various puzzles to solve and completely new areas to explore await those who dare to set foot inside the expansive building. 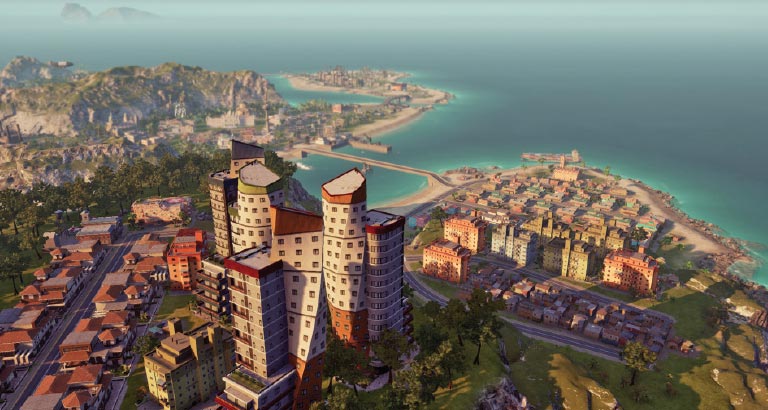 Tropico 6
El Presidente is back! In times of political turmoil and social unrest, the people are calling for visionary leaders, who will steer their country with foresight and ingenuity. Prove yourself once again as a feared dictator or peace-loving statesman on the island state of Tropico and shape the fate of your nation through four distinctive eras. Face new challenges on the international stage keeping the needs of your people in mind. For the first time, manage extensive archipelagos, build bridges to connect islands and use new means of transportation and infrastructure. 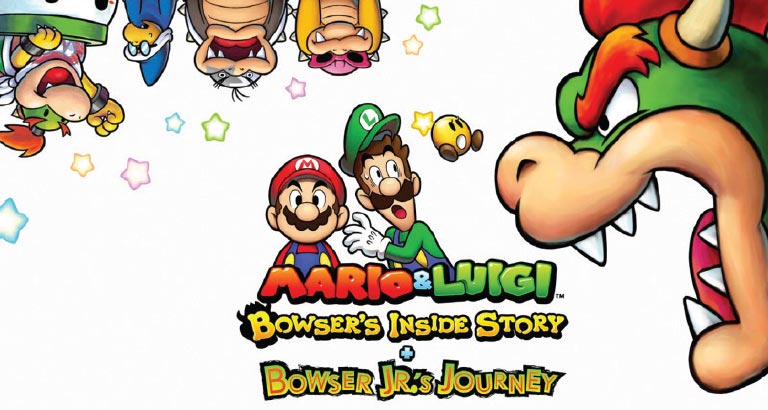 Mario & Luigi: Bowser’s Inside Story + Bowser Jr’s Journey
Fawful tricks Bowser into eating a magic mushroom. This causes Bowser to begin inhaling everything around him, including Mario, Luigi and Princess Peach! Do the Mario Bros have the guts to rescue Peach and escape? In this Nintendo 3DS remake of a classic Mario & Luigi action RPG adventure, fans can replay (or play for the first time) Mario & Luigi: Bowser’s Inside Story with new graphics and a new mode that tells the behind-the-scenes story of Bowser Jr.