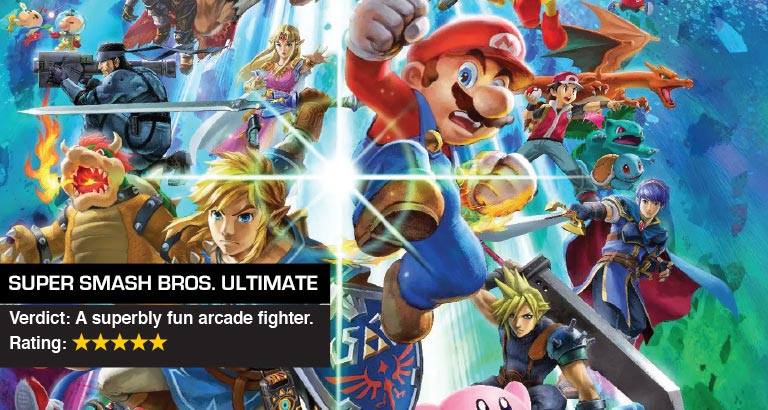 What is it?
Legendary game worlds and fighters collide in the ultimate showdown — a new entry in the Super Smash Bros. series for the Nintendo Switch. New fighters, like Inkling from the Splatoon series and Ridley from the Metroid series, make their series debut, alongside every Super Smash Bros. fighter in the series ... EVER! Faster combat, new items, new attacks, new defensive options, and more will keep the battle raging whether you’re at home or on the go.

Gameplay
With 74 fighters, 108 stages, nearly 1,300 Spirit characters to collect, and a single-player Adventure mode that takes 24 hours of playtime to beat, Super Smash Bros. Ultimate offers far more in a single package than any of its four predecessors. This latest edition does exactly what it does best: successfully pleases two crowds that are usually at odds; those who are seeking the pure, chaotic joy of an eight-player button-mashing brawl and those who prefer tense matches of hard-fought, high-level skill.

It’s also remarkably easy to jump in, choose your favourite character and just start fighting, since it doesn’t take much more than the control stick and two buttons to have access to most of a fighter’s moveset.

Graphics
In one-on-one fights or when only two fighters remain, there’s a seriously epic freeze-frame zoom effect when you land a hit that will almost certainly result in a KO. That alone makes big smash attacks even more satisfying, and makes it even clearer when an opponent actually has a chance to recover from a hard hit or not. This is a truly fantastic-looking game – a noticeable step up from the last one – and it doesn’t feel trimmed down at all when played mobile. 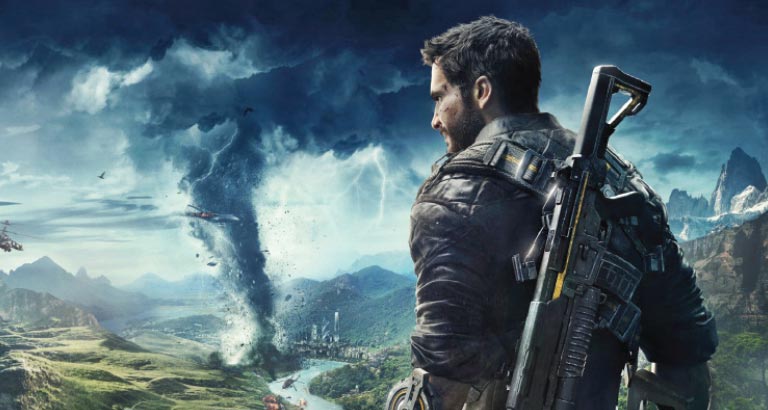 Just Cause 4
Set in the fictional South American world of Solis, Just Cause 4 takes the series of incredible destruction and unique physics to a whole new level with the introduction of tornadoes and other extreme weather events. Rico Rodriguez returns with his trademark parachute, wingsuit and, of course, his grapple hook, now enhanced with new functionality and fully customisable. Solis has four distinct biomes: Rainforest, Grasslands, Alpine and Desert. With each biome offering its own individual, fully simulated weather event, players will have a unique experience as they traverse this deep, diverse world. 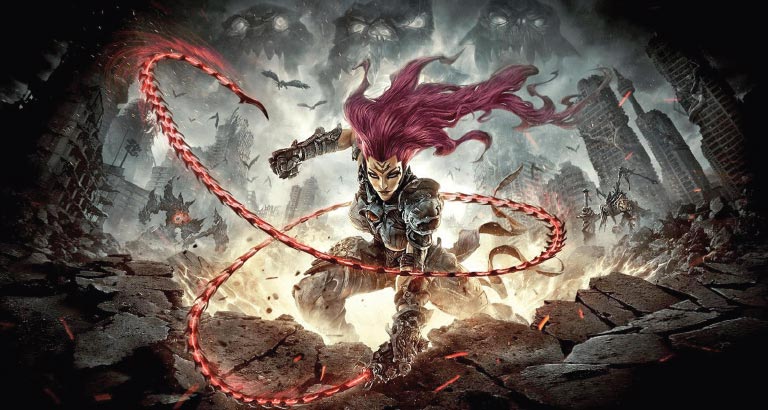 Darksiders III
Return to an apocalyptic planet Earth in Darksiders III, a hack-n-slash action adventure where players take on the role of Fury in her quest to hunt down and dispose of the Seven Deadly Sins. The Charred Council calls upon Fury to battle from the heights of heaven down through the depths of hell in a quest to restore humanity and prove that she is the most powerful of the Horsemen. As a mage, Fury relies on her whip and magic to restore the balance between good and evil. 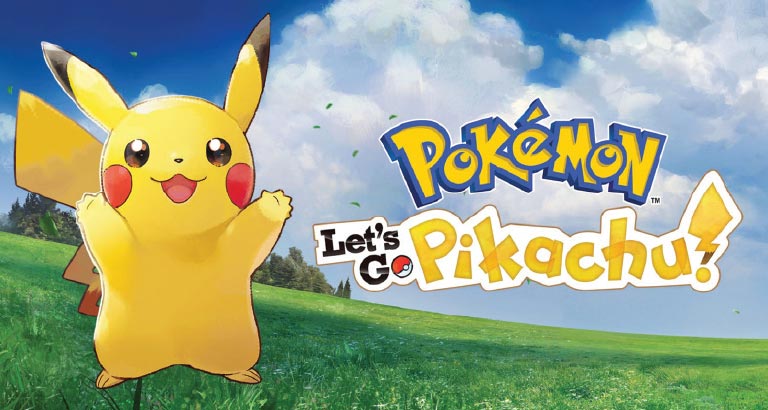 Pokémon: Let’s Go, Pikachu!
Return to the Kanto region and experience a classic Pokémon journey in a whole new way. Pokémon: Let’s Go, Pikachu! brings the experience of a classic Pokémon RPG to Nintendo Switch with gameplay that is easily approachable for newcomers to the series, but is also deep enough to keep veteran Trainers on their toes. The game also has two-player simultaneous play, so you can take the journey with a friend.