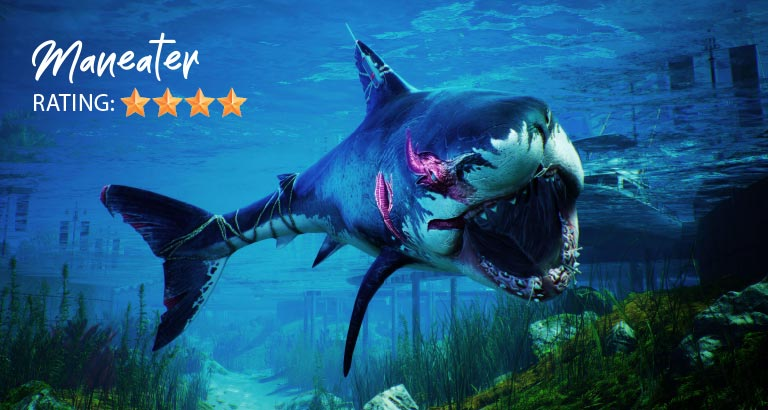 What is it?
This is a third-person action role-playing game in which the player assumes control of a baby bull shark who must take revenge on a shark hunter named Scaly Pete, who killed its mother and disfigured it. The shark has several basic attacks, including charging into enemies, launching out of the water and whipping enemies with its tail to stun them. It can also use its surroundings for combat advantages, such as using a swordfish as a spear.

Gameplay
Sadly, the game’s fun is also its main limitation as ultimately, it’s just as single-minded as its predator protagonist. The vast, vast majority of what you’ll do in Maneater is “go here, kill X of this animal or people”. Objectives, by way of combat, that’re as deep as a puddle, broken up by some amusing exploration and gathering of collectibles. There simply isn’t enough gameplay variety to justify the massive amount of chomping you have to do to reach Megalodon status.

Graphics
You start out your shark life roaming the fresh waters of a Louisiana bayou as a youngster and the map almost immediately starts to reveal its surprising diversity. Across eight zones, we see everything from the open sea to shallow and narrow waterways, and they’re all loaded with unexpectedly interesting stuff and interconnected with sewer pipe mazes and underwater caves. These waters are teeming with wildlife, most of which is beautifully rendered and animated. Even out of the water there’s a ton to see, so it’s always worth cruising around on the surface for a while in each area.

BioShock: The Collection
For the first time on Nintendo Switch, experience the unforgettable worlds and monumental stories of the award-winning BioShock series. Journey to the cities of Rapture and Columbia across BioShock Remastered, BioShock 2 Remastered and BioShock Infinite: The Complete Edition, including all single-player add-on content. Fight for your life and outsmart your enemies, be it deep beneath the waves or high above the clouds. 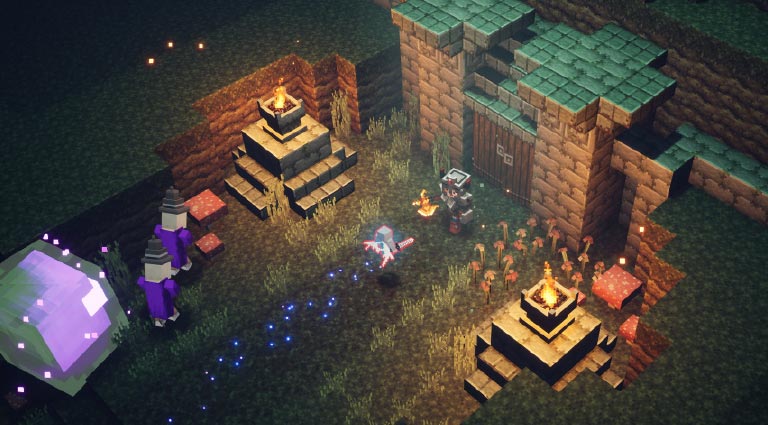 Minecraft Dungeons
Minecraft Dungeons is an action-adventure game, inspired by classic dungeon crawlers and set in the Minecraft universe. You will constantly discover new weapons and items that will help you defeat a ruthless swarm of new and nasty mobs. You’ll fight or flee through canyons, swamps and – of course – mines! You can brave the dungeons alone, or team up with up to four friends. 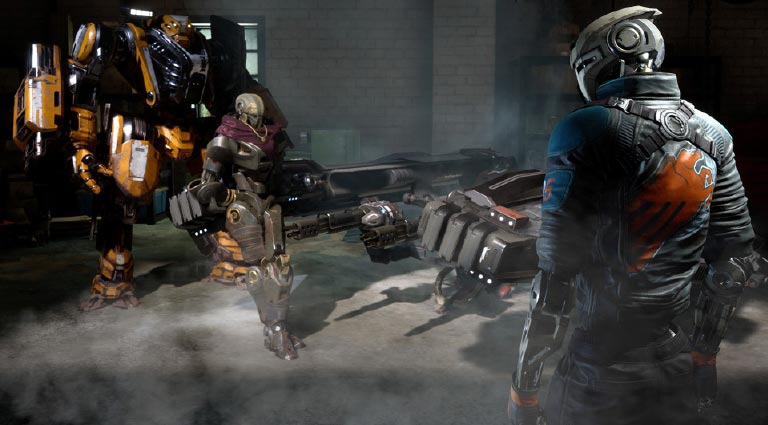 Disintegration
Disintegration is a first-person shooter that incorporates elements of real-time strategy games. Directed by the co-creator of Halo, Marcus Lehto, the game features similarly intriguing sci-fi elements, where you play as a group of humans-turned-robotic outlaws striving to reclaim control over society from a militant superpower bent on converting humanity into robots.