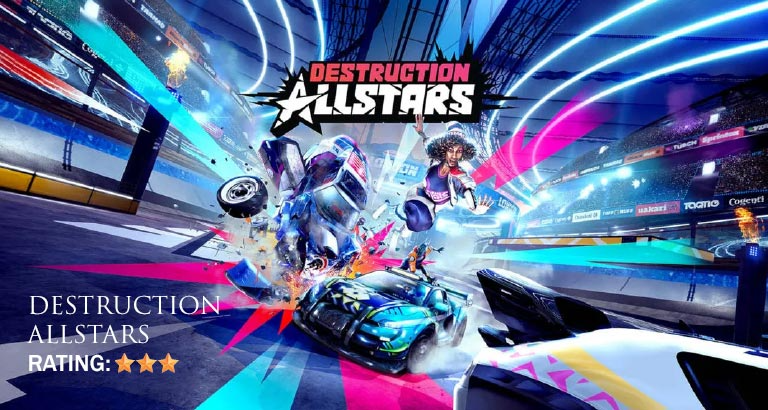 What is it?
Destruction AllStars is a vehicular combat game developed by Lucid Games for the PlayStation 5, dubbed by the creators as a “global sports entertainment event where stars and cars collide.” The player assumes control of one of 16 AllStars, each of whom has access to unique hero vehicles. The goal is to seek ways to destroy the vehicles of the opponents and be the last AllStar standing.

Gameplay
The game ultimately has fun bursts of frantic action, but never adds up to much more than that. The crux is a simple one: drive fast and hit hard. This is often extremely satisfying to do as well, because it makes it easy to push down on the accelerator, line up your target, and then flick the right stick forward to slam into an opposing vehicle. The harder you hit the other car, the more points you’ll get: one point for a light hit, two for a medium one, etc. This scoring system works well as the basis for most of the four modes, keeping things for the most part nice and simple. The handling is slick and responsive in a very arcade style.

Graphics
There is often a lot happening on screen, not least the collisions constantly taking place around the gorgeous looking arenas. However, the characters are very generic. There aren’t really distinctive personalities, just a lot of arguably stereotypical representations: imagine if someone clicked 16 times on a random Overwatch character creator and repainted them using a Fortnite art style and you wouldn’t be far off. 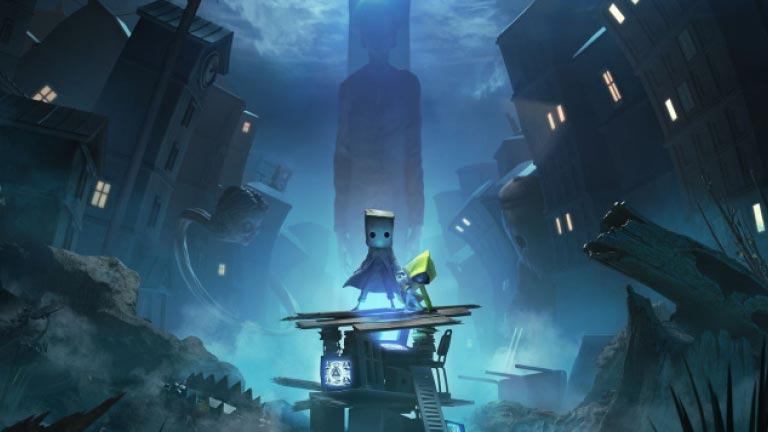 Little Nightmares II - is a suspense-adventure game in which you play as Mono, a young boy trapped in a world that has been distorted by the humming transmission of a distant tower. With Six, the girl in a yellow raincoat, as his guide, Mono sets out to discover the dark secrets of The Signal Tower and save Six from her terrible fate. But their journey will not be straightforward as Mono and Six will face a gallery of new threats from the terrible residents of this world. 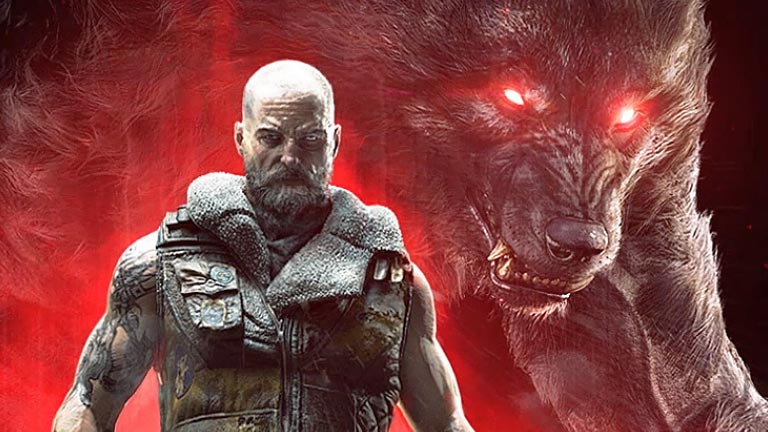 Werewolf: The Apocalypse - Earthblood is an action RPG set in the World of Darkness franchise. In the game, players take control of Cahal, a shape shifting, supernatural being who has three different forms: wolf, human and werewolf. Each of Cahal’s forms grants him unique abilities that players will be able to use both in combat and while traversing the game world. 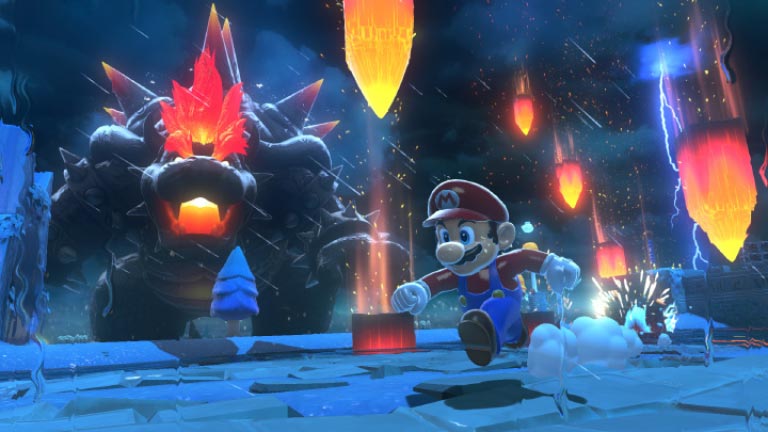 Super Mario 3D World + Bowser’s Fury - Multiplayer mayhem pounces onto Nintendo Switch! This enhanced version of Super Mario 3D World features co-op gameplay both online and through local multiplayer in a variety of creative levels. A new campaign, Bowser’s Fury, has been added to the game, which follows Mario as he winds up in a place called Lake Lapcat and teams up with Bowser Jr. in order to stop Bowser, who has been transformed by an inky substance into the morphed Fury Bowser.