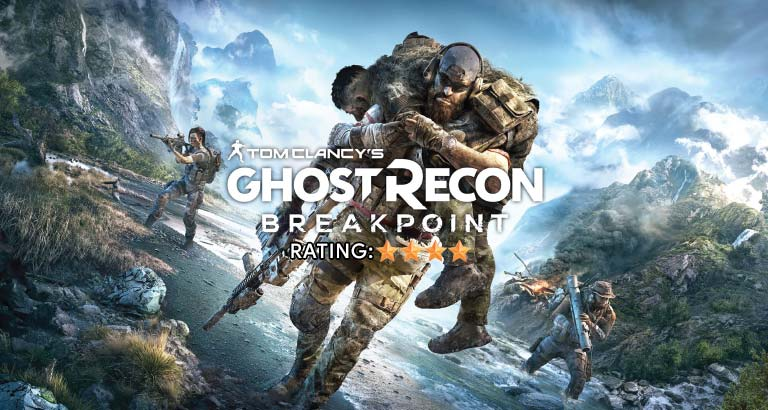 What is it?
Tom Clancy’s Ghost Recon Breakpoint puts players back in the boots of the Ghosts, an Elite US Special Operations Unit. This time, they are stranded behind enemy lines, facing their toughest enemy to date. The Wolves, a lethal ex–US Military unit of former Ghosts gone rogue, have taken over the island of Auroa, where the most technically advanced facilities meet wild and untamed nature. Nomad and the Ghosts are sent in on a recon mission, but their helicopters are shot down. Injured, without support and hunted down, you must fight to survive, take down the Wolves and regain control of Auroa.

Gameplay
This military shooter is set in a diverse and hostile open world entirely playable solo or in four-player co-op. To overcome adversity, accomplish missions with plenty of tactical options and tools, including a set of new military features. Players will be able to carry enemies’ and teammates’ bodies, blend into their environment with prone camouflage and set up camp with teammates in a bivouac to manage equipment, change classes and fine-tune strategies. Players can choose among thousands of customisation combinations to create the perfect Ghost and keep their character and progression through the game in both the main campaign and Player-versus-Player combat.

Graphics
What Breakpoint does really well is scope and scale, and it does it in a number of areas. Geographically, the size of the Auroa map is massive and runs the biome gamut by finding a way to fit swamplands, temperate forests, tropical jungles, lush green valley meadows, seismically jolted cliff faces, and snow-capped mountain ranges into the archipelago. The lighting technology is fantastic, and the really intriguing near-future architecture excellently juxtaposes against the earthy wilds and rural homesteads of the native population. 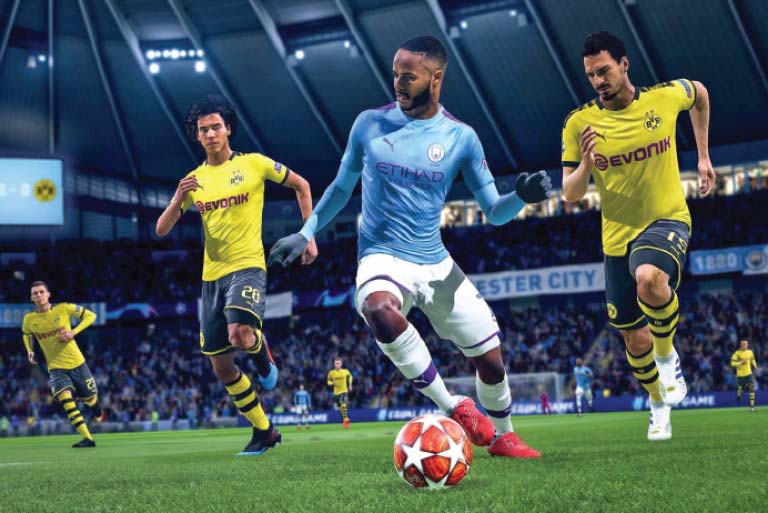 FIFA 20
Powered by Frostbite, EA Sports FIFA 20 brings two sides of football to life – the prestige of the professional stage and a new authentic street football experience in EA Sports Volta. FIFA 20 innovates across the game, Football Intelligence unlocks an unprecedented platform for gameplay realism, FIFA Ultimate Team offers more ways to build your dream squad, and Volta brings the amateur, more skilful side of the game to the fore. 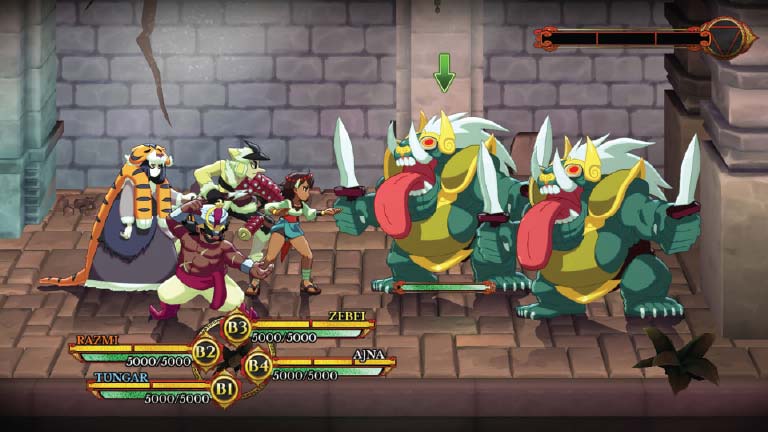 Indivisible
Indivisible is a side-scrolling action/adventure game from the makers of SkullGirls. Ajna is a girl who sets out on a globe-spanning journey to discover the truth behind her mysterious powers. On her quest she’ll be joined by a variety of unique heroes and gain new abilities to traverse the environments and defeat the enemies they’ll encounter along the way. 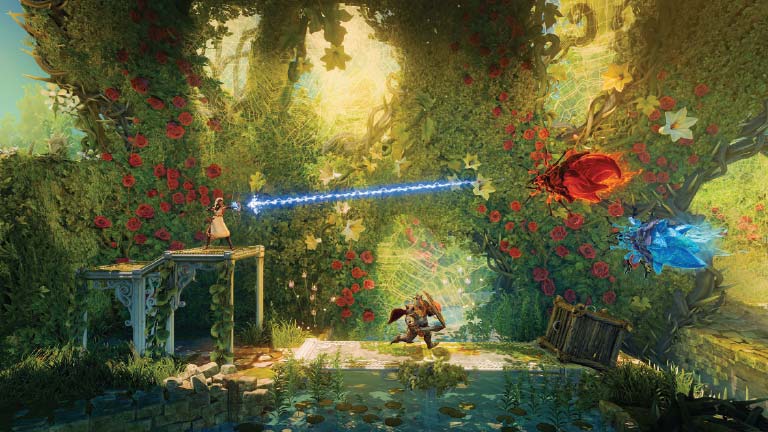