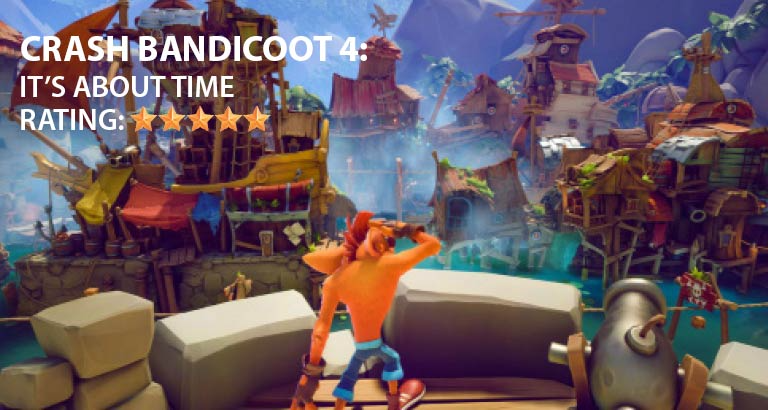 What is it?
Crash Bandicoot 4: It’s About Time is a platform game developed by Toys for Bob and published by Activision. The game is the eighth main instalment in the Crash Bandicoot series, a sequel to the Crash Bandicoot N. Sane Trilogy, and the fourth game chronologically, taking place after the events of Crash Bandicoot: Warped. The game’s story follows Crash Bandicoot and his sister Coco, aided by their former enemy Dingodile and an alternate-dimension counterpart of Tawna, a former love-interest character for Crash, as they recover the all-powerful Quantum Masks in a bid to prevent Doctor Neo Cortex and Doctor Nefarious Tropy from enslaving the multiverse.

Gameplay
The game adds new elements to the traditional jumping, spinning and crate-smashing gameplay of the series, including the use of powers provided by the Quantum Masks, which can alter levels and provide means to traverse or overcome obstacles. It also includes additional game modes for replaying levels, and the ability to control five characters in the game, three of whom – Tawna, Dingodile and Cortex – have their own unique gameplay.

Graphics
Part of what makes Crash 4’s levels both readable and fascinating to explore is the sheer level of detail Toys for Bob was able to cram into them compared to the original trilogy. These beautiful and memorable worlds, from the frozen tundra of the 1700s to a New Orleans-esque musical city and the prehistoric era, showcase the developer’s penchant for adorable, animated design. 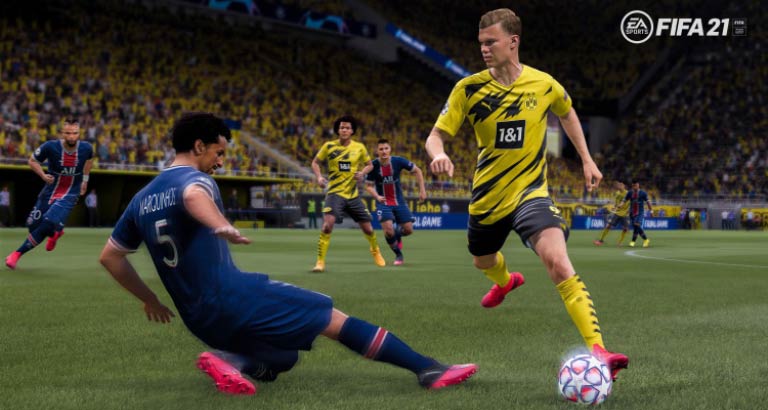 FIFA 21
FIFA 21, the world’s most popular annual football offering, makes its swan song for the current generation of consoles. Ultimate Team is still front and centre as the main draw for many players, but this year’s game is also the most robust version of FIFA in series history. Volta Football has been expanded after debuting last year, Career Mode has finally received some much-needed new additions such as a revamped interactive match simulation mode, a new and improved training system which allows for weekly training schedules, new stats, an improved youth academy system and more transfer options. 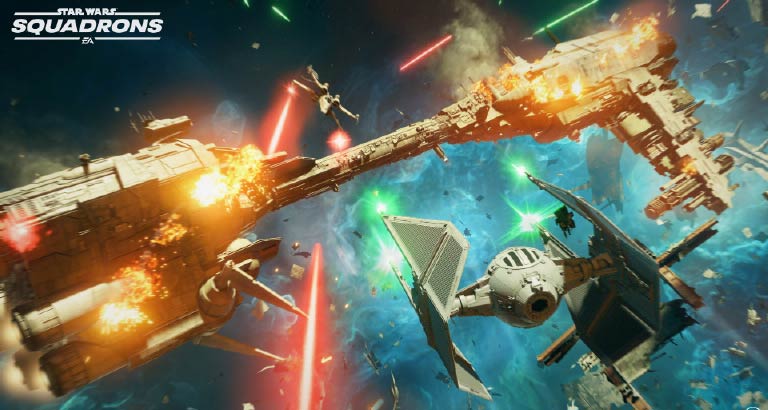 Star Wars: Squadrons
Star Wars: Squadrons is a space combat game set in the Star Wars universe. The game features both multiplayer game modes and a single-player campaign. Set after Return of the Jedi, the campaign alternates between the New Republic’s Vanguard Squadron and the Galactic Empire’s Titan Squadron, both of which become involved with the Republic’s Project Starhawk; Vanguard Squadron wants to ensure its completion, while Titan Squadron attempts to destroy it. 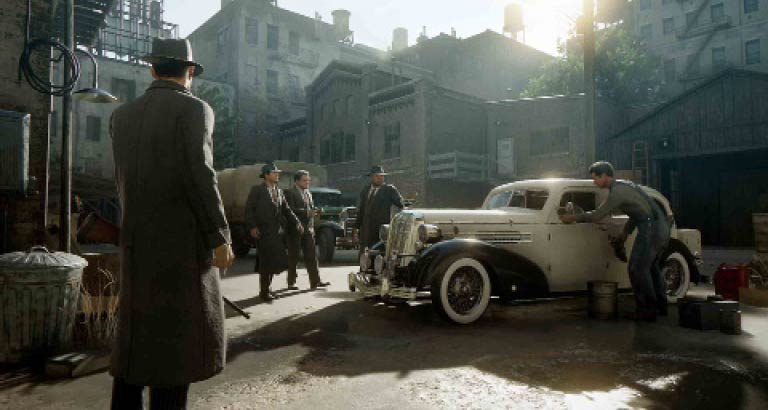 Mafia: Definitive Edition
Mafia: Definitive Edition is a remake of the 2002 game Mafia. Set within the fictional city of Lost Heaven (based on Chicago) during the 1930s, the story follows the rise and fall of taxi driver-turned-mobster Tommy Angelo within the Salieri crime family. Alongside the story mode, players can also explore the city in an open world format, which features side missions and the ability to find secrets at their own leisure. The remake brought with it several improvements to the original’s story and gameplay, including a rebuilt setting, enhanced mission dynamics and the introduction of motorcycles to the series.