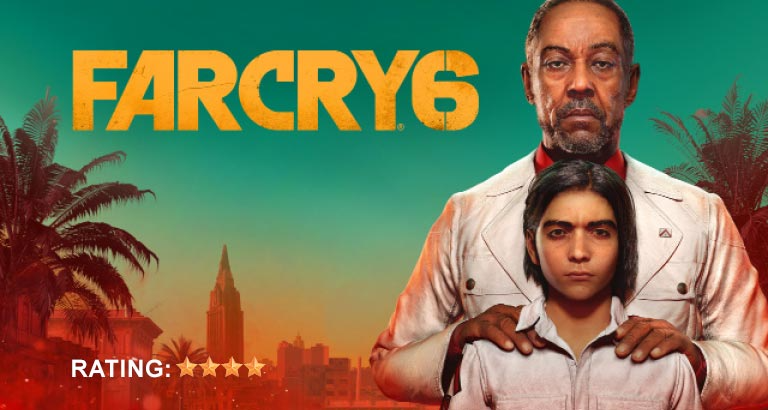 Verdict: A fun if familiar ride

What is it?
Far Cry 6 is an action-adventure first-person shooter game developed by Ubisoft Toronto and published by Ubisoft. Set in a fictional Caribbean island Yara (which is loosely based on a modern-day Cuba), ruled as a dictatorship by “El Presidente” Antón Castillo (portrayed by Giancarlo Esposito) who is raising his son Diego to follow in his rule, the player takes the role of guerrilla fighter Dani Rojas, attempting to topple Castillo and his regime.

Gameplay
Similar to the previous entries in the series, Far Cry 6 is set in an open world environment which the player can navigate on foot or via using various land vehicles, combat vehicles, watercrafts or aircrafts. The gameplay mainly focuses on armed and close-quarters combat, while also allows the player to freely roam and explore Yara’s 88 km² environment. The game incorporates many elements found in role-playing games, including upgradeable guerrilla camps and gear customisation mechanics in order to uniquely tailor the gameplay experience.

Graphics
The series’ latest open world evokes the more lush, jungle terrain of earlier games, while there’s also the return of technologies like fire spread – its omission much lamented in Far Cry 5. While gameplay hasn’t progressed significantly, there are a range of new graphics features, along with ray tracing on PC and a focus on 60 frames per second on the latest generation of consoles. However, despite some of the finest acting talent in the world, the cutscene animations are average at best. There is no movement in the eyebrows, the lip sync is off and soulless eyes make characters look devoid of life and emotion 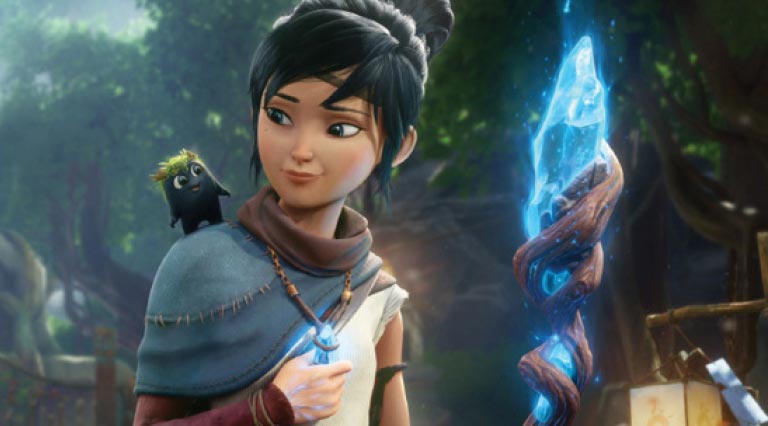 Kena: Bridge of Spirits
Kena: Bridge of Spirits is an action-adventure game which follows Kena, a young spirit guide who uses her magical abilities to help deceased people move from the physical to the spirit world. The game is presented through a third-person perspective and the player uses Kena’s staff for attacking enemies and her pulse ability for defending against attacks. They are tasked with collecting small spirit companions known as the Rot, who help to complete tasks and battle against enemies. 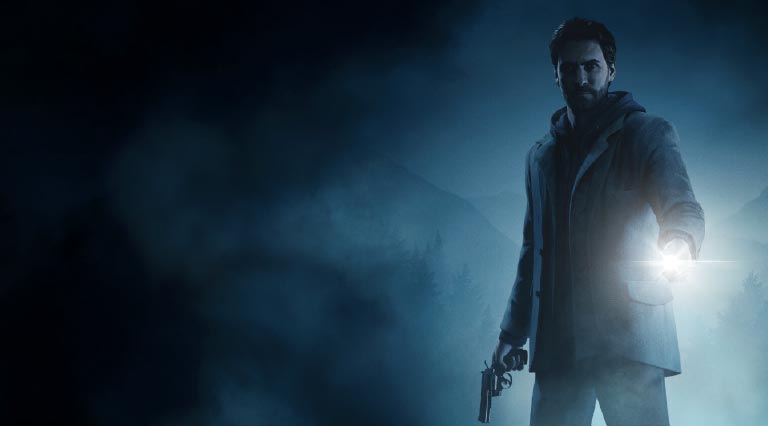 Alan Wake Remastered
Troubled author Alan Wake embarks on a desperate search for his missing wife, Alice. Following her mysterious disappearance from the Pacific Northwest town of Bright Falls, he discovers pages of a horror story he has supposedly written, but he has no memory of. Wake is soon forced to question his sanity, as page by page, the story comes true before his eyes. This Remastered edition offers the complete experience, with the main game and its two story expansions – The Signal and The Writer – in stunning new 4K visuals. The tense, episodic story is packed with unexpected twists, heart-stopping cliff hangers, and intense bursts of combat where it takes more than bullets to banish the darkness. 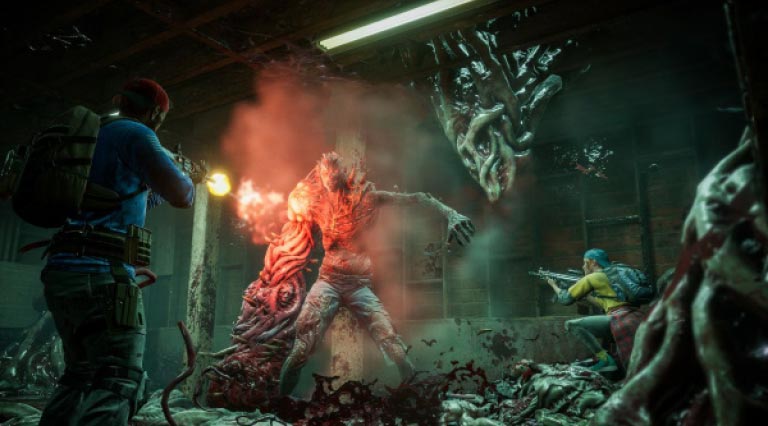 Back 4 Blood
Back 4 Blood is a thrilling cooperative first-person shooter from the creators of the critically acclaimed Left 4 Dead franchise. You are at the centre of a war against the Ridden. These once-human hosts of a deadly parasite have turned into terrifying creatures bent on devouring what remains of civilisation. With humanity’s extinction on the line, it’s up to you and your friends to take the fight to the enemy, eradicate the Ridden and reclaim the world.