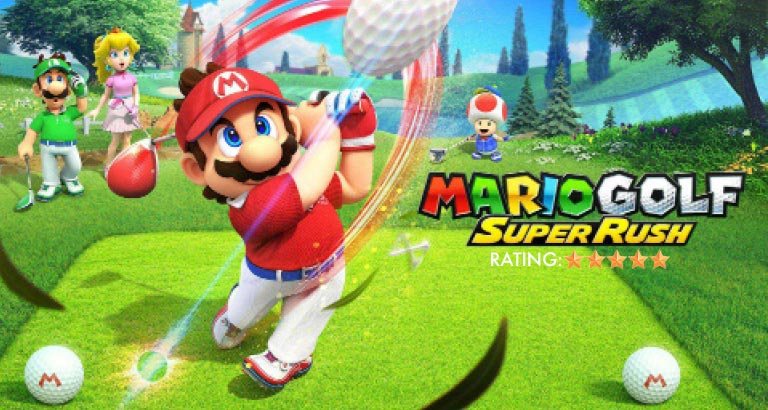 What is it?
Mario Golf: Super Rush is a golf video game developed by Camelot Software Planning and published by Nintendo for the Nintendo Switch. It is the sixth instalment in the Mario Golf series following Mario Golf: World Tour in 2014 and is part of the larger Mario franchise. The game features various characters from the Mario franchise competing in golf, with regular competition and other modes.

Gameplay
The fundamental gameplay is comparable to previous entries in the Mario Golf series. Through traditional golf rules, the player’s primary objective is to get the ball into each hole with the fewest possible number of strokes, using the various golf clubs available to them. Multiple tools are available to players for strategic benefit, such as the ‘Shot Gauge’ showing the direction and the curve of the ball against slopes and the scan feature, which allows the player to better assess the elevation of terrain. The game offers both conventional button controls for taking shots and motion controls to simulate hitting the ball with a swing.

Graphics
There are six courses in total, which isn’t a huge amount (especially when compared to World Tour, which had 10) but at least they offer variety. The super sandy Balmy Dunes will test your approach play, while Wildweather Woods has (you guessed it) wild weather to contend with. They’re each visually appealing in their own ways, and while Super Rush doesn’t look like a top-tier Nintendo game graphically, it bursts with colour – especially when playing in handheld mode. 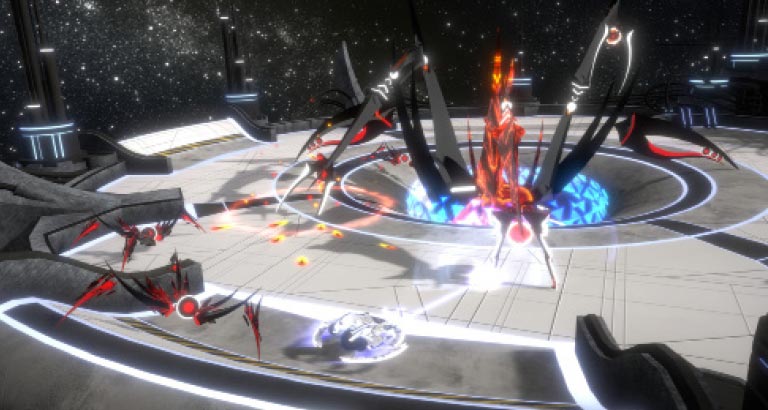 CURVED SPACE
Curved Space is an intense arcade-style twin-stick shooter that takes the classic formula and plunges it into the weirdest reaches of space. Battle cosmic space-invading spiders across curved landscapes where bullets hug the terrain while the horizon drops sharply out of sight. 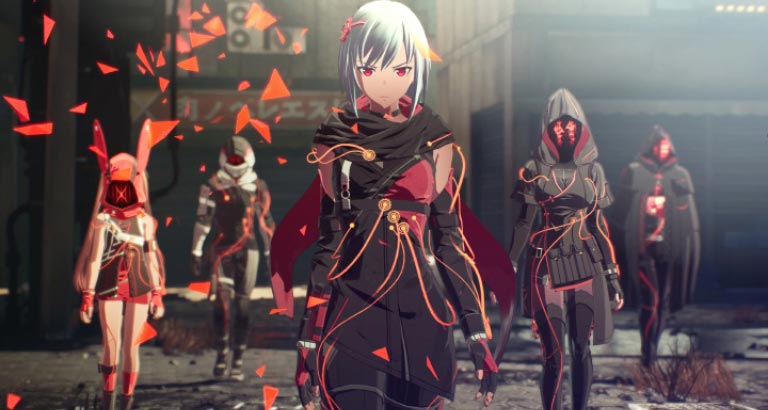 SCARLET NEXUS
Scarlet Nexus is set in both the near future and an alternate reality where humanity has developed technology and formed a society based on the substances found in human brains. These substances also grant humans extrasensory superpowers. The Other Suppression Force (OSF) recruits members with supernatural abilities, including your character, to protect humanity from the Others, mindless mutants which descend from the Extinction Belt. 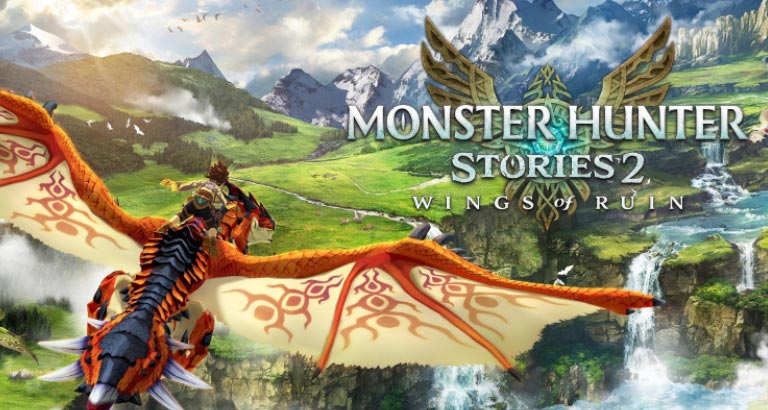 MONSTER HUNTER STORIES 2: WINGS OF RUIN
Monster Hunter Stories 2: Wings of Ruin offers both RPG and Monster Hunter fans a unique new experience with a rich storyline featuring charming characters, challenging quests and friendly encounters with familiar monsters from the Monster Hunter series. Assuming the role of a young Monster Rider who can use a Kinship Stone to form strong bonds with monsters, players can gain experience and improve their skills to form deeper connections with these wonderful creatures. When ready, players can embark on memorable adventures filled with dramatic events and heart-warming friendships as the epic tale unfolds.