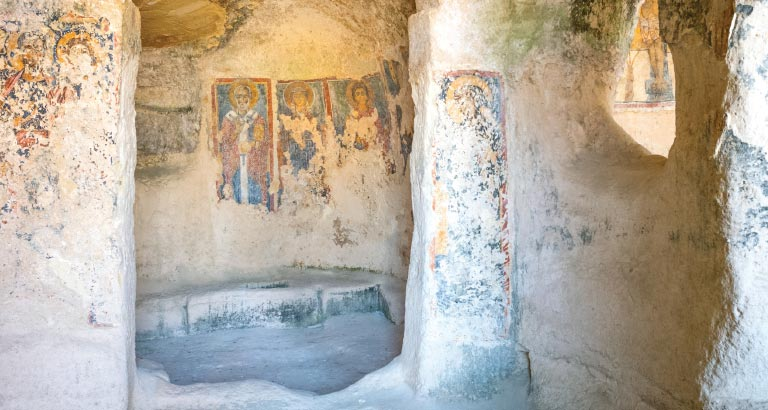 Once a well-kept secret, this gorgeous city, built into the rock of a ravine, has been popping up on ‘must-see’ lists rather a lot just recently thanks, in part, to its 2019 status as the European Capital of Culture.

Found down south towards the foot of Italy’s boot, Matera is known as la città sotterranea (“the underground city”). In its historical centre, the Sassi (cave dwellings), along with the park of the Rupestrian Churches, were awarded World Heritage Site status by UNESCO in 1993. This area comprises a complex of houses, churches, monasteries and hermitages built into the natural caves of the Murgia. Covering an area of 1,016 ha, the remarkable and intact troglodyte settlement contains more than 1,000 dwellings and a large number of shops and workshops. 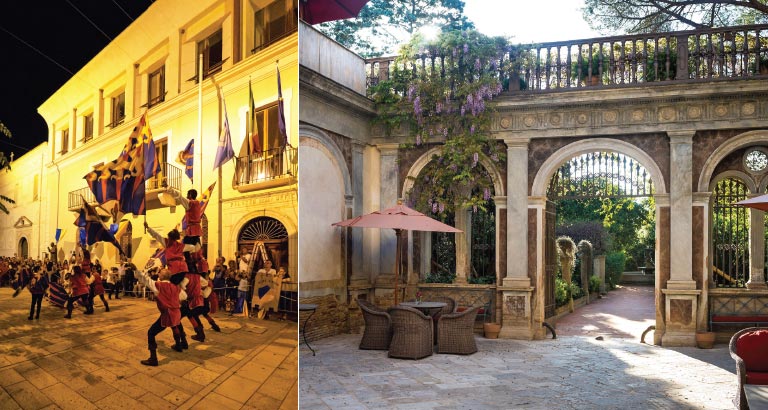 You can find authentic Sassi for rent on Airbnb, and, in fact, there’s quite a market for would-be renovators as they are also turned into galleries, restaurants and charming cave hotels. And, if you’re up for a spot of name dropping, the former family home of Francis Ford Coppola is now a rather gorgeous hotel, the Palazzo Margherita, in nearby Bernalda.

When in search of food in Matera, look out for the brilliant handmade cavatelli and orecchiette pasta. There are several fine-dining options, such as the highly recommended Vitantonio Lombardo Ristorante, but also lots of home-style eateries where you’ll find local flavours aplenty, such as the mild sun-dried chillis that infuse many of the most popular local dishes. 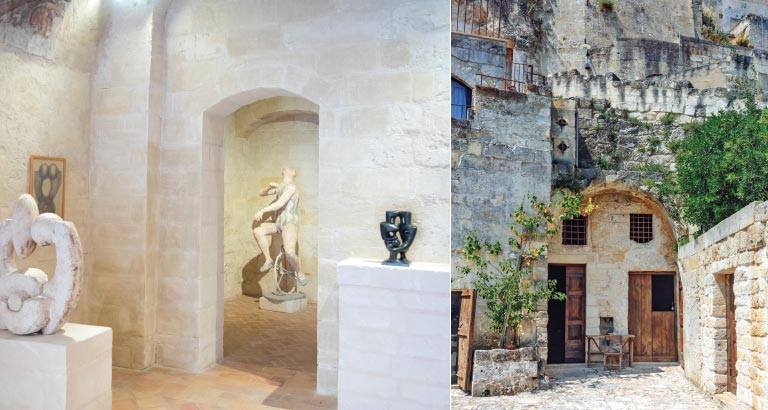 According to 2foodtrippers.com: “The charcuterie in Matera is second to none. When you eat at Trattoria del Caveoso, be sure to try the lonza. Their take on the cured loin is as buttery as sushi.”

Not surprisingly, the intriguing surroundings have given rise to a plethora of small, intimate art galleries and spaces; it’s worth spending an afternoon strolling from one to the next. And, being such an ancient city, there are plenty of museums to explore, including one housing contemporary sculpture and another dedicated to olive oil!

There’s also plenty of shopping – both artsy and designer pieces and local foodstuffs. And throughout the year there will be regular events in line with Matera’s European Capital of Culture status.