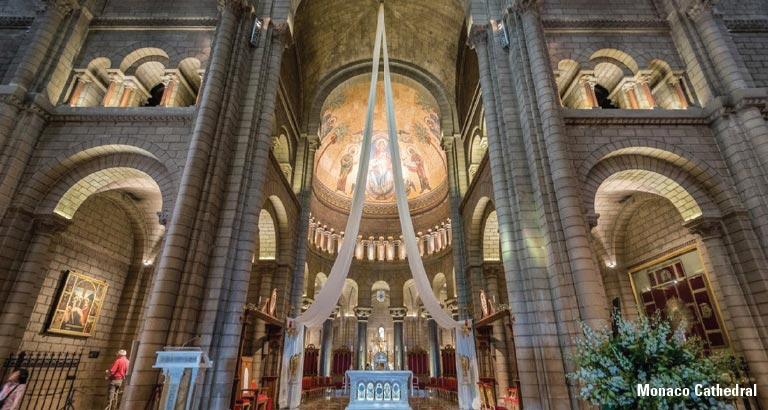 In the south-east of France, only 10km from Italy, Monaco is an  independent microstate on the French Riviera known for its extravagant casinos, yacht-lined marina and prestigious Grand Prix race, which runs through its streets once a year. The capital, Monte Carlo, takes up most of its area, and one can walk across it in approximately an hour. But the fantastic range of attractions that Monaco offers is surprising.
Here are the top five:

Palais Princier de Monaco
This palace is the official residence of the Sovereign Prince of Monaco. Built in 1191, the ancient Genoese fortress can be reached after strolling through the souvenir shop-filled Monaco-Ville. The palace has a dramatic story to tell, and if you get there at 11.55am, you’ll catch the daily changing of the guard; a solemn military ritual. When the Prince is not in residence, areas such as the Palace Chapel, the Hercule Gallery, the Mirror Gallery, the Yellow Room or Louis XV Bedroom, and the Throne Room, are open to the public.

Collection de Voitures Anciennes
The Museum of Antique Automobiles is the personal collection of Prince Rainier III’s vintage vehicles. It displays nearly 100 vehicles, which range from horse-drawn carriages to the Rolls Royce that Grace Kelly rode in on her wedding day, as well as racing cars to antiques. Those who are not exactly car geeks will also enjoy witnessing the stately silhouettes, regal bodywork, shiny bonnets and magnificent grilles of the vehicles.

Parks and Gardens
Monaco is known for serenely beautiful public gardens, the Jardin Exotique de Monaco being one of the most renowned. Located in the centre of town, it is especially famous for the cactii and succulents it grows. The entrance ticket includes access to a cave within the gardens that’s full of stalactites and stalagmites. The tranquil Princess Grace Rose Garden located within Fontvieille Park is laid out in English style, but the olive trees give it a Mediterranean character. The peaceful Japanese Garden is a wonderful Zen experience. 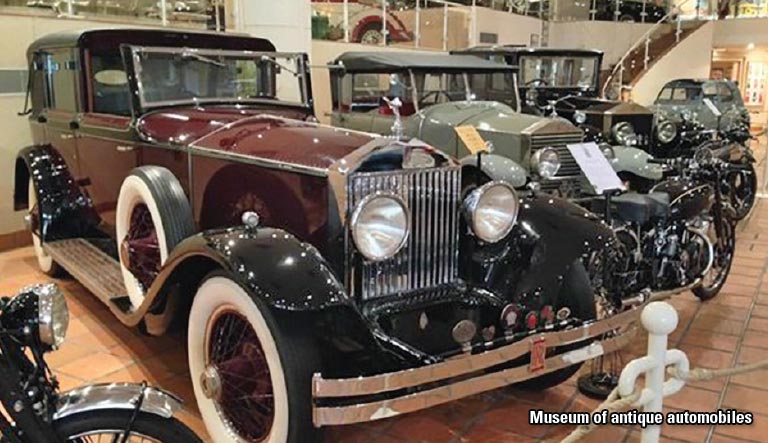 Monaco Cathedral
Built with white La Turbie stones in the Roman-Byzantine style, this imposing structure houses the remains of the royal family of Monaco, including Prince Rainier and Grace Kelly. It was also the place where the couple tied the knot in 1956. The chapels inside are dedicated to Sainte Devote, Saint Roman and the Saint Sacrament, with a 16th-century altarpiece of Saint Nicolas, which was painted in 1500. 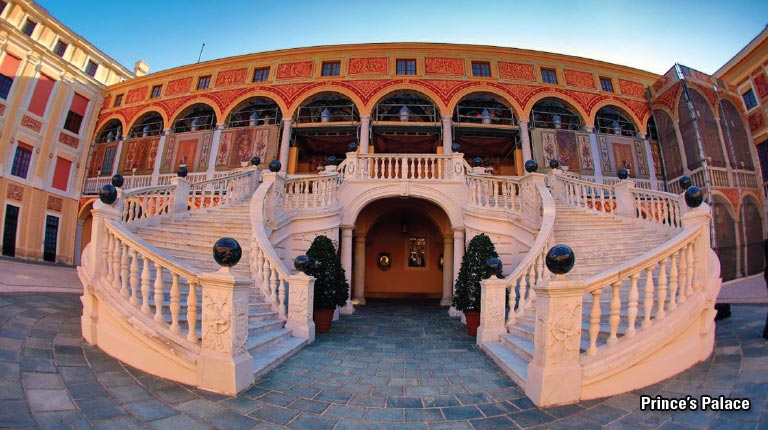 Métropole Shopping Center
This retail arcade not only has 80 of the best high-end boutiques and five restaurants, but also a story to tell. Lebanese traveller, Nabil Boustany, fell in love with Monaco, and decided to build an astonishing complex in Monte-Carlo, in collaboration with some of the world’s best architects. The mall was opened in 1988, with opulent interiors inlaid with precious materials. Genuine Italian marble gives the place a modern Mediterranean feel and Bohemia crystal chandeliers impart an air of magnificence.