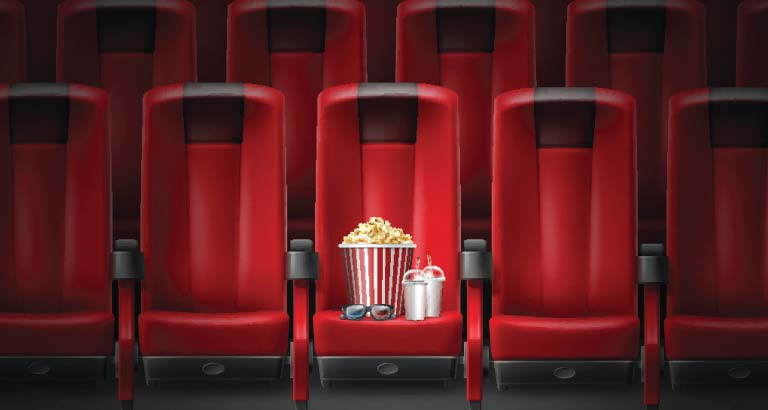 From thrillers to dramas, October has a host of new releases to indulge in. Suzanne Nicholas brings you the top picks of the month – check them out!

Chris (Ike Barinholtz) and Kai (Tiffany Haddish) choose not to sign a mandatory loyalty oath to the President. Thanksgiving dinner with Chris and Kai’s family becomes a stressful affair when heated political discussions get uncomfortable, on top of which, two government officials make an unannounced visit to their home.

In this biographical drama, Ryan Gosling brings to life Neil Armstrong’s spectacular space mission that made him the first man to make it to the moon. Based on the book First Man: The Life of Neil A. Armstrong, the film follows the years leading up to the legendary event.

Felix Van Groeningen’s first English feature debuted at the Toronto International Film Festival in September, receiving rave reviews from critics. Based on a father and son’s set of memoirs, the film tells the heart-wrenching tale of a family’s trials on the long road to recovery from addiction.

This upcoming thriller revolves around seven strangers staying at a dodgy motel, each with their own dark secret, and a wish to redeem themselves. Directed by Drew Goddard, the film’s stellar cast includes Jon Hamm, Chris Hemsworth and Dakota Johnson, and film enthusiasts cannot wait for its release.

Matthew McConaughey’s character, Baker Dill, lives a tranquil life that is disturbed when his ex-wife, Karen (Anne Hathaway), comes to him desperately seeking help to save their son from her new violent husband. The events that unfold wreak havoc on Dill’s moral compass, as he is forced to do things he doesn’t want to, thrust back into a life he had left behind.

What They Had
Genre: Drama
Release Date: October 19

What they Had is a family story of a mother with Alzheimer’s, a son who believes she should be put into a care facility, a father who disagrees wholeheartedly, and a daughter who gets caught right in the middle of this domestic conflict.

Based on the true story of Army chaplain Darren Turner and his wife, Heather, this story follows the harsh realities of war on families. When Darren is deployed to Iraq, Heather has to single-handedly take care of her three children. Struggling to stay connected, will their marriage survive the toll war takes on them?

Assembling an elite group of Navy SEALs, US submarine captain Joe Glass attempts to save the kidnapped Russian president, and thereby the world order. Starring Gerard Butler, this naval warfare film is guaranteed to be every bit as thrilling and action-packed as have been all Gerard Butler action films in the past.