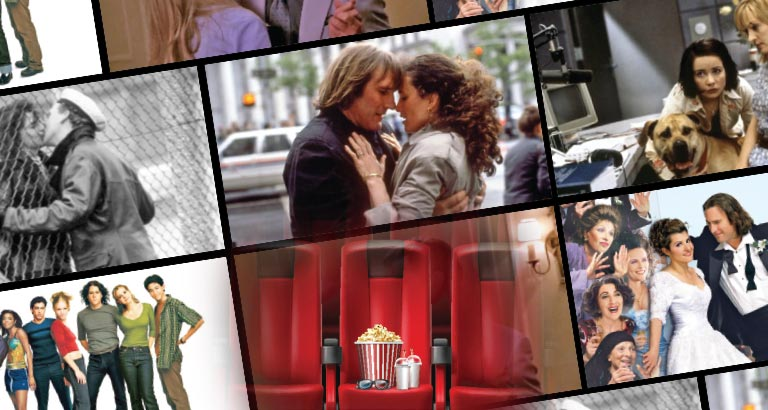 Valentine’s is fast approaching. If you’re not heading out on a date with your significant other, how about a night snuggled up together on the sofa with some of BTM’s favourite romantic movies. Some of our picks may surprise, they’re certainly old but gold. Give them a try.

Letter to Brezhnev
Genre: Comedy, drama, romance
Release Date: 1985
Set in the days before the collapse of the Soviet Union, this is a bittersweet tale of its time with outstanding performances from Margi Clarke, as Teresa, and Alexandra Pigg, as Elaine. Two Soviet sailors, Peter and Sergei, go ashore in Liverpool to spend one night on the town. They meet the girls and Elaine and Peter immediately fall in love, but the men must leave with the ship. Elaine can’t forget Peter and writes a letter to Soviet General Secretary Leonid Brezhnev, asking him to make it possible for them to reunite. By the way, they ended up together in real life.

Green Card
Genre: Romantic comedy
Release Date: 1990
Set in the days when illegal US immigration and marriages of convenience were still a laughing matter, Frenchman Georges Fauré (Gérard Depardieu) marries Brontë Parrish (Andie MacDowell) in a bid to get a Green Card. The pair are cliché extreme opposites who are forced to live together when immigration agents come calling to check their story. Hilarity ensues and, of course, love develops but the course of true love is, as ever, not smooth. The pair are rumbled. Watch to the end for the final “Ahhh” moment.

The Truth About Cats and Dogs
Genre: Romantic comedy
Release Date: 1996
It’s not a cat and dog romance but it does feature a fabulous large canine…in roller skates! A case of mistaken identity leads Brian (Ben Chaplin) to assume the gorgeous Noelle (Uma Thurman) is the radio host vet he has clicked with over the phone. The voice of his dreams is actually the shorter, rounder but no less attractive Dr Abby (Janeane Garofalo). Abby, who is somewhat lacking in confidence, persuades Noelle to take her place on dates, while she continues to woo Brian over the phone. The truth, of course, must eventually come out.

10 Things I Hate About You
Genre: Teen comedy, romance
Release Date: 1999
The Hollywood breakout for the late Heath Ledger, this is a teen angsty, loose reimagining of Shakespeare’s The Taming of The Shrew. Boy moves to new town, meets girl, falls in love. Girl’s dad is difficult and won’t let her date unless her big sis does too. Enter bad boy Patrick (Ledger) who is tasked with winning over the shrewish older sister. All seems to be going well until she learns she’s been set up but, in true romantic style, teen love saves the day.

A really believable performance from Heath Ledger in the movie that also introduced Julia Stiles, Joseph Gordon-Levitt and Larisa Oleynik.

What Women Want
Genre: Romantic fantasy comedy
Release Date: 2000
Nick (Mel Gibson) is a sleazy, chauvinistic advertising executive who, following a freak accident, gains the ability to hear women’s thoughts. He initially uses it to outdo his female work rival but eventually starts to make amends to the women in his life. He builds a relationship with his daughter and, you guessed it, falls for that same rival before a big storm wipes out his new superpower and he has to go back to trying to be a decent person but with some very important new knowledge.

My Big Fat Greek Wedding
Genre: Romantic comedy
Release Date: 2002
A sneaky hit that never made number one at the box office but became one of the highest grossing romantic comedies of all time. It’s the story of Fotoula “Toula” Portokalos, a middle-class, Greek-American woman, from a conservative family, who falls in love with non-Greek, upper-middle-class, White Anglo-Saxon Protestant Ian Miller. Toula wants to break out of the traditional female role. She updates her look, changes her job and gains confidence, before secretly getting together with Ian. The fun really starts when the romance goes public and the wedding planning gets underway.