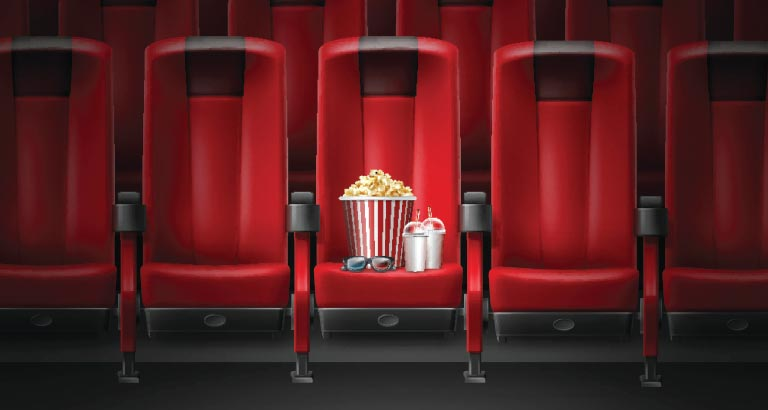 January is traditionally a quiet month for new film releases but there’re are some epic movies coming up in the first half of 2019, show this list to the kids and superhero fans, they’ll be delighted.

The LEGO Movie 2
Genre: Animation, Comedy
Release Date: February 8
The heroes of Bricksburg are reunited for an action-packed mission to save their city. LEGODUPLO invaders from outer space are wrecking everything and the battle to defeat them takes Emmet, Lucy, Batman and their friends to faraway, unexplored worlds. The mission will test their courage, creativity and building skills. Chris Pratt, Elizabeth Banks and Will Arnett reprise their roles from the first movie and they’re joined by a host of new friends.

How to Train Your Dragon 3
Genre: Animation, Adventure
Release Date: February 22
The conclusion to one of the most popular animated movie series of all time. After becoming the Chief of Berk, Hiccup has fulfilled his dream of creating a peaceful dragon utopia, while the sudden discovery of a wild, elusive mate lures Toothless away. When danger threatens their village and tests Hiccup’s reign as chief, Hiccup and Toothless are forced to leave the only home they know. As they travel to a hidden world, thought to only exist in myth, both dragon and rider will fight together to the very end to protect everything they love.

Captain Marvel
Genre: Superhero, Action-Adventure, Sci-fi
Release Date: March 8
Set in the mid-1990s, Captain Marvel follows Carol Danvers, played by Brie Larson, a former US Air Force fighter pilot, as she turns into one of the galaxy’s mightiest heroes – her DNA was fused with that of a Kree during an accident leaving her with superhuman strength, energy projection and the ability to fly. She joins Starforce, an elite Kree military team, before returning home with new questions about her past and identity when the Earth is caught in the centre of a galactic conflict between two alien worlds.

The owner of a failing circus, enlists former star Holt Farrier (Colin Farrell) and his children to care for a newborn elephant whose oversized ears make him a laughingstock. But when they discover that Dumbo can fly, the circus makes an incredible comeback, attracting a persuasive entrepreneur. Dumbo is signed to a larger-than-life entertainment venture, Dreamland, and flies alongside aerial artist, Colette Marchant (Eva Green), until Holt learns that, beneath its shiny veneer, Dreamland is full of dark secrets.

So hotly anticipated that the creators kept even the name under wraps until just recently, simply calling it Avengers 4, this promises to be a must-see for fans of the superhero genre. Adrift in space with no food or water, Tony Stark sends a message to Pepper Potts as his oxygen supply starts to dwindle. Meanwhile, the remaining Avengers — Thor, Black Widow, Captain America and Bruce Banner — must figure out a way to bring back their vanquished allies for an epic showdown with Thanos — the evil demigod who decimated the planet and the universe.

Disney’s reimagining of the Arabic folktale of the same name from One Thousand and One Nights. Will Smith plays the genie with Naomi Scott as the headstrong Princess Jasmine and Mena Masoud as Aladdin. The film tells the tale of Aladdin’s battle to be marry the girl of his dreams with the help of the genie from his magic lamp. Of course, the course of true love is rarely smooth and there are plots and counterplots and the obligatory villain.