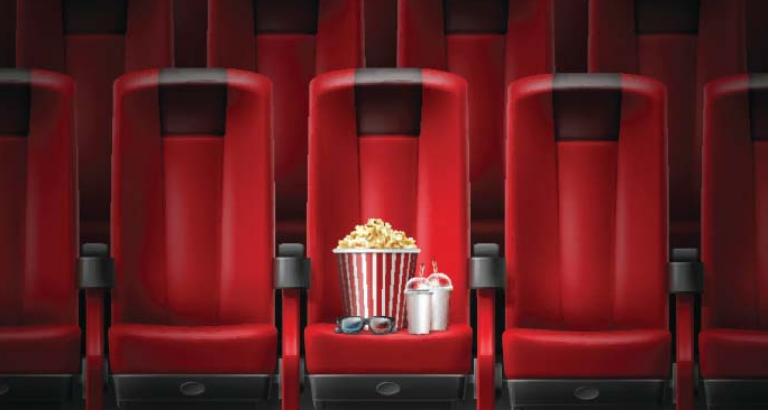 From animations to drama to comedy, November has a host of new releases to indulge in. Suzanne Nicholas brings you the top picks of the month – check them out!

Nobody’s Fool
Genre: Comedy, Drama
Release Date: November 2
Directed by Tyler Perry, starring Tiffany Haddish and Tika Sumpter, the film follows a recently paroled Tanya (Haddish) who helps her sister Danica (Sumpter) get revenge on her boyfriend, who may or may not be a ‘catfish’. Hilarity ensues as the sisters, completely different from each other, join forces with one mission in mind.

Thugs of Hindostan
Genre: Action, Adventure
Release Date: November 8 (India)
Releasing in time for Diwali, Thugs of Hindostan sees Amitabh Bachchan and Aamir Khan together as lead actors, for the first time ever, already an indication of the spectacle this film is to be. Budgeted at USD42 million, making this the most expensive Bollywood film to date, expect some intense action sequences and the unfolding of an epic story.

The Grinch
Genre: Animation, Comedy, Family
Release Date: November 9
Join the adventure that sees The Grinch attempt to ruin Christmas for the people of Whoville (yet again!). Based on the original Dr Seuss story, How the Grinch Stole Christmas, this children’s animation, voiced by a host of notable actors, is sure to kick-start the spirit of Christmas.

Instant Family
Genre: Comedy
Release Date: November 16
Pete (Mark Wahlberg) and Ellie (Rose Byrne) decide to look into foster care adoption where they meet, and take in, three siblings – a big change from their one child plan. The film follows the duo on the fast track to learn the many parenting skills they need to become a family.

Widows
Genre: Crime, Drama, Thriller
Release Date: November 16
Directed by Steve McQueen, this thriller is one of the most-awaited watches of the month. When a heist goes awry, the now-widowed wives of those involved team up to finish the job their husbands started. Featuring a stellar cast, the film will somehow have you rooting for the criminal heroines.

At Eternity’s Gate
Genre: Biography, Drama
Release Date: November 16
Capturing the essence of the renowned artist, Vincent van Gogh, and portraying it on a cinematic canvas, At Eternity’s Gate gives the curious a glimpse into the last unhappy years of the artist’s life, leading up to his death. Exceptional actor, Willem Dafoe, assumes the role of van Gogh in the film.

Robin Hood
Genre: Action, Adventure
Release Date: November 21
Robin Hood, starring Taron Egerton, is the re-imagined adventure, based on the age-old tale of the same name. The film functions as a prequel to the story, complete with automatic weaponry and flashy armour. The trailer promises great things, so be sure not to miss out.

Ralph Breaks the Internet
Genre: Animation, Adventure, Comedy
Release Date:  November 21
Six years after the release of Wreck-It Ralph, this animated 3D sequel focuses on another journey that Ralph and Vanellope embark on, after being forced out of their game, Sugar Rush. On discovering a Wi-Fi router in their arcade, the pair go on a wild adventure – one that will be enjoyed by all.