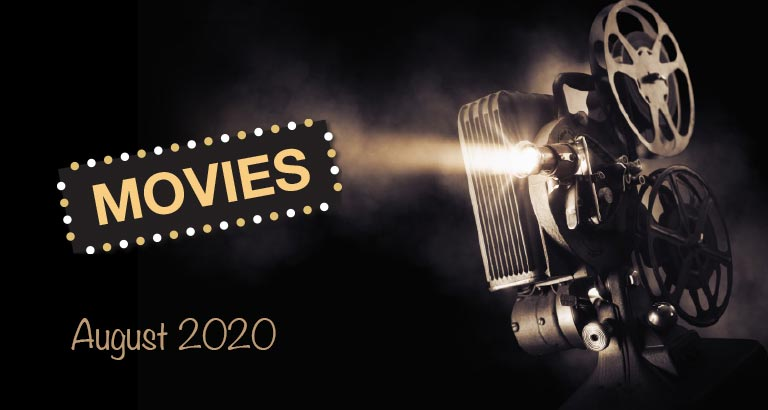 A quirky love letter to all the great classic films, penned in the unmistakable style of Michel Gondry (Eternal Sunshine of the Spotless Mind), one of the most unique voices on the indie scene. Jack Black and Mos Def play two video store clerks who inadvertently erase every tape in their catalogue. However, with demanding and undeterred customers, they are obligated to personally recreate said films with their own camera, on a budget of zero dollars. The results bring together a community’s love of film to a heart-warming culmination, and cements the two bumbling leads with a whole cinematic legacy of their own. 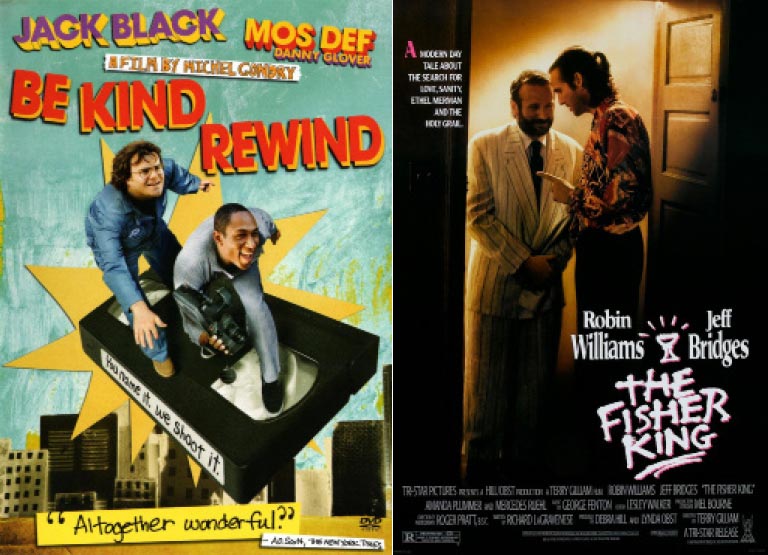 Judging by filmography alone, none hold a candle to the whimsy and craft of Terry Gilliam (Monty Python, Brazil, Time Bandits, Fear and Loathing in Las Vegas), however his true standout work just happens to be his most minimal. A parable of the eponymous legend, we are taken on a journey of the rise and fall of Jeff Bridges’ foul mouthed DJ persona Jack, and his redemption via his unexpected friendship with Robin Williams’ deranged but loveable Parry, with their vastly opposite destinies intertwined by a trick of fate. The scene alone, where Parry sees the love of his life at the train station, has to be one of the most beautiful and magical sequences ever put to screen.

Stepping out of his usual thematic comfort zone, Martin Scorsese delivers a simply magical voyage in telling the story of a young orphan boy, living in a Paris train station in 1931. Discovering an old automaton belonging to his late father, the secrets unlocked along the way lead to answers beyond expectation and imagination, as fantasy gives way to the birth of the first sci-fi films ever created by the fabled pioneer Georges Melies. From Paris to the Moon, and every beautiful thing in-between, this film is now rightfully included in the list of “1001 Films to Watch Before You Die”. 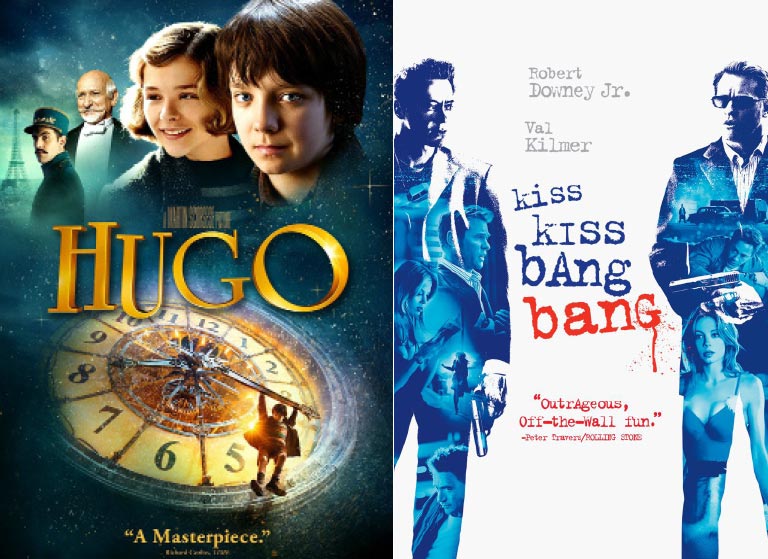 For fans of Guy Ritchie and the Coen Brothers, Shane Black’s (Iron Man 3) debut film serves as much more than a cheap imitation. A darkly comic crime thriller set in the underbelly of Hollywood, bringing together a private eye (Kilmer), a struggling actress (Monaghan) and a master con-man masquerading as an actor (Downey), tying them all into an absurd conspiracy that will tickle even the guiltiest of funny bones. Eclectic dialogue, eccentric circumstances and an unexpected climax make this underrated gem a definitive staple for the genre.

When it comes to sci-fi horror, we can all name the Alien Franchise and Event Horizon without even blinking, however very few will even remember this under-the-sonar classic by the great Barry Levinson (Rain Man, Good Morning Vietnam). A team of scientists investigates the discovery of an unidentified object at the bottom of the ocean, inside of which they find a perfect metallic sphere. What follows is a series of events literally akin to a nightmare, with mind-boggling and bizarre consequences for the entire crew. 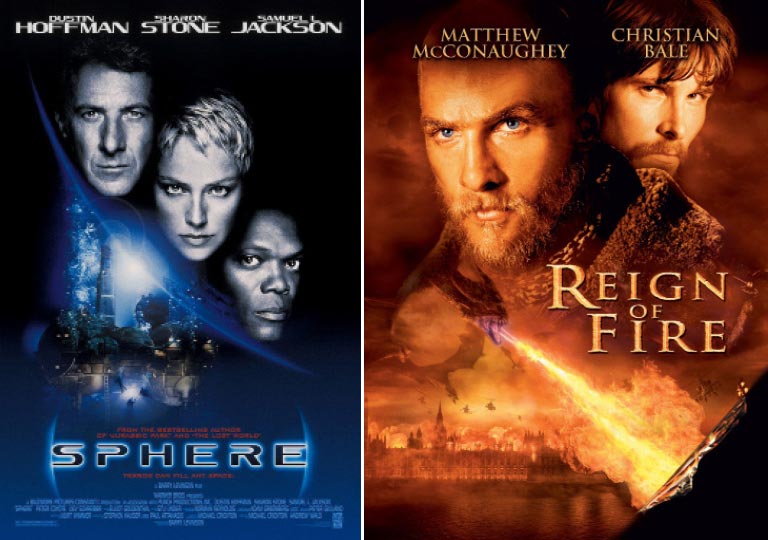 Before the dragon craze of Game of Thrones came this genius work of post-apocalyptic proportions. With CGI that has genuinely stood the test of time and a no-nonsense approach to the pure devastation that such creatures may reap on our world – it’s frankly shocking how far this film has fallen under the radar. An early career defining performance by a practically unrecognizable Matthew McConaughey, coupled with a hyper-realistic, scientific approach to the storytelling makes this a perfect escapist gem for fantasy and sci-fi aficionados.

Written, directed by and starring cinema legend Anthony Hopkins – this surreal, self-reflexive ode to filmmaking takes the viewer on a trip into the mind of a celebrated screenwriter’s descent into a world where reality is stranger than fiction. With the stellar casting additions of Jeffrey Tambor, Stella Hopkins, Christopher Lawford and the late Michael Clarke Duncan, as well as the hypnotic visuals and deep philosophical exchanges of dialogue, the only word eloquent enough to describe this masterpiece is “sublime”. 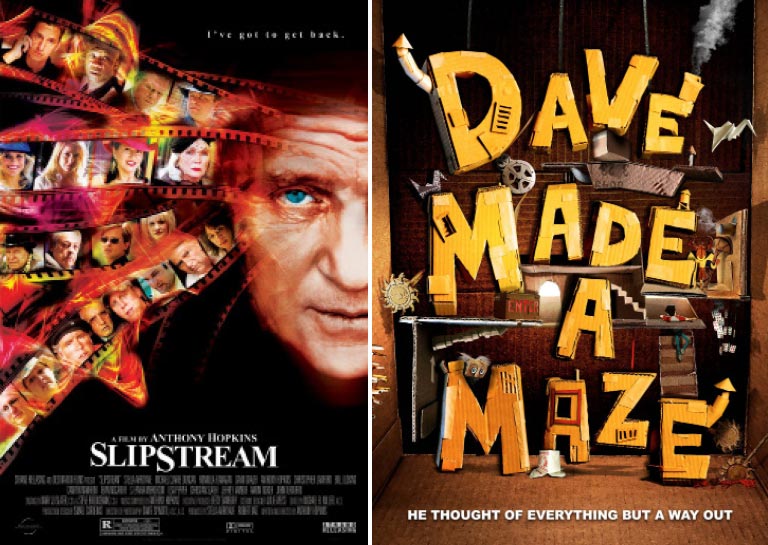 In a cinematic environment where it’s all about the special effects and epic storylines, nothing was more refreshing than coming back to the basics with this indie sleeper. Filmed on a minimal budget within a self-contained cardboard setting, with brilliant characters and off-beat humour – this allegory of anxiety and self-discovery is as heart-felt as they come, with many an artistic mind surely able to relate.

After his inimitable performances in The Godfather, Raging Bull, King of Comedy and Goodfellas, and following in the footsteps of the acclaimed directors of said films - Robert De Niro helms his own endeavor in highlighting aspects of Italian American culture. A very down-to-earth, true-to-life tale of a father’s struggle with his son befriending the local head Mafioso, and the consequences the relationship reaps on both the family and community as a whole. A slow-burner with incredible emotional pay-off, and undoubtedly a great a directorial debut. 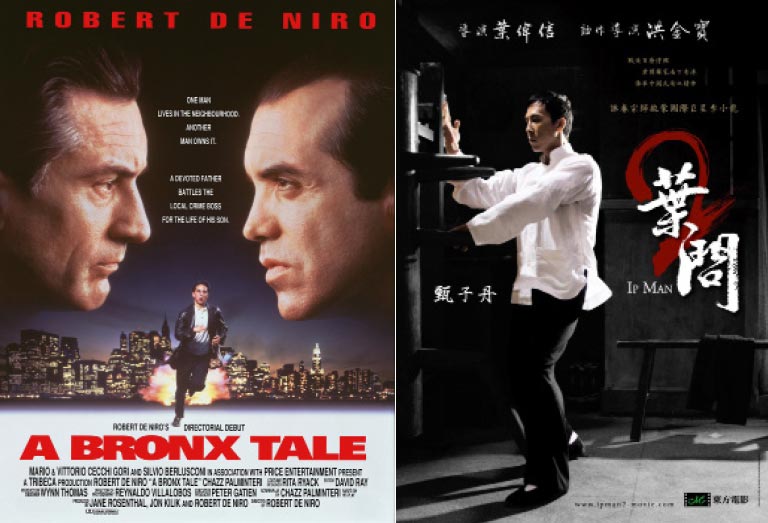 For lovers of classic martial arts films, none serves as a greater tribute than this absolute masterwork of storytelling and fight choreography. Donnie Yen portrays the eponymous Ip Man (Bruce Lee’s trainer and mentor) during his years in Hong Kong in the late 1940s, attempting to set up a school propagating the discipline of Wing Chun. From facing off against the council of masters, to entering the ring against a champion boxer (Darren Shahlavi), as well as the renowned market fight sequence – there is more than enough action to truly appreciate the physical and mental limits of a true master.